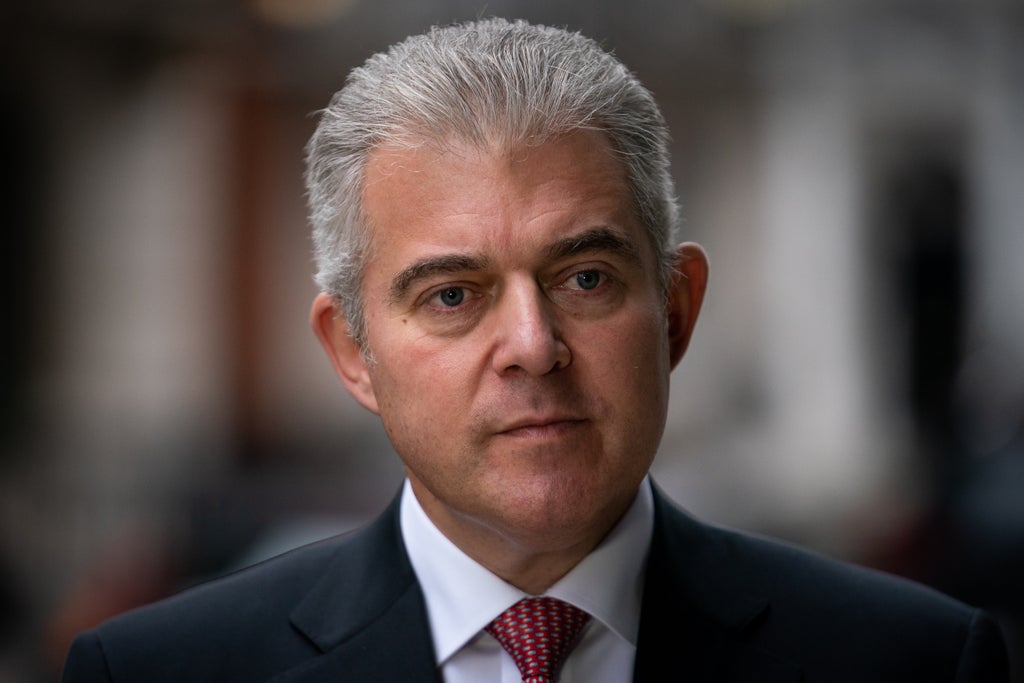 But shadow Northern Ireland secretary Peter Kyle has warned that the Good Friday Agreement is now under “huge pressure” because of the Government’s handling of issues around the protocol.

European Commission vice-president Maros Sefcovic and Foreign Secretary Liz Truss met in London on Friday as part of their attempt to break the deadlock over the protocol and committed to intensive talks over coming days.

But DUP leader Sir Jeffrey Donaldson has since warned that there has been “very little progress” in the ongoing discussions and said he does not expect to see a breakthrough before Stormont Assembly elections in May.

“The best way to resolve it is by agreement because that gives certainty, stability for businesses and people in Northern Ireland.

“One of the points the DUP make, so do Sinn Fein, is we need to resolve the problems with the protocol to make sure the people in Northern Ireland can access goods and products in the way they always have done.”

Northern Ireland was plunged into fresh political upheaval recently when the DUP withdrew Paul Givan as first minister in protest at the protocol.

The party said the post-Brexit deal, which has created trade barriers between Northern Ireland and the rest of the UK, had undermined a cornerstone of powersharing in the region – governance with the consent of both nationalists and unionists.

Boris Johnson signed the protocol with the EU as a measure to stop a hard border being erected, and jeopardizing the peace process, on the island of Ireland.

But his Government is trying to renegotiate the deal, arguing that it is hampering the movement of goods between Britain and Northern Ireland and damaging community relations.

Stormont Assembly elections are scheduled for May 5, but in the meantime there is no functioning Executive.

Mr Kyle blamed the Government for the political crisis in Northern Ireland during an appearance on Sky’s Trevor Phillips On Sunday.

He said: “We have a Prime Minister that goes to Northern Ireland, makes an absolute solemn promise there will be no border down the Irish Sea and has no intention of honoring that promise, and in fact breaks it straight away.

“This has put a division right down Northern Ireland at a time when politics is already fragile.

He added: “I am afraid this is a Government who has played fast and loose with the Good Friday Agreement and all of the measures which have delivered peace, stability and economic growth in Northern Ireland and that is a real worry.”