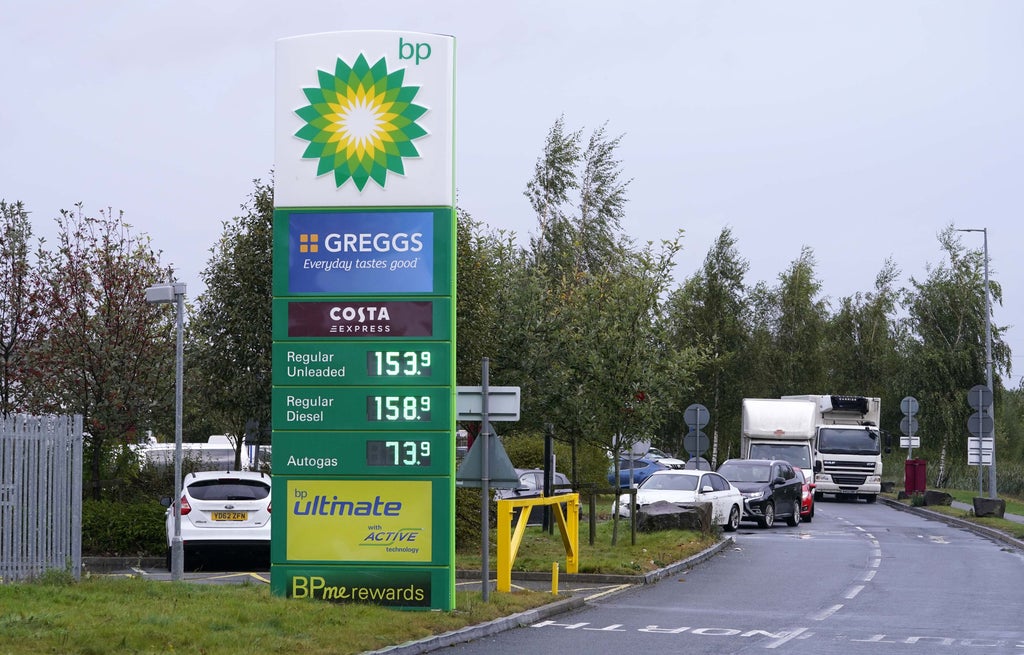 BP will sell its 14 billion dollar (£10.4 billion) stake in oil producer Rosneft, which it co-owns with the Kremlin, after facing pressure from the Government.

The oil firm’s chief executive Bernard Looney is also resigning from the Rosneft board with “immediate effect”, it said in a statement.

Business Secretary Kwasi Kwarteng held a virtual call with Mr Looney for around 20 minutes on Friday to discuss the company’s position.

BP chairman Helge Lund said: “Russia’s attack on Ukraine is an act of aggression which is having tragic consequences across the region.

“BP has operated in Russia for over 30 years, working with brilliant Russian colleagues.

“However, this military action represents a fundamental change.

“It has led the BP board to conclude, after a thorough process, that our involvement with Rosneft, a state-owned enterprise, simply cannot continue.

“We can no longer support BP representatives holding a role on the Rosneft board.

“The Rosneft holding is no longer aligned with BP’s business and strategy and it is now the board’s decision to exit BP’s shareholding in Rosneft.

“The BP board believes these decisions are in the best long-term interests of all our shareholders.”

Mr Looney said: “Like so many, I have been deeply shocked and saddened by the unfolding situation in Ukraine and my heart goes out to everyone affected.

“It has caused us to fundamentally rethink BP’s position with Rosneft.

“I am convinced that the decisions we have taken as a board are not only the right thing to do, but are also in the long-term interests of BP.”

BP admitted last year that sanctions on Russia could be problematic for its business, as global leaders are lining up to impose an even more stringent economic retaliation against the Kremlin.

“Russia’s unprovoked invasion of Ukraine must be a wake-up call for British businesses with commercial interests in Putin’s Russia.”

BP owns a 19.75% stake in the Russian oil company, while the Russian government owns around 40% of the business.

The stake was worth around 14 billion dollars on BP’s books at the end of 2021.

The business said it would reassess the value of the stake and then take that off its results when it presents figures for the first quarter of this year.

It could then try to find a buyer for the shares, or even write them off completely.

AJ Bell investment director Russ Mold said BP might be getting ahead of events, avoiding a seizure by the Russian government, and calming public anger at home.

“We’ll obviously have to find out what price they get. I guess given that they’re keen to sell, they might not necessarily get top dollar for it,” he told the PA news agency.

“But equally, proactively looking to sell is probably better than waiting for the asset to be taken off them by the Russian government in a worst case if they decide to retaliate to sanctions, or coming under public or political pressure to hold a fire sale.

“I’m sure their shareholders will be relieved and pleased perhaps to extricate themselves from a situation that could cause them some considerable reputational difficulty, even if Rosneft accounted for around a sixth of (BP’s) underlying profits last year.”

It is unclear who might want and be able to afford to buy the stake.

Mr Mold added: “Given that Bernard Looney’s antennae are clearly very finely attuned to the E part of ESG (environmental, social, and governance), I guess we probably shouldn’t be that surprised he’s equally attuned and responsive to the S and G issues as well.”

BP’s former chief executive Bob Dudley will also step down from Rosneft’s board, and BP will exit three joint ventures with Rosneft within Russia, which had a book value of around 1.4 billion dollars (£1 billion).

Mr Looney will give up his position on the board of the trustees of the Russian Geographical Society.

Liberal Democrat leader Sir Ed Davey said: “I welcome BP’s decision to pull out of Rosneft because of Putin’s horrifying war in Ukraine. We now need all other British companies to follow suit, with immediate effect, and the Government to step up with stronger sanctions.”