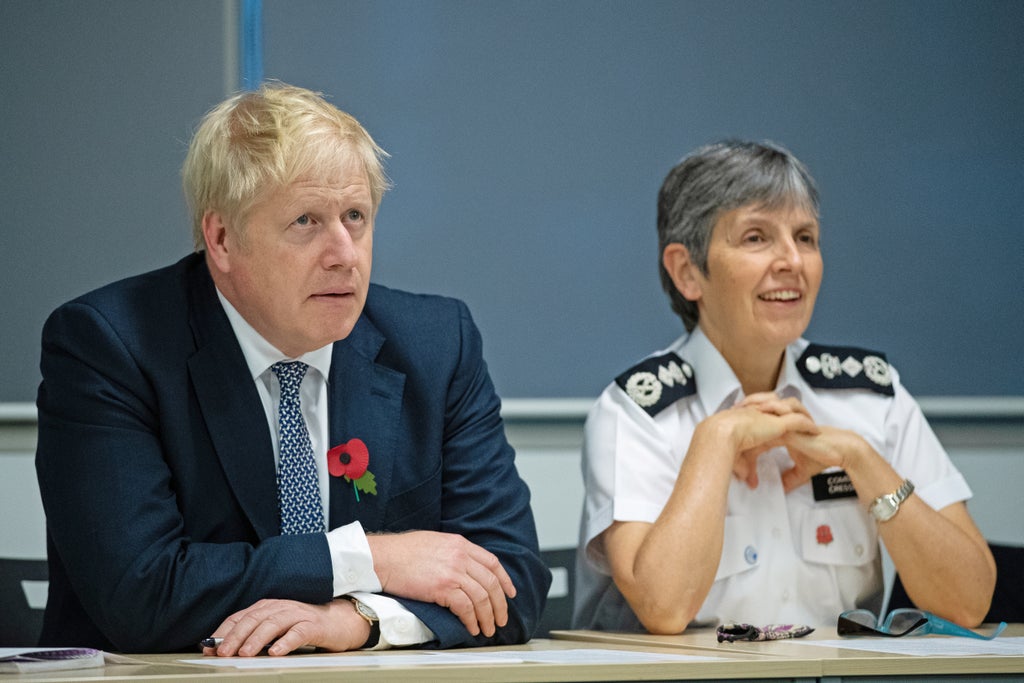 Imagine the scene: the prime minister is addressing a private meeting of all Conservative MPs and pleading to keep his job. “Hands up: who has points on their license for speeding?” he will ask. “There you are. This is not different. I’ve had a fixed penalty notice, and I say it is up to you, not the police, to decide who is prime minister of this great country of ours.”

This thought experiment ought to help clarify what might happen next, now that Boris Johnson has received his questionnaire from the Metropolitan Police about the gatherings he attended during lockdowns.

If the prime minister receives a fixed penalty notice, it would mean the police believe that he has broken the law and that, in his answers to the questionnaire, due within seven days, he failed to show he had a reasonable excuse. At which point he would have a choice: to pay the penalty, which is not an admission of guilt in law, although it might look like it to a non-lawyer; or to refuse, in which case the police or the Crown Prosecution Service would have to decide whether to take him to court.

Patrick Ormerod and Kate Goold, solicitors at Bindmans who have acted for many people given fixed penalty notices during the pandemic, point out that another option for Johnson would be to seek judicial review of the decision to issue a notice, although they say: “It is not clear whether the decision to give an FPN is a decision which the High Court would consider to be susceptible to judicial review.” It would be a kind of poetic justice, though, if a prime minister who had sought a curtail judicial review ended up trying to use it to save himself.

Either way, the receipt of a fixed penalty notice – which the police would not make public but which, after a few hours’ confusion, No 10 accepted it would have to do in the prime minister’s case – is likely to prompt the 54 letters needed to trigger a vote of confidence in the party leader. As Iain Duncan Smith said yesterday: “If you’ve set the laws, and you break them and the police decide you have broken them … I think it would be very tough for anyone to remain after that.”

He may be more inclined to say that, knowing that Johnson was one of those who voted against him when he was defeated in a confidence vote in 2003, but I think he is right. And if a confidence vote is triggered this time, resulting in the meeting of the 1922 Committee imagined above, I think Johnson is more likely to lose than to win it.

He can try the speeding fine defense – a fixed penalty notice is not, as a few of his few defenders seem to think, similar to a “parking ticket”, which is a non-criminal matter; breaking coronavirus laws is like speeding, in that it is a criminal offense even if it doesn’t lead to a criminal record. Will enough Conservative MPs buy that? I don’t think so, but the psychology of a secret ballot means that there is a 35 per cent chance that he will survive.

What is even harder to predict is what will happen if Johnson escapes a fixed penalty notice. It has been suggested that the police might conclude that, although several of the gatherings were illegal, the prime minister did not break the law by attending them. I am not sure how that argument would work. If it was “reasonably necessary for work” for the prime minister to thank officials at a “staff meeting”, or to thank an individual who was leaving, then it would be reasonably necessary for staff to be gathered to be thanked. The police certainly seem, by sending him a questionnaire, to think that Johnson has a case to answer.

It is hard for us on the outside to judge, because we do not know what evidence Sue Gray’s civil service investigation found and passed on to the police. But we have clues. Johnson himself said that the “work event” in the Downing Street garden should not have gone ahead. Gray said in her filled update: “Some of the gatherings in question represent a serious failure to observe not just the high standards expected of those working at the heart of government but also of the standards expected of the entire British population at the time.”

And Dame Cressida Dick, the Metropolitan Police commissioner, was reluctant to be involved. The evidence that the law was broken was strong enough to overcome that reluctance, and Dick’s words from her to the London assembly were damning. The police would investigate only “the most serious and flagrant” cases, where there was evidence that those involved “knew, or ought to have known that what they were doing was an offence”, where not investigating “would significantly undermine the legitimacy of the law”, and “where there was little ambiguity around the absence of any reasonable defence”.

We have no idea what brilliant “reasonable defence” Johnson’s lawyers will come up with – although journalists seem to have a lot of suggestions about the sorts of things that the prime minister seems to imagine might excuse him. But if they do manage to get him off, and persuade the police not to issue him with a fixed penalty notice, it is unclear how much difference that would make to his chances of survival from him as prime minister.

The original Gray report was bad enough to convince the reluctant police that they had to act. All that information is still there, sitting like unexploded bombs in the Cabinet Office and New Scotland Yard, while the prime minister has promised to publish whatever Sue Gray gives him – eventually.

The longer Johnson can drag this out, the better his chances of surviving until the next crisis, but also the more exquisite the dilemma faced by Rishi Sunak, his most likely successor. If the chancellor wants the crown, at some point he will have to go and get it, but he may have only one chance, and if he presents himself as a leader of greater integrity he too has to explain how he came to be “ambushed” with a cake” at that gathering to celebrate Johnson’s 56th birthday.