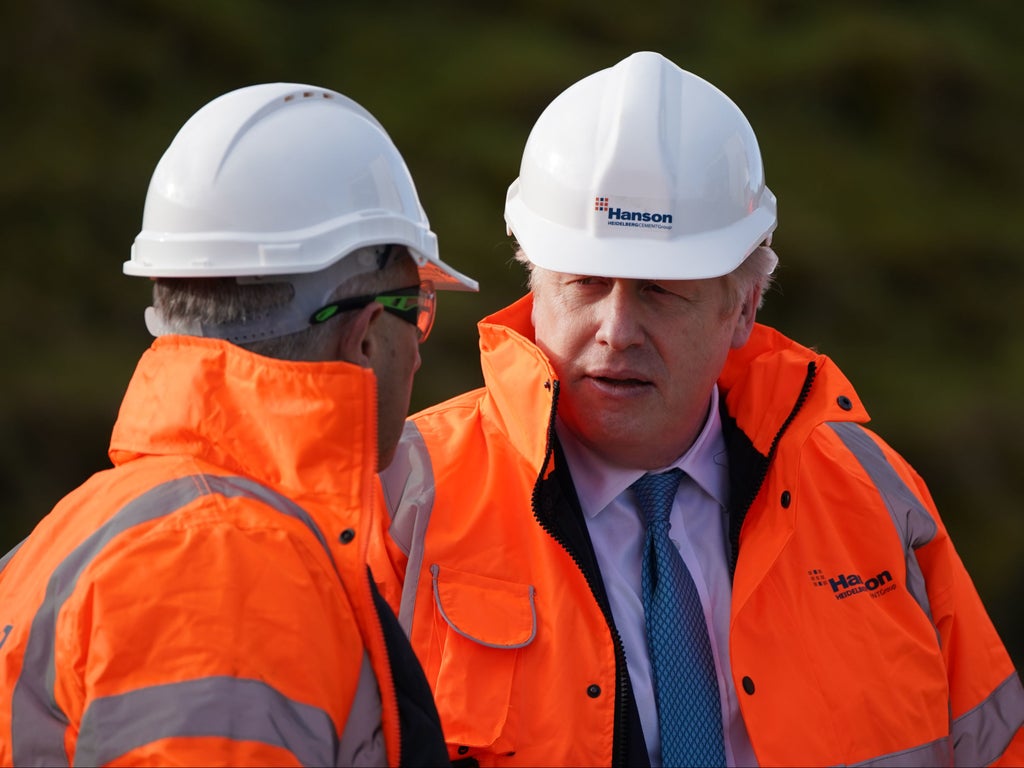 The tribe hasn’t had its catharsis yet. Boris Johnson, more than most, understands politics at the primal level. He knows that the people are angry about lockdown parties in Downing Street and that, although he has escaped the immediate threat of a reckoning, they demand a sacrifice. Whether that is him, or whether the crowd will be satisfied with the rolling of lesser heads, still hangs in the balance.

Johnson observed in one of his 1999 columns: “Politics is a constant repetition, in cycles of varying length, of one of the oldest myths in human culture, of how we make kings for our societies, and how after a while we kill them to achieve a kind of rebirth.” His aim of him now is to extend the length of that cycle in his own case, granite-like in his conviction that two and a half years on the throne is less than he deserves.

We are told, too, that he is adamant that he did nothing wrong. I am less sure that he means that: his more authentic view of him would seem to be that such moral categories are irrelevant against the emotional power of raw politics. in that Daily Telegraph article 25 years ago, he went on: “Some of the kings are innocent; indeed, some of them take away the sins of the world… It doesn’t really matter. They must die.”

He could have been prophesying his current need for a scapegoat. One or more unfortunate underlings, guilty or innocent, to be sent out into the desert to atone for the sins of the tribe. It doesn’t matter that Dan Rosenfield, the prime minister’s chief of staff, wasn’t even in post when most of the “work events” took place, or that Mark Spencer, the chief whip, had nothing to do with any of them . It is a time for pointless and unfair sacrifices to try to “save big dog”, as one government source put it – I’m not sure if they were trying to help or trying to get Johnson out.

Some people disdain gesture politics. Johnson knows that is all there is. He understands symbolism and imagery. It was instructive to watch him waiting behind the speaker’s chair in the Commons on Wednesday before Prime Minister’s Questions. He was bouncing on his toes, punching the air in front of him, urging himself on. He charged him to his place on the front bench when the session began, and delivered a confident performance in which the body language was as important as the fighting talk.

He understands the theater of politics. That is why he has three vanity photographers on the public payroll. It is why he went to be photographed on the top of Welsh mountain the day after Prime Minister’s Questions. It was a beautiful view, but the whole set of photos – Johnson in hard hat and hi-vis jacket visiting a quarry, an eco-park and an RAF base – told a story of energy, empathy and strength.

He cannot have foreseen how the farce of police incompetence would have bought him time this week, although he may have a sense of the deeper rhythm of politics and know that he who waits is sometimes rewarded by the turning up of the unexpected.

The question now is whether the sacrifice of an assortment of victims around him, some innocent, some less so, will be enough to assuage the public anger enough to persuade Conservative plotters to hold back. Johnson has an interest in confusing matters as much as possible. Hence the likely publication of Sue Gray’s redacted report, with the interesting bits taken out. An account of all the alleged lockdown-busting parties that failed to reach the threshold for police investigation is hardly going to provide Tory MPs with the pretext for sending their letters of no confidence.

So it may be that those Tory MPs who want a change of leader will have to wait until the police interview the prime minister, or until they start to issue fixed penalty notices to partygoers and party organizers deemed to have broken the law. There is no reason why either of those shouldn’t happen in the next few days, so mark your diaries for the early weeks of next year.

Meanwhile, the May local elections will be the next obvious moment of clarity about the one question that matters, which is whether a majority of Tory MPs think it is in their interest to change leader. The diehard anti-Johnson MPs are furious with their “wait and see” colleagues, warning them that failure to act would condemn hundreds of Tory councilors for losing their seats. These elections were last contested when Labor and the Tories were neck and neck in national opinion polls, which is not the case now and not likely to be the case on 2 May if Johnson is still prime minister.

But for those Tory MPs happier not to act than to act, the pointless sacrifice of the stalwarts of their local associations may be needed to persuade them that Johnson is an electoral liability who is unlikely to be able to turn things around.

On the reverse of the principle that, if Johnson waits, something might turn up to save him, something could turn up before May that would give the plotters another excuse to try to do him in. I still think there are 54 Tory MPs who would write the necessary letters to trigger a vote of confidence – the most volatile and anti-Johnson fraction of the parliamentary party. They just need a symbolic moment when a leadership challenge would not look like an attempt to prejudge the police investigation.

See also  Is it Ramadan 2022 in the UK tomorrow? Latest on moon sighting reports

But they are up against a leader who understands symbolism better than most, and who will sacrifice people and policies in order to persuade the angry gods of public opinion to spare him. I don’t think he will succeed, but there is much metaphorical blood to be spilled before he goes.