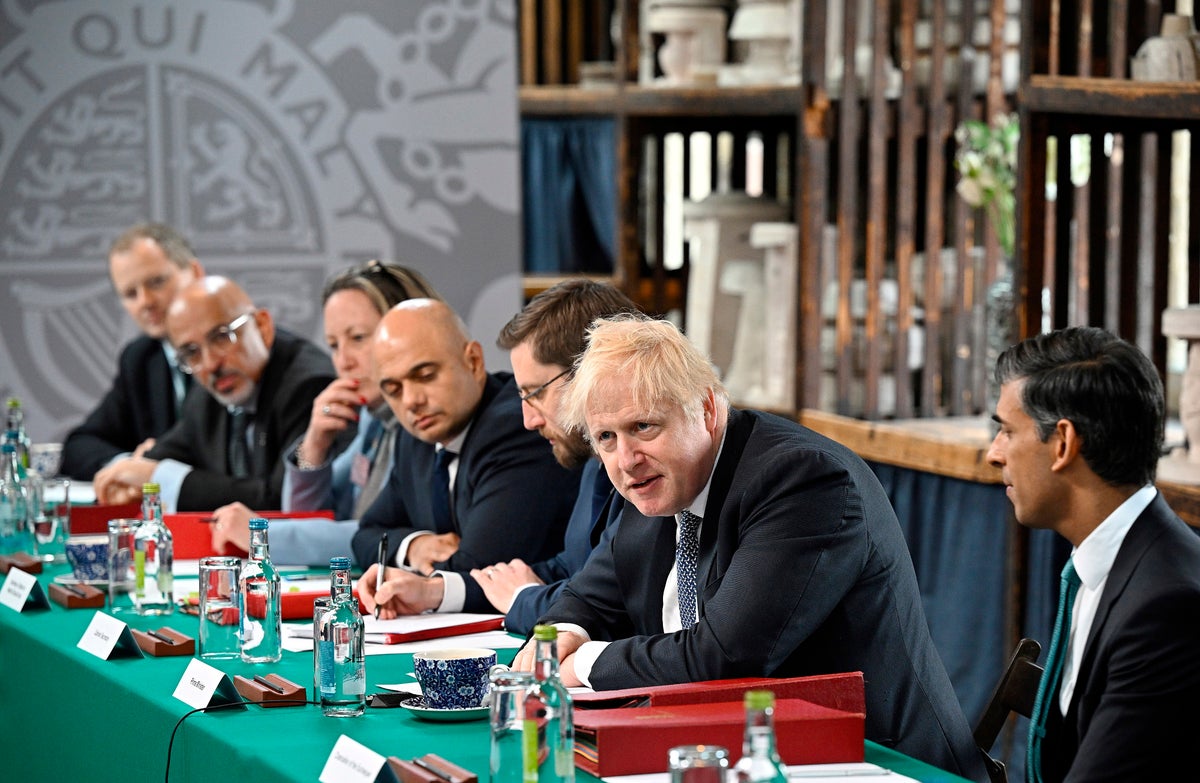 After days of Tory revolt, Boris Johnson will finally resign as prime minister.

It comes after days of defiance on his part, following the raft of resignations after his health secretary and chancellor dramatically quit on Tuesday night, prompting dozens of others to follow on Wednesday and Thursday.

The winds of political change blowing through Westminster have whipped up a feeding frenzy as the media and portions of the public make themselves giddy on the seemingly limitless possibilities the future holds.

Meanwhile, the climate crisis is accelerating in intensity. The huge effort our species must make to minimize the threat it poses becomes greater with each day of inaction.

the UN has accused governments of “dragging their feet” on the climate crisis despite surging levels of concern among people around the globe, something UN Secretary General Antonio Guterres said was now leading to “a historic and dangerous disconnect” which will have “serious consequences”.

In recent years, the UK has aimed to position itself as a world leader on tackling the climate crisis, becoming the first country to set a legally-binding target to reach net zero emissions by 2050, seeing huge increases in renewable energy, and phasing out coal usage in the power mix – progress which is currently stalling.

Under Boris Johnson, the Conservatives have had what Tory MPs have recognized as a deeply flawed leader, though it is also widely acknowledged that he had genuine regard for the environment – ​​even if many of his party’s policies undermined this position.

With a change of leadership at a time of economic crisis, environmentally coherent solutions are at risk of taking a backseat in preference to tried and tested (and potentially ecologically damaging) means of securing economic growth, such as fossil fuel expansions.

Mike Childs, head of policy at Friends of the Earth, told The Independent: “It will be difficult for hopeful candidates to ignore some harsh environmental realities.

“The government’s own climate advisors have recently said the UK’s plans to avert climate disaster are not up to scratch.

“Brits are exposed to dangerous levels of air pollution, deprived of green space or live in cold and poorly insulated homes, all of which strain the NHS and widen inequality.

“The UK is legally required to reduce its greenhouse gas emissions, and this is not something the next leader can opt out of. Environment must be at the heart of any new government’s agenda. Only robust policies and smart government spending will prove that our leaders are taking it seriously.”

But will they? We take a look at the environmental records of the runners and riders. The odds are the latest, according to Betfair Exchange.

Penny Mordauntthe MP for Portsmouth North and international trade minister, and a key figure in the 2016 Leave campaign in the EU referendum, is now the favorite to replace Johnson on odds of 6/1.

She angered her own constituents in 2021 after voting against stopping water companies from dumping sewage into seas and rivers.

Her voting record shows she has voted against a range of proposed measures to tackle the climate crisis including on requirements to reduce emissions on new homes and for ministers to take into account net zero targets on agricultural subsidies.

The former Chancellor has famously remained quiet on the climate to a point of concern among commentators, with budget statements that have barely acknowledged the crisis.

Earlier this year, Mr Sunak reportedly asked Business and Energy minister Kwasi Kwarteng to fast track the approval of no fewer than six new oil and gas fields in the North Sea.

Environment experts have also expressed concern at the fact that Mr Sunak had a photograph of Thatcher-era Tory Chancellor Nigel Lawson on his desk. Mr Lawson is one of the founders of the climate-sceptic Global Warming Policy Foundation.

Jeremy Huntthe former health secretary, lost out to Johnson in the last leadership election, but could he mount a come-back?

Mr Hunt counts campaigning to host the UN’s Cop26 climate summit as being among his proudest achievements, and is also a high-profile member of the ‘green Tories’, which supports taking action to rein in emissions and reach net zero.

In March, Mr Hunt said: “Now more than ever, in light of the global gas crisis and Russia’s invasion of Ukraine, it’s vital we decarbonise the UK’s economy by 2050.

“We must develop more homegrown clean energy, including renewables and new nuclear. This will lower people’s bills, strengthen our energy security and avoid the worst consequences of climate change.”

However, I have a patchy long-term voting record on legislation to achieve these aims.

As environment secretary between 2014 and 2016, she cut subsidies for solar farms, describing them as “a blight on the landscape” and claiming they were harming food production. However, documents from her own department later revealed there was no data to back up the policy.

Later, as trade secretary, along with Kwasi Kwarteng, the business secretary, Ms Truss decided to “drop both of the climate asks” from the text of the UK-Australia agreement in order to get it “over the line”, according to a leaked email from a senior official late last year.

The government removed a binding section outlining measures to help meet the “Paris Agreement temperature goals” after pressure from the Australian government, which has a weak record on climate action.

Truss is also an outspoken supporter of Heathrow expansion and at the start of the Cop26 climate summit she said the public should keep flying and keep eating meat.

ben wallacethe defense secretary has risen to prominence for his performance during Vladimir Putin’s invasion of Ukrainebut has made few public remarks on the climate crisis.

At Cop26 he noted that “climate change has far reaching consequences for global peace and security”.

However, his voting record indicates he has opposed several pieces of legislation designed to curb emissions. He has however campaigned to have the Blackpool to London rail service re-installed.

In January, he became the first Tory MP to announce his intention to stand for leader should Mr Johnson leave office.

He has actively promoted UK action to tackle the climate crisis, including from school level. I have also called for “a viable path to net zero that fosters domestic green growth” for both the UK and EU, and criticized China’s rising number of coal-fired power plants.

He is a strong believer in creating the conditions for a booming green economy, applauding Joe Biden’s presidential campaign, which he said has “been framing climate change as a competition, with the winner reaping the reward of green innovation and highly skilled jobs”.

The new Chancellor of the Exchequer – as of Tuesday evening – Mr Zahawi is a former oil executive and second richest member of the Government, after his immediate predecessor at the Treasury, Mr Sunak.

According to an investigation by The Mirror Last year, Mr Zahawi made £1.3m from a second job at an oil company while working as an MP – though there is no suggestion of any illegality.

As education secretary Zahawi has introduced the so-called “climate change” GCSE. At its launch he said: “Sustainability and climate change are the biggest challenges facing mankind… None of us can be in any doubt just how critical they have become.”

But earlier this year he rejected the idea of ​​a windfall tax on oil and gas companies, which he described as “already struggling in the North Sea” in a January interview with LBC.