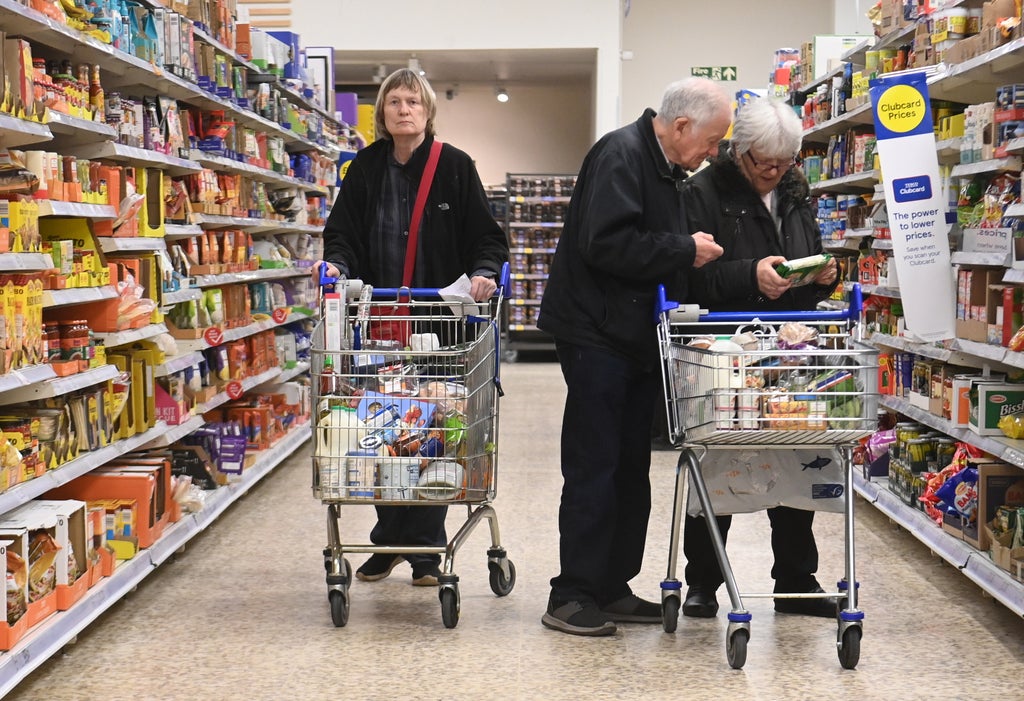 Boris Johnson has admitted “we need to do more” to tackle the cost-of-living crisis, as Rishi Sunak’s spring statement faces intense criticism for not going far enough to help Britain’s poorest families.

Speaking less than 24 hours after Mr Sunak unveiled his mini-budget in the Commons, the prime minister said the cost-of-living crunch “is the single biggest thing we’re having to fix”.

He insisted the chancellor had done a “huge amount to address the increase in cost of living”, citing the announcement on cutting the national insurance contribution threshold.

His comments came as a thinktank warned that the lack of support announced in the statement for low-income families leaves more than one million Britons on the verge of “absolute poverty”.

The Resolution Foundation, a living standards think tank, warned Mr Sunak’s measures represented a “big but poorly targeted policy package” which does not do enough to aid the families who have been hit the hardest by the cost-of-living crisis.

No 10 has announced the Queen’s speech — setting out the government’s agenda — will take place on 10 May.

Downing Street said it will set out Mr Johnson’s plans to “grow our economy, cut the cost of living, make our streets safer and clear the Covid backlogs”.’

Mark Spencer, the leader of the Commons, told MPs in a written statement: “As is usual, the current session of Parliament will be prorogued ahead of the Queen’s Speech and this time will be used to enable logistical and security preparations for the State Opening of Parliament.

“The likely date of prorogation will be confirmed in due course.”The event will take place just weeks before four days of celebrations – from June 2-5 – to mark the Queen’s 70 years on the throne.”

See also  Leinster: It's hard not to look at them and get green with envy

Rishi Sunak has denied his family is profiting from Vladimir Putin’s regime in an awkward interview about the Russian invasion of Ukraine.

The chancellor was asked about reports of “family links” to Russia, which has been hit by sanctions over the war it is waging in eastern Europe.

Watch more comments from Sunak below:

Money Saving Expert Martin Lewis has calculated which salaries would be affected by the chancellor’s spring statement announced yesterday.

In a video posted on social media, the personal finance expert talked viewers through the direct impacts of Rishi Sunak’s decision to increase the threshold at which workers start paying national insurance.

Chancellor Rishi Sunak has been branded a “fiscal illusionist” by a respected economic thinkthank, which found his tax cuts in Wednesday’s mini-budget “will not be enough to protect poorer households from a significant hit to their living standards”.

Andrew Woodcock, our politics editor and Anna Isaac, our economics editor, will have more details on this story as they come:

Boris Johnson has admitted “we need to do more” to tackle the cost-of-living crisis, as Rishi Sunak’s spring statement faces intense criticism for not going far enough.

The Office for Budget Responsibility – the spending watchdog – said last night that Britons are set for the biggest fall in living standards in a single financial year since records began in 1956.

See also  'Send nudes or I'll burn your house down...' woman's terrifying order after being stalked by her own neighbor

Our corresponding politics Ashley Cowburn have the story:

Ministerial statements due in Commons on Thursday

– Secretary of State for Education: Update on Children with No Recourse to Public Funds.

– Leader of the House: State Opening of Parliament.

– Secretary of State for Work and Pensions: State Pension LEAP.

Here are the written ministerial statements due to be made in the Commons on Thursday:

The UK has imposed new sanctions on Russian billionaires and businesses, as well as the Wagner Group mercenaries tasked with assassinating Ukrainian president Volodymyr Zelensky.

The paramilitary Wagner Group is a private military company employing fighters from civil conflicts around the world, and has been active in Ukraine since 2014 supporting pro-Russian separatist elements in the eastern Donbass region.

Rishi Sunak has denied his family is profiting from Vladimir Putin’s regime in an awkward interview about the Russian invasion of Ukraine.

The chancellor was asked about reports of “family links” to Russia, which has been hit by sanctions over the war it is waging in eastern Europe.

See also  António Costa, an absolute majority that defied the pandemic and the polls | International

Rishi Sunak- ‘We all have different breads in my house’

Chancellor Rishi Sunak has revealed that his family all eat different types of bread while on a half round where he was defending the measures announced in his Spring Statement.

Mr Sunak was asked by bbc breakfast which food he noticed was rising in price in the supermarket amid inflation fears.

He reportedly replied: “It’s probably, I think bread, probably is the thing. The one we buy I’m sure is now about £1.20 and it was about £1, from memory.”

When he was asked what kind of bread he eats, Mr Sunak replied: “It’s a Hovis king of seeded thing.

“We have a whole range of different – we all have different breads in my house, a degree of healthiness between my wife, myself and my kids.”

Mr Sunak lives with his wife and two daughters.

In a report, the watchdog said that Mr Hancock’s department did not properly record why it had awarded contracts worth nearly £500million to the healthcare firm, Randox – the firm Mr Paterson was paid to lobby for.

The NAO also revealed that the Department of Health and Social Care failed to declare four meetings its ministers held with Randox. However, the report added that the NAO had “not seen any evidence that the government’s contracts with Randox were awarded improperly”.