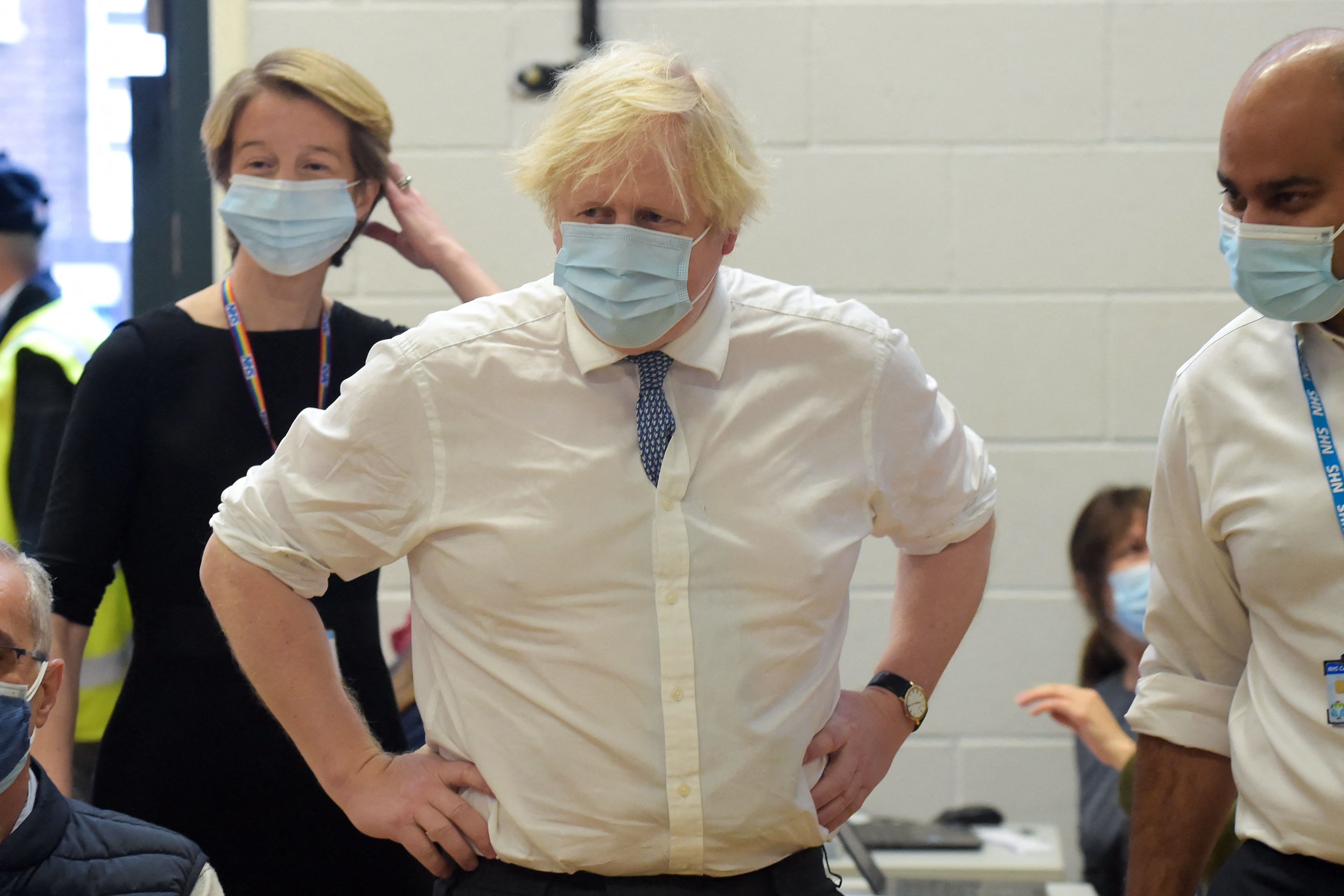 Clear sign of the weakness of the Boris Johnson Government at a crucial moment. When he is demanding new sacrifices from British citizens to face the omicron variant of the coronavirus, more than a hundred of his own Conservative MPs have decided to rebel and turn their backs on their leader.

Downing Street brought the new social restrictions announced last week to the House of Commons on Tuesday for a vote. A considerable revolt was already anticipated in his parliamentary group, with a growing number of MPs irritated by the scandal of the Johnson’s team’s no-shows last Christmas, but also by the confusion and contradictions that have surrounded some announced measures. ; the feeling that the government’s reaction to the omicron variant has something of a precipitate and the libertarian streak of the hard-wing of the tories, always reluctant to any maneuver that they interpret as an attack on their precious individual freedoms.

The timid decision of the Johnson government to demand, as other European countries do, a covid certificate for access to some public venues such as discos or mass events – not even for restaurants or pubs— It has been the one that has caused the most rejection. The Johnson government, which theoretically has a comfortable majority of 79 deputies in Parliament, has had to suffer the humiliation of seeing its health measures go ahead thanks to the votes of the Labor opposition. They have been 369 votes in favor, compared to 126 against. That is to say, according to the fairly approximate calculations of those familiar with the internal dynamics of the Westminster voting, around 100 conservative deputies have voted against the Government’s proposal. The biggest rebellion to date by a prime minister who, just two years ago, secured a parliamentary majority that promised him a smooth future.

Even those most loyal to party discipline, such as former minister Andrea Leadsom, have used the long debate in the Chamber to express their outrage at “an anti-liberal regulation” that placed the Executive on the edge of “authoritarianism.” It has been of little use that the deputies more inclined to support the Government reminded the rebels that it was a provisional measure, much lighter than in other countries, and that it was accompanied by the alternative of presenting a negative antigen test if the citizen did not have a your vaccination is in order.

The warning to Johnson was issued by the Treasurer of the 1922 Committee of the Conservative parliamentary group, Geoffrey Clinton-Brown. This committee brings together the so-called backbenchers (those in the back seats), those deputies without responsibilities in the Government, of a more rebellious nature. It is here where the internal motions of no confidence are forged against the party leaders.

“This vote means Johnson is going to have to change the way he normally proceeds and has to consult the party more. Or if not, we will have problems, “Clinton-Brown warned. Not only had many of the rebel deputies complained about the limited time – barely 24 hours – that they had had to study the proposals, but, given the scarcity of information on the true seriousness of omicron, many of them accused the Johnson Government of having launched a campaign of fear among citizens that threatens to ruin – especially for the hospitality sector – the Christmas campaign.

It is not only Johnson who has suffered a severe blow with respect to the covid certificate. The third of his parliamentary proposals, which required the obligation of first-rate health personnel to undergo the full vaccination schedule, has also gone ahead, but after garnering 100 rejection votes. The vast majority of them, conservative deputies from the more libertarian wing who defined the measure as practically dictatorial, and warned that at least 60,000 employees of the National Health Service (NHS, in its acronym in English) would leave their jobs, voluntarily or force, if the measure passed.

The Labor opposition was once again coming to Johnson’s rescue, in an issue that had also caused divisions on the British left and was opposed by the main trade unions. “I will vote against mandatory vaccinations for NHS workers and the covid certificate. I believe that both measures are counterproductive and will create division, when we need unity and cooperation, ”former Labor leader Jeremy Corbyn announced on Twitter before the vote, in open defiance of the voting instructions of his successor, Keir Starmer.

But the main loser of the night was Johnson, who despite having spent the previous hours of the vote trying to convince the rebels – without success – has suffered a severe blow to his authority that makes it clear that he no longer controls the government. party and the parliamentary group as it did two years ago, and that any increase in social restrictions, if the pandemic becomes complicated, will make it difficult for them to move forward. Even something as common sense as the use of masks in public transport and shops has received the rejection of almost 40 conservative deputies this Tuesday.