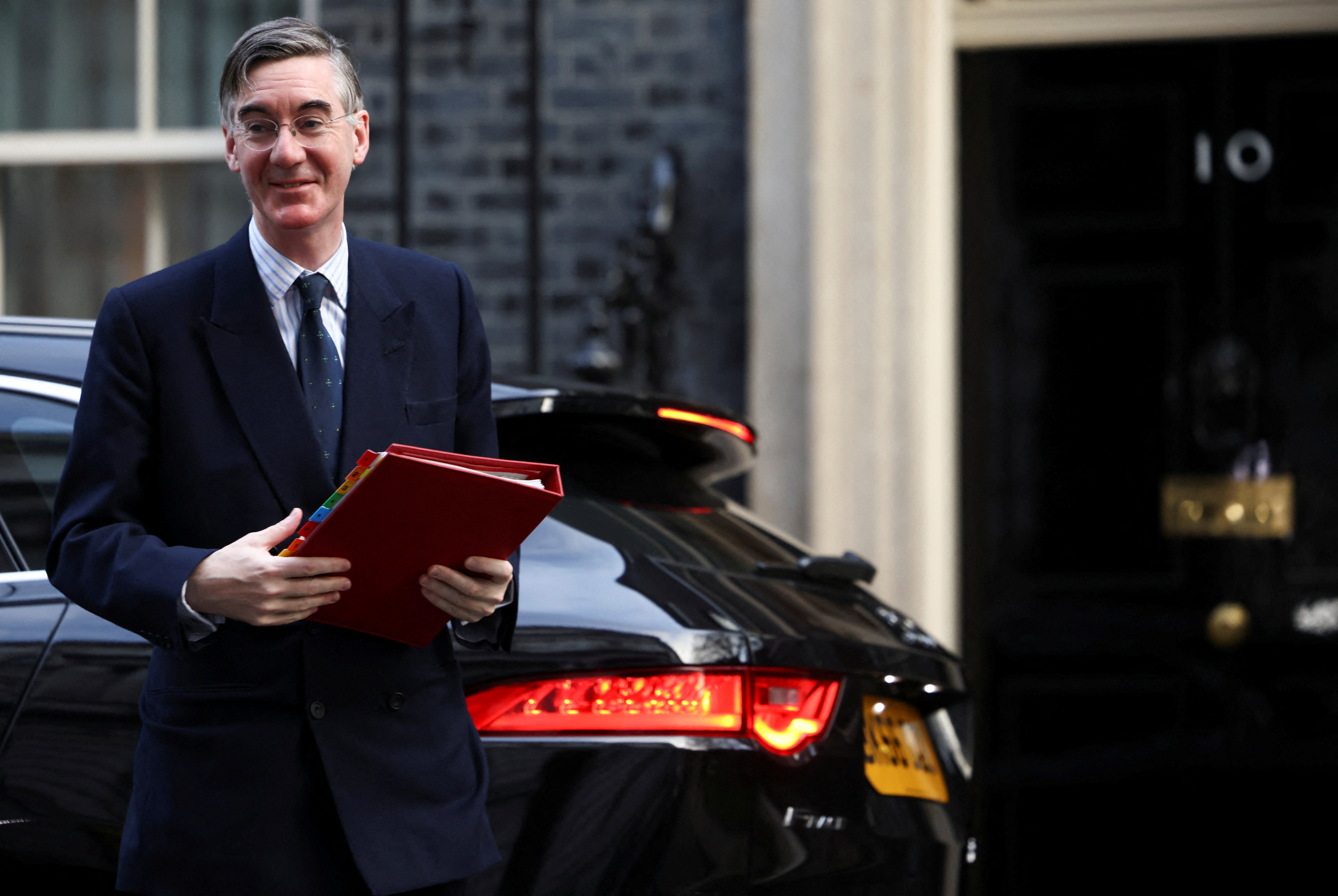 Boris Johnson entered Downing Street pushed by the eurosceptic wing of the Conservative Party, who bet on him to complete the Brexit journey. In the lowest hours of his popularity and cornered by the scandal of the parties during the confinement, the prime minister turns to his early allies to help him stay in Downing Street. The British Government communicated this Tuesday the appointment of Jacob Rees-Mogg, who was president of the European Research Group (ERG), as the new Secretary of State for Brexit Opportunities.

The name of the department, newly invented, gives an idea of ​​the image effect that Johnson is aiming for. At the head of that powerful internal current of opinion, the ERG, within the conservative parliamentary group, Rees-Mogg was a fundamental actor in the task of harassing and overthrowing former Prime Minister Theresa May, to put Johnson in her place. There was no particularly friendly relationship between them, but Rees-Mogg was rewarded with the position of leader of the House of Commons. It is a position similar to that of Secretary General of Relations with the Courts of the Spanish Government: the figure in charge of coordination between the Government and the parliamentary group for the promotion of legislative projects. In the British case, the post has ministerial rank and the right to sit on the Cabinet Room, the government deliberation room.

Beyond his eternal double-breasted pinstripe suit (an outfit almost a protected species), his forced upper-class English accent or his lackadaisical way of sitting along the bench of the House of Commons, Rees-Mogg sailed since 2019 towards a placid political irrelevance. Until during the scandal of the banned parties in Downing Street, when many Conservative MPs have lashed out at Johnson or stuck their heads under the wing, the Eurosceptic politician has been a staunch defender of the prime minister.

When the former leader of the Scottish Conservatives and MP Douglas Ross publicly called for Johnson’s resignation – at the height of the crisis – Rees-Mogg defined him as a “lightweight” of politics who had no relevance. And when the “confidence withdrawal letters” sent by conservative deputies to the leadership of the parliamentary group began to accumulate, and the possibility of an internal motion of censure against Johnson was getting closer, Rees-Mogg emerged with a strange constitutional thesis : In a system like the British one in which elections are increasingly personal and “presidential”, toppling a prime minister would necessarily mean the need to call new elections. It was a way of warning the rebel deputies that they were putting their seats at stake, despite the fact that the idea was not supported anywhere. In a parliamentary democracy like Britain’s, the party in power can change the prime minister if it retains the necessary majority of MPs. Johnson himself replaced May and spent almost a year in Downing Street before calling the general election.

With the appointment of Rees-Mogg, Johnson rewards his unwavering loyalty, but also sends a message of complicity to the Eurosceptics. When last December he left his post as Brexit minister David Frost, the politician in charge of negotiating with Brussels, the farewell message was a considerable blow to Johnson. Frost, who protested in theory about the rigidity of the social restrictions of confinement and the proposals against climate change prepared by the Government, launched in practice a rallying cry and protest to which more and more eurosceptics adhered, and that He came to say something like “this is not the Brexit we are fighting for”. “Brexit is already a sure thing. The challenge that the Government now faces is to make the opportunities it offers us a reality. You already know my concern about the current drift, and I trust that we will move quickly towards the necessary objectives: towards a business economy with little regulation and low taxes, ”Frost wrote in his resignation letter, cheered by the hard wing of the conservatives. This is how Johnson’s double wink is understood, who creates a department “of Brexit Opportunities” and puts a first-batch eurosceptic like Rees-Mogg at its head.

But in addition, the Prime Minister rescues Christopher Heaton-Harris from the Ministry of Foreign Affairs, who was currently Secretary of State for Europe, and places him on chief whip (chief whip, literally). That is to say, head of the parliamentary group and in charge of imposing the voting discipline in a herd as rebellious as that of the British deputies. Heaton-Harris was also the chairman of the ERG in his day, like Rees-Mogg, and is a fervent supporter of Brexit. He was accused of breaking the Ministerial Code of Ethics by receiving a VOX delegation headed by Iván Espinosa de los Monteros in Parliament in March 2019.

Johnson has brought back as Chief of Staff a politician with a reputation for being serious and rigorous like Steve Barclay, who once held the position of Minister for Brexit; and he has brought Guto Harri back to Downing Street as Director of Communications, who already held that position during the time when the conservative politician was mayor of London. In barely a week, Harri has already made a first mistake—or right, because the effect of Johnson’s extravagances is unpredictable—by telling a Welsh-language magazine, Golwg.360that the prime minister welcomed the team by singing the chorus of I Will Survive (I will Survive) by Gloria Gaynor. “He’s not a complete clown, he’s a very endearing guy… he’s not the evil character that some portray,” Harri explained to the magazine. Within hours, the headline in the British media was that he “isn’t a complete clown.”

Rangers fan, 72, in tears after opening tickets for Spain return 50 years after victory