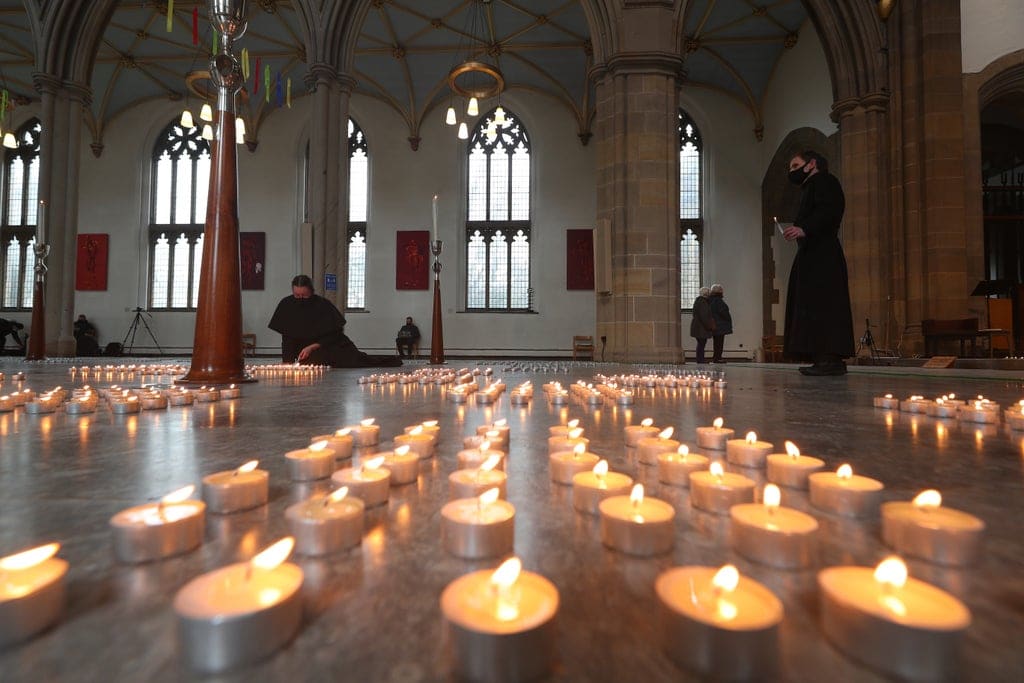 The Prime Minister has paid tribute to the “heroic efforts” of NHS staff and offered his sympathies to everyone bereaved by coronavirus on the second anniversary of the first national lockdown.

Boris Johnson said those who died over the past two years “will never be out of our hearts and minds”, as the nation prepares to gather in reflection.

The country will pause on Wednesday in remembrance of those who have died during the crisis, as part of a series of events organized by the end-of-life charity Marie Curie.

A minute’s silence will be held at midday, and people are being encouraged to shine a light or display flowers in their window at 8pm.

There will also be an online map with virtual walls of reflection where people can pay tribute to their loved ones.

More than 350 organizations are supporting the day of reflection, which will see landmarks across the UK light up in yellow, including the Gherkin in the City of London, the Senedd in Cardiff, Glasgow Central Station and Belfast City Hall.

Mr Johnson said: “Those lost to Covid will never be out of our hearts and minds, and today we reflect as a nation.

“The toll this pandemic has taken across the globe is immeasurable. The National Day of Reflection is a chance to come together, mourn and offer our collective support and sympathies to all those grieving.

“It’s also a chance to thank everyone who cared for us throughout.

“I saw first-hand the heroic efforts of NHS staff and I pay tribute to them, the grief counsellors, charity workers and friends and families, as we pause to remember those we have lost.”

He said his thoughts are with those who lost loved ones, adding: “As we emerge from the pandemic, we must not forget the long tail of grief it leaves, and the profound impact it has had on us all.

“For so many, life is now permanently altered, and we won’t forget it.”

Mr Johnson and Sir Keir will be marking the anniversary privately.

The Covid19familiesuk group will be tying yellow ribbons to Westminster Bridge in London from 10am, and London Ambulance Service is holding a service in its memorial garden.

According to data published on Tuesday by the Office for National Statistics (ONS), a total of 188,078 deaths have occurred in the UK where Covid-19 was mentioned on the death certificate.

Ruth May, NHS England’s chief nursing officer, said she is “eternally grateful and proud” of everything health and care staff have achieved.

She said: “I have seen NHS staff across the length and breadth of the country step up to the task that has faced them, delivering the best possible care to their patients and supporting each other during some very difficult times.

“That is why it is so important that we get together and reflect as a nation on the impact Covid-19 has had on us all, especially those who are no longer with us.”

Marie Curie chief nurse Julie Pearce said: “While life is beginning to return to normal for some people, several million people are still living with the trauma of loss, and not being able to grieve properly.

“Let’s take time to connect, and show support for the millions of people who are grieving, and remember the family, friends, neighbors and colleagues we’ve lost over the last two years.”