Skip to content
Home News Boris Johnson needs a lawyer – but would anyone be foolish enough to take the case? 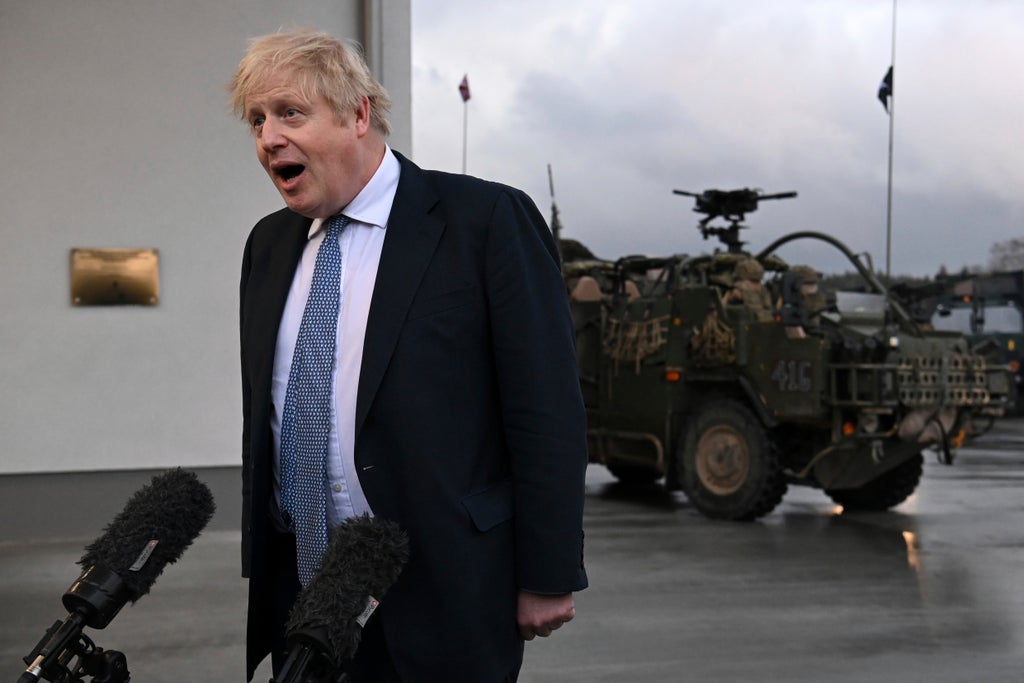 Despite Boris Johnson spending the last two years attacking Keir Starmer in the House of Commons for the apparent crime of being “a lawyer”, the prime minister is now looking for one of his own.

If Johnson is served with a fixed penalty charge for breaking lockdown rules it is understood he will be calling in a “private lawyer” to argue his case for him. Obviously there is a lot to unpack and enjoy here. First of all, the Attorney General, Suella Braverman, will surely be disappointed that her legal services have been overlooked. This may or may not be to do with her still staggering outburst in the House of Commons on Thursday, where she explained that “democracy is crucial to the rule of law”, and so Boris Johnson, being elected, is therefore above it.

Johnson, unsurprisingly, is after someone a bit more canny, though we do not yet know who. His defense of him, we are led to believe, is going to hinge on the “unique nature” of 10 Downing Street, which for most people is a workplace but is also, for him, a private home.

You may recall that Johnson’s initial defense was a glorious process of exponential escalation. Which began with “there were no parties” before moving on to “I didn’t go to any parties” then rising to “I did go to a party but I didn’t know it was a party.”

The police are currently looking through 300 photographs of Downing Street, presumably in the hunt for one that clearly shows not merely Johnson at a party, but also Johnson at a party while knowing he’s at a party, and as such a thing may be epistemologically impossible to improve, Johnson could well be in the clear.

Critics of the prime minister have pointed out that as parties were illegal both in homes AND workplaces, Johnson’s unique power to, in a Cartesian sense, switch the status of the building between home and office to best suit his almost certainly criminal needs, should not matter.

But that’s short sighted. Throughout the lockdown there was, after all, absolutely nothing to stop anyone parading around their home, draped in tinsel and waving a bottle of prosecco. Let’s be honest. You did it. I did it. We all did it. And we were lucky. We do not share our homes with several hundred wine suitcase-wielding office staff. And if it just so happens that Johnson was passing through a room, in his own home don’t forget, in which an illegal workplace party was happening, then yes, alright, he was there, clearly, he can be seen in the photo , but he wasn’t at the party. He was just, you know, bored and taking a be-tinselled stroll about the house, as is his right.

Ah, the police might say. But if you saw a party, in your own house, you should have informed the police, as your own home secretary was advising people at the time. But this too, misses the point.

On the 12 January 2022, at the dispatch box of the House of Commons, Johnson explained, very clearly, that when he went into the Downing Street Garden, to attend a party that his own private secretary had sent out dozens of invitations to, which included the words “bring your own booze!”, he did not know he was attending a party. Johnson then strolled around the garden for nearly half an hour, at no point becoming aware that a party was happening. It was all a work event.

As you will know, if a prime minister knowingly misleads the House of Commons, they must resign. And that was nearly a month ago and he hasn’t resigned so therefore it must be true. It is an established fact that Boris Johnson is unable to recognize a party, even while currently attending it.

Which clearly and unequivocally proves that, even in all the pictures that the police may or may not have, which to you or I might look a lot like Boris Johnson clearly attending illegal parties, he was just a normal guy, in his own home, having a drink, simultaneously borne down with his own unique but proven affliction of party blindness.

And if any of these parties are happening in his flat then, well, it is not his fault that his home is also his workplace. If he invited them into his flat, which is also his workplace, for an important work meeting, and they then start singing ABBA very loudly indeed until the small hours of the morning then the same conditions apply. He is merely a private citizen, singing ABBA, in his house from him, and whatever rules may have been broken by the other people there then, with regret, he will have no choice but to accept their resignation from him.

All of this. of course, it is absolutely watertight. And even if it isn’t, we can always get Braverman back in here, to explain that I’m above the law anyway. All this will definitely, definitely be fine.