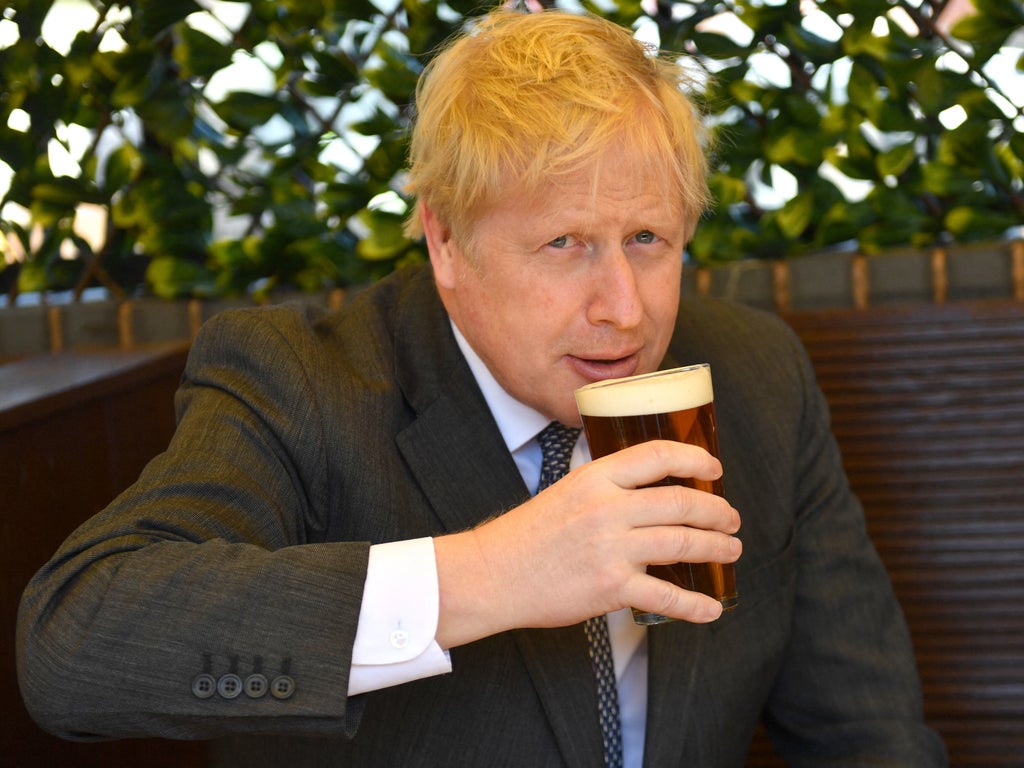 Boris Johnson ‘toxic’ even to his allies, says Malcom Rifkind

Boris Johnson has announced two new appointments to Downing Street in an attempt to fill the void that had been left by five resignations in the space of 24 hours.

Chancellor of the Duchy of Lancaster Steve Barclay will become the PM’s chief of staff.

He will be “in charge of integrating the new Office of the Prime Minister and the Cabinet Office, driving the Government’s agenda more efficiently and ensuring it is better aligned with the Cabinet and backbenchers”.

Former BBC journalist Guto Harri is joining Mr Johnson’s team as director of communications. He was Mr Johnson’s spokesman and chief of staff during his first term as London Mayor.

More announcements are expected in the coming days.

Amid the growing Tory rebellion over Mr Johnson’s leadership, No 10 insiders warned that the increasingly isolated PM is becoming “unpredictable and erratic”.

One minister has called for Mr Johnson to sack Rishi Sunak and two others accusing the chancellor of being “on manoeuvres” for the leadership, according to The Times.

Questions about ‘triple role’ for new No 10 chief of staff

Questions are being raised about how Boris Johnson’s new chief of staff will balance this “24/7” role with also being a Cabinet minister and a constituency MP.

The Prime Minister announced on Saturday that Steve Barclay, the Chancellor of the Duchy of Lancaster, would become his chief of staff and take forward reforms to Downing Street following the “Partygate” scandal.

But former holders of the job lined up to say they were unsure how Mr Barclay would be able to undertake all his roles.

Gavin Barwell, who was chief of staff to Theresa May, praised Mr Barclay as “diligent, smart, insists on high standards and a nice guy to boot”.

But the Tory peer said it “won’t be easy to combine being chief of staff with a minister and MP”.

Nick Timothy, who was also chief of staff to Ms May alongside Fiona Hill, tweeted: “Barclay is very talented, but not sure having a chief of staff who’s also a minister elsewhere can work.”

See also  The Stockport family who sold their store after running it for 60 years.

Jonathan Powell, who held the role under Tony Blair, tweeted: “Does he resign as an MP? Or is he answerable to Parliament? I can think of no democracy where the chief of staff can also be in the legislature.

“I found being No 10 chief of staff a full-time job. Not sure how it could be combined with representing a constituency. And having to go to answer parliamentary questions about the PM would be tricky.”

Mr Johnson previously insisted he was “making changes” to Downing Street and the Cabinet Office in the wake of the saga over parties held at Number 10 during the Covid lockdowns. This included creating an Office of the Prime Minister with a permanent secretary to lead Number 10.

A former adviser to Boris Johnson and committed Remainer who once criticized the prime minister’s political style has become his director of communications in a Downing Street shake-up.

Guto Harri, who served as a key aid to Mr Johnson while he was mayor of London, takes on the role following the resignation of Jack Doyle.

Mr Harri was previously the BBC’s chief political correspondent and returned to broadcasting in 2018, working for Welsh free-to-air channel S4C.

He has said he held “very different views” to Boris Johnson on Brexit – and described leaving the EU as “a catastrophic act of self-harm for the UK”.

Mr Harri once took aim at Mr Johnson over a series of controversial remarks which he said were doing “enormous damage” to his former boss’s political prospects.

You can read more about Mr Harri below.

Although he’s considered an ally of Mr Johnson, incoming spin doctor Guto Harri has been critical of the PM – calling him a “hugely divisive figure”.

Just this week Mr Harri was questioning MP Alun Cairns on the Welsh political program Y Byd yn ei Le about whether Mr Johnson’s premiership could survive if he was found to have broken the law in the partygate investigation.

Mr Harri is replacing Jack Doyle, who was reportedly at two of the 12 events under investigation by police looking at alleged lockdown breaches.

Special adviser Henry Newman, a friend of the PM’s wife Carrie, is leaving No 10, it has been reported.

He is likely to return to work with his old boss Michael Gove, according to The Sunday Times.

Mr Newman may be embroiled in the partygate scandal – reports allege he attended a party in the flat shared by Mr and Mrs Johnson while Covid restrictions were in place.

PM has ‘weaknesses’ to cover, according to new spin doctor

No 10’s incoming spin doctor recently defended Boris Johnson over his handling of the Partygate scandal – but said the PM needed to “cover his weaknesses”.

“Boris has always underestimated how critical it is to have a fantastic team around him,” he said.

He also described how some in Westminster had been reluctant to come to the beleaguered PM’s aid because they were not interested in accompanying him “to the gallows”.

Adam Forrest has the full story below.

But doubts have been cast over whether he can do both of those jobs – as well as be an MP.

He was appointed to the role of No 10’s chief of staff after his predecessor Dan Rosenfield was one of five aides to have quit in the space of 24 hours over Mr Johnson’s leadership.

David Lidington is a former MP and Cabinet Office minister who had been Theresa May’s de-facto deputy when she was PM.

He said that – for Mr Barclay to fulfill all his roles – he would have to be deputy prime minister “in all but title” and be able to delegate to others.

Labour’s deputy leader Angela Rayner said Boris Johnson was “panicking as he frantically rearranges deckchairs” – criticizing the idea that Mr Barclay can work for both No 10 and the Cabinet Office.

“This is a farce. Being No 10 chief of staff is a 24/7 job, so if Steve Barclay is taking it on as his third job then Tory MPs and the public can have no confidence that the dysfunction in Downing Street will come to an end,” said Ms Rayner.

Guto Harri quit GB News last year after he was suspended for taking the knee during a discussion about racism towards England’s black footballers.

Mr Harri said the gesture was “a simple, bold statement that you reject racism”.

At the time, incoming GB news presenter Nigel Farage said he would “not be taking the knee for anyone” on his programme.

Nestle UK to offshore hundreds of jobs from north of England

A corporate boss who advises the government on “levelling up” the north of England is moving hundreds of jobs abroad.

Nestle’s UK CEO Stefano Agostini, a member of the UK Investment Council, is overseeing the closure of its confectionery factory in Newcastle.

About 475 jobs will be moved to Czech Republic, Poland, and Bulgaria, the Mirror reports.

Another 98 staff will go at Nestle’s KitKat factory in York.

“Leveling up is not what Agostini is doing in Newcastle.”