Skip to content
Home News Boris Johnson latest news: PM ‘may use honors to woo MPs’ as Scotland trip planned to move on from Partygate 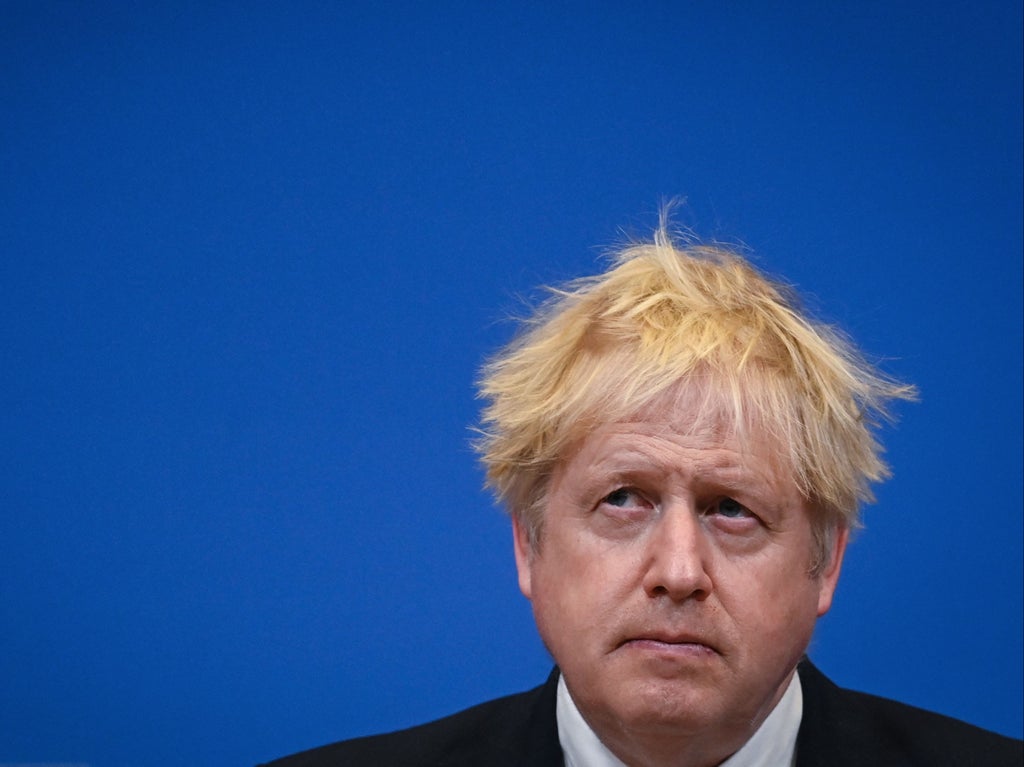 Liberal Democrat MPs are campaigning to block Boris Johnson from having a resignation honors list, and using the promise of gongs to win back support from rebels, if he is forced from office over Partygate.

Letters – seen by The Independent – were submitted to the chairs of the House of Lords Appointments Commission and the Cabinet Office Honors Committee following unconfirmed reports that Mr Johnson had offered knighthoods and peerages to Tory MPs who hold back from submitting letters of no confidence in his leadership.

Wendy Chamberlain, the Lib Dem chief whip, said that without this assurance, a “desperate” PM can be expected to take advantage of the system in his bid to cling to power.

Meanwhile, Mr Johnson is making his first visit to Scotland since the leader of the Scottish Conservatives called for him to quit over the Downing Street Partygate allegations. The PM is using parliament’s half-term break to embark on a “levelling up” tour of the UK, starting in Scotland with visits to a manufacturing site and research and development projects.

PM will fight and win next election, Tory MP claims

More from Brandon Lewis, who says Boris Johnson will “fight” and win the next election despite the partygate investigation.

I have told Sky’s Trevor PhillipsOn Sunday: “He has my absolute 100 per cent-plus loyalty.

“I think this a prime minister is doing things for our country, he’s got the big decisions right. I think he will fight and he will win as a result of the next general election.”

PM getting on with job and won’t be distracted by Partygate probe, says Lewis

Brandon Lewis, the Northern Ireland secretary, has rubbished claims that Boris Johnson is distracted from his “day job” amid ongoing Partygate furore.

Put to him this morning that the PM is “only human”, and “could not possibly” have enough time in the day to deal with the ongoing police investigation into No 10 parties and the “real life issues” affecting the everyday lives of Britons , Mr Lewis said he had only seemed the PM “fully engaged”.

“I have to say in the dealings I’ve had with the prime pinister he’s absolutely focused on the job in hand, about what he’s doing for the British people,” the cabinet minister said.

He added: “The investigation is a matter for the police, I’m not going to put time frames on them, they’ve got to be able to do their job independently, autonomously and see that through.”

When quizzed about whether filling in a new Met Police questionnaire would distract from Mr Johnson’s day job, Mr Lewis said no and, again, argued the government was getting on with what it had to do.

Michael Gove has picked a controversial professor who suggested non-white British-born people are not “indigenous” to advise him on leveling up plans, The Independent can reveal.

The appointment of Paul Collier, who claimed immigration has made “the indigenous British” a “minority” in London – apparently excluding ethnic minorities – has been condemned as “divisive” by anti-racism campaigners, writes our deputy political editor Rob Merrick.

The development economist at Oxford University also argued, at a seminar, that people born in this country should count as indigenous only if they have integrated into British society.

Boris Johnson is making his first visit to Scotland since the leader of the Scottish Conservatives called for him to quit over the Downing Street Partygate allegations.

The PM is using parliament’s half-term break to embark on a “levelling up” tour of the UK, starting in Scotland with visits to a manufacturing site and research and development projects.

Announcing the prime minister’s half-term itinerary, Downing Street said he will get out of Westminster to see how the government is delivering on the people’s priorities across the country. He is expected to be in Scotland on Monday, although his travel plans may be disrupted by the crisis in Ukraine, with fears that a Russian invasion may be imminent.

Mr Johnson is not expected to meet his party’s Scottish leader, Douglas Ross, who last month demanded his resignation, a call later backed by some Tory MPs and MSPs. The news comes after it was reported over the weekend that the PM attempted to begin trying to heal relations with Mr Ross by sending him a handwritten birthday card – two weeks after he made his resignation demand.

The Scottish Tories have also invited Mr Johnson to speak at their conference in Aberdeen next month, although it clashes with the UK party’s Spring Forum in Blackpool.

Mr Johnson’s trip comes in the seven days Mr Johnson has to avoid a fine by answering a legal questionnaire from Scotland Yard officers investigating whether he broke his own Covid-19 laws. Many have demanded his resignation should he be found to have done so.

First up, honors watchdogs have been told Boris Johnson should be barred from having a resignation honors list, to prevent him using the promise of gongs to persuade Tory MPs to back him over Partygate.

Liberal Democrats have written letters – seen by The Independent – to the chairs of the bodies which vet nominations for honors and peerages, urging them to declare they will reject any list put forward by Mr Johnson when he leaves office.

Without this assurance, a “desperate” prime minister can be expected to take advantage of the system in his bid to cling to power, said the party’s chief whip Wendy Chamberlain, who wrote to the chairs of the House of Lords Appointments Commission and the Cabinet Office Honors Committee.

It follows unconfirmed reports that the PM had offered knighthoods and peerages to Tory MPs who hold back from submitting letters of no confidence in his leadership, reports our political editor Andrew Woodcock.

Hello, and welcome to another day of our live politics coverage.

I’ll be with you until around 4pm (GMT), so stay tuned for the latest happenings in Westminster and beyond as Boris Johnson continues in his battle to survive Partygate.

We’re ending our live UK politics coverage for the day. Thanks for reading. We’ll be back with more tomorrow.

Britain desperately needs to get serious on foreign policy to save the country from being viewed as a “figure of fun” on the international stage, according to the shadow foreign secretary.

David Lammy Told The Independent that Boris Johnson’s efforts to take a firm stand on the Ukraine crisis were undermined not only by embarrassment over Downing Street parties, but also by his unreliability towards allies and his unwillingness to tackle the influence of Russian money in the UK.

Boris Johnson will be invited to address Scottish Conservative conference

Boris Johnson will be invited to address the Scottish Conservative conference in March, the party has said.

It comes after the Scottish Tory leader Douglas Ross last month called on the prime minister to resign over the Partygate investigation into possible lockdown breaches in Downing Street.

Mr Ross was among the Tory MPs who wrote to the 1922 Committee chairman Sir Graham Brady seeking to trigger a no confidence vote.

The move prompted Jacob Rees-Mogg, then the leader of the House, to brand the head of the Scottish Conservatives a “lightweight”.