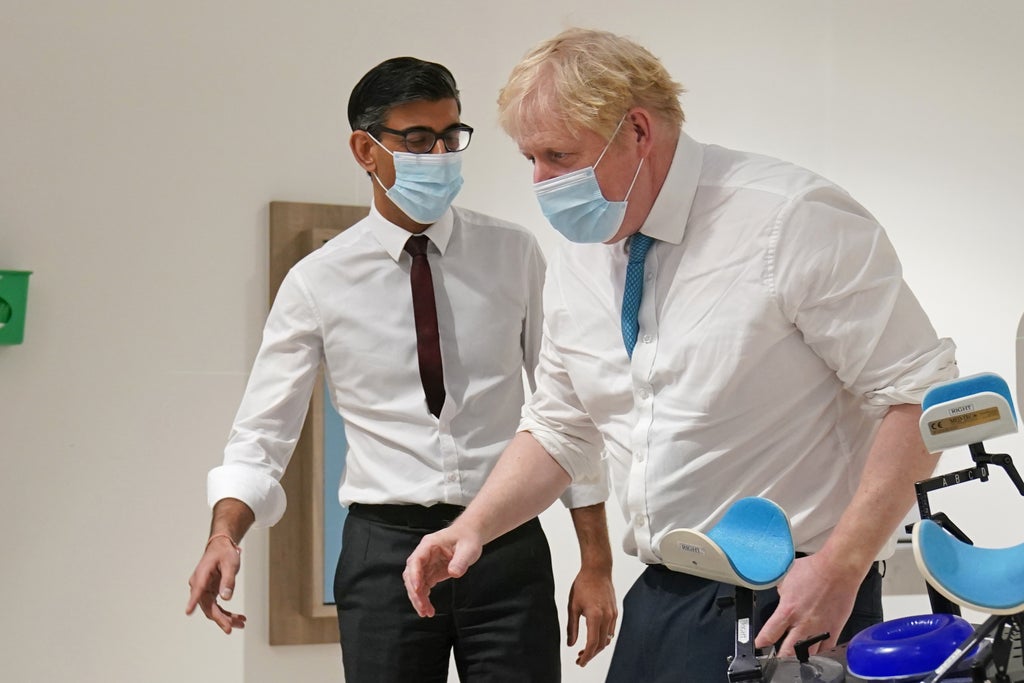 How is Boris Johnson hanging on to his job – for now, at least? In public, he is promising Tory MPs “red meat” on policy and a smaller state. Behind the scenes, he is ruthlessly using his power of patronage to bolster his position.

Here’s a good example. In a letter I’ve seen, Tory MP Bim Afolami told more than 1,000 constituents who complained to him about the Downing Street parties: “I am as appalled as most of you are. If the reports are true, in particular with regard to the night before Prince Philip’s funeral, I [am] sickened. A lot needs to change, and fast. I shall await the inquiry by Sue Gray with interest, but notwithstanding that, I must say that I am currently speaking to as many constituents and parliamentary colleagues as possible to see how we move forward.”

A hint of plotting from Afolami, seen as independent-minded and a bright star on the party’s centre-left. He ruffled feathers by arguing that the government was losing the benefit of the doubt in the public’s mind after the Owen Paterson scandal. His name would have flashed red on the radar of Team Johnson as it tried to head off a confidence vote in him as party leader.

Johnson’s response? He has appointed the 36-year-old Afolami a vice-chair of the Conservative Party, responsible for its youth wing. A deserved promotion, or an attempt to lock him in to supporting Johnson in a vote of confidence? Both, probably.

Johnson is quietly expanding the payroll vote – the 95 ministers in the Commons he is allowed by law to appoint plus 47 parliamentary private secretaries (PPSs), unpaid aides to ministers whose ranks are growing. Johnson has just doubled his own number of PPSs from two to four, including three who entered parliament in 2019, an increasingly disenchanted and rebellious group. Johnson has made several other backbenchers trade envoys, another old trick designed to keep them sweet. For the still disappointed, he hints at another ministerial reshuffle in the summer.

Loyalists insist PPSs play a vital role in building closer links between ministers and backbenchers; a key aim of Johnson’s “re-set” is to give his MPs more influence. But handily, the ever-growing payroll vote should give Johnson a bloc of about 150 votes – well on the way to the 181 he needs to secure a majority of the 360 ​​Tory MPs if a confidence vote were held.

Of course, Johnson will want to win big to avoid the fate of Theresa May who, after surviving a confidence motion by 200 votes to 117 with the aid of her payroll vote, was forced to announce her resignation five months later.

In similar circumstances, a wounded Johnson might again defy political gravity and solider on. His shameless defense of him is emerging: he thought the six parties he attended were working events and he was working while and immediately after attending them. “Some of the gatherings may have become full-blown parties later but not while the PM was in attendance,” one ally told the Financial Times today. As ever, Johnson is blaming everyone else. And why would people “bring your own booze” to a work event?

Allies are said to be increasingly confident Johnson can avoid a fixed penalty notice for breaking his own Covid laws. They would say that, wouldn’t they? The same people askedThe Times: “Do you want the Metropolitan Police deciding who the prime minister is?” An outrageous attempt to put pressure on the police, just as some friends of Johnson previously argued that it was not Gray’s job to decide who is prime minister.

Even if Johnson receives a fixed penalty notice and is fined, he is making clear he will not resign. Many Tory MPs will have other ideas. But as things stand, there are small groups of MPs in the pro- and anti-Johnson camps and a bigger group in the middle, waiting for the outcome of the police and Gray inquiries before deciding whether to trigger a confidence vote. “It will take a catalyst but a fixed penalty notice and fine could provide it,” said one undecided backbencher.

There is a way to scupper Johnson’s cunning survival plan. His calculations of him would be upset if a big beast such as Rishi Sunak resigned from the cabinet over “Partygate.” At present, the chancellor seems reluctant to jump first – a move which could backfire and leave him isolated if no one else followed. Perhaps, then, a band of ministers will need to jump together. That would almost certainly splinter the payroll vote and, crucially, transform the result of a confidence vote Johnson might otherwise win.