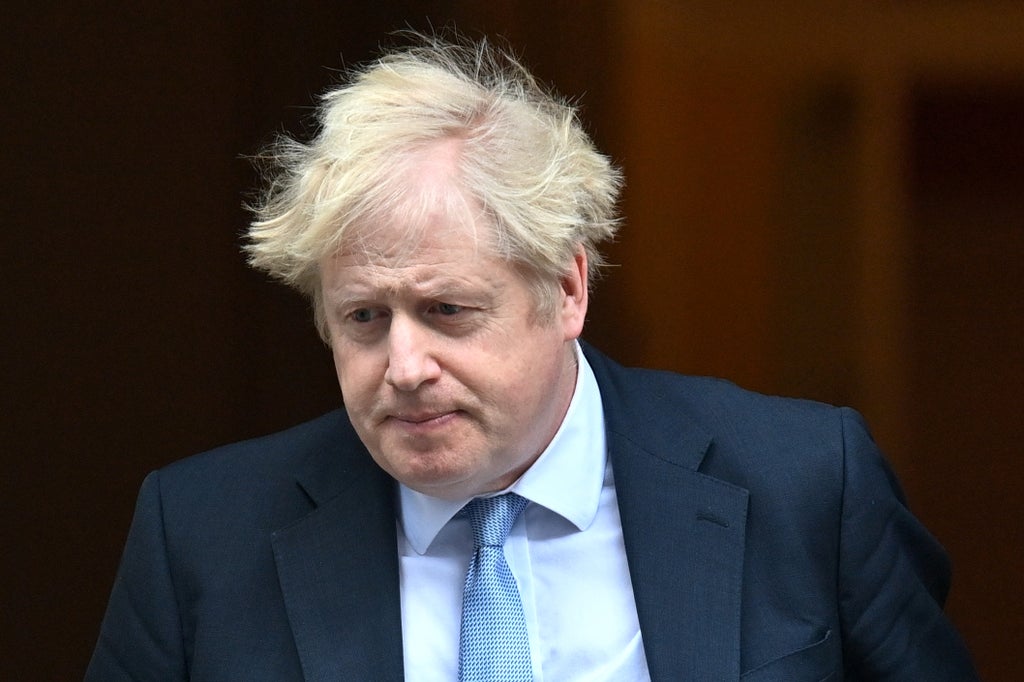 One thousand British troops are being put on standby in case of a humanitarian crisis in eastern Europe if the current Russian military build-up leads to war, Downing Street has announced.

Boris Johnson flies to Poland on Thursday in a further show of support for a key Nato ally amid continuing fears of a Russian invasion of Ukraine.

At the same time Foreign Secretary Liz Truss is in Moscow for talks with her counterpart Sergei Lavrov as Western powers continue to urge President Vladimir Putin to draw back from conflict.

British officials warned any further Russian incursion into Ukraine would be a “humanitarian disaster” leading to a mass displacement of people, which would particularly affect countries like Poland and Lithuania.

Additional troops are being paced on readiness to provide a humanitarian response if required, although they could also be used to provide further support to allies in the region.

Meanwhile 350 Royal Marines from 45 Commando are to begin deploying to Poland as part of a further strengthening of UK support to the country announced earlier this week.

In December the UK sent 100 Royal Engineers to the country after Moscow’s ally Belarus engineered a refugee crisis on the border.

Ahead of his visit to Warsaw, Mr Johnson insisted the West must stand firm in the face of Mr Putin’s “coercive diplomacy”.

He made it clear that Nato could not accept a key Kremlin demand that there should be no further enlargement of the alliance.

“When Nato was founded, allies made a historic undertaking to safeguard the freedom of every member state.

“The UK remains unwavering in our commitment to European security,” he said.

“What we need to see is real diplomacy, not coercive diplomacy.

“As an alliance we must draw lines in the snow and be clear there are principles upon which we will not compromise.

“That includes the security of every Nato ally and the right of every European democracy to aspire to Nato membership.”

Mr Johnson will also visit the alliance headquarters in Brussels where he is expected to reiterate an offer to strengthen its defenses when he meets Nato Secretary General Jens Stoltenberg.

It includes doubling the number of UK troops in Estonia, deploying more RAF jets to create a squadron in southern Europe, and dispatching a Type 45 destroyer and HMS Trent, an offshore patrol vessel, to the eastern Mediterranean.

Russia currently has an estimated 130,000 troops massed along the border with Ukraine, prompting fears that it is preparing for a full-scale invasion.

French President Emmanuel Macron, who met Mr Putin in Moscow earlier this week, said the Russian president had told him he was not seeking to escalate the situation.

However with large-scale Russian military exercises about to begin in Belarus, which also borders Ukraine, there are fears they could be covered for an attack.

While there is no appetite among Western powers for direct military intervention in Ukraine, which is not a Nato member, they have warned of crippling sanctions in the event of any Russian incursion.

After touching down in Moscow, Ms Truss said Russia must immediately withdraw its forces and respect Ukraine’s sovereignty or face “severe consequences”.

“Any incursion would be a huge mistake.

“Diplomacy is the only way forward and Russia must pursue that path,” she added.