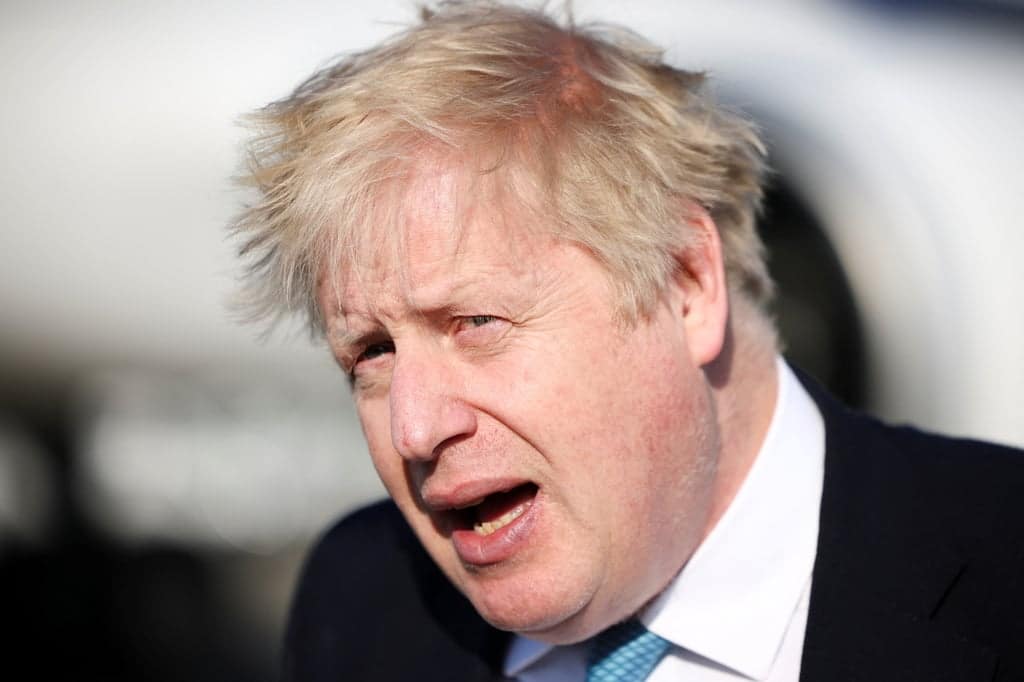 Prime minister Boris Johnson is “entirely committed” to supporting the UK and Ireland’s bid to host Euro 2028 after he had earlier appeared to back the idea of ​​Ukraine hosting the tournament.

Johnson, who is in Brussels for a Nato summit to discuss Russia’s invasion of Ukraine, said it was “beyond satire” that Russia should have declared an interest in hosting either Euro 2028 or Euro 2032. He added that “the best thing possible” would be for Russia to withdraw from Ukraine and for Ukraine to be handed the tournament.

Downing Street moved to clarify Johnson’s position, saying he had been responding to a question about Moscow’s “brazen and sorely misjudged” attempt to obtain a platform on the international stage by hosting the tournament.

“Clearly we remain entirely committed to the UK and Ireland bid for Euro 2028 which retains the Government’s full backing,” the prime minister’s official spokesman said.

The spokesman said the prime minister would “very much” like Uefa to rule out Russia hosting the tournament.

“All sorts of sporting bodies have taken responsible action in removing Russia from their competitions,” the spokesman said.

“They should not be able to compete or have the prestige of taking part in global tournaments. This is not because we want to punish the Russian people, it is simply because it is another way of putting pressure on Putin to reverse his course and change tack.”

Johnson had initially said: “I think the idea of ​​Russia holding any football tournament or any kind of cultural event right now is beyond satire.

“I can’t believe anybody would seriously consider their suggestion and the best thing possible would be for the entire Russian armed forces to withdraw forthwith from Ukraine and hand the tournament to them, of course.”

Senior figures within Uefa were dismayed by the Russian bid on Wednesday evening and expressed hope that it would be immediately dismissed.

The declaration of interest had to be accepted because at this stage the Football Union of Russia (FUR)’s membership of Uefa and Fifa has not been suspended, only the right of their national teams and clubs to compete in Uefa and Fifa competitions.

The federation’s membership of Uefa will be kept under review, Uefa said on Wednesday.

The UK and Ireland first announced their intention to bid for Euro 2028 on 7 February at the end of a feasibility study which had initially been launched with a view to bidding for the 2030 World Cup, and the five associations behind the bid confirmed on Wednesday that a formal ‘expression of interest’ had been sent to Uefa.

Johnson tweeted in support of that submission on Wednesday, writing: “The UK and Ireland bid for the Uefa Euro 2028 has this government’s full backing.

It had appeared that the UK and Ireland bid would face no opposition before Russia’s shock entry, and a subsequent submission from perennial bidders Turkey ahead of Wednesday evening’s Uefa deadline.