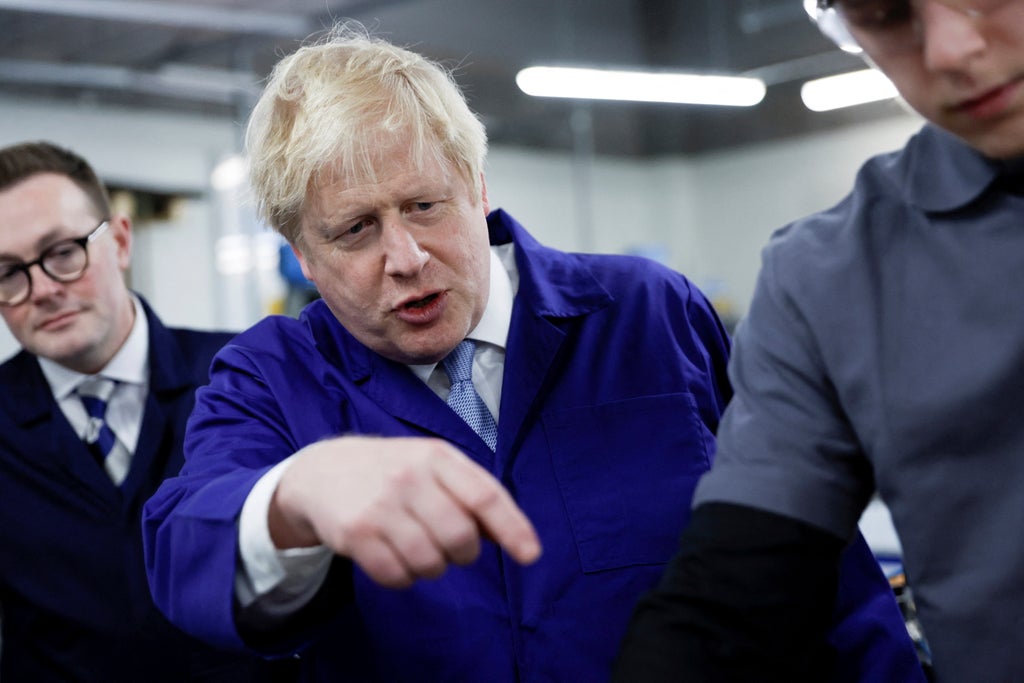 A former Conservative Party chairman has called Boris Johnson a “moral vacuum” for not apologizing for the false claim that Sir Keir Starmer failed to prosecute Jimmy Savile.

In a stinging attack on the prime minister, Lord Chris Patten also suggested that the party had undergone a “fundamental change” with some sections having “become an English nationalist, populist, Johnsonian cult”.

His intervention comes after an exodus of senior officials from No 10, including Johnson’s long-time aide Munira Mirza, who resigned last night in protest at the prime minister’s comments towards Sir Keir in the House of Commons.

Three other officials, including the 10th communications director and chief of staff, have also announced their departure from Downing Street amid continued fallout from party allegations during Covid restrictions.

Addressing the prime minister’s widely condemned comments about Saville, which also drew criticism from Conservative MPs, Lord Patten told the BBC’s World at One: “I always thought the show was likely to end in disaster.

“And I’m afraid that’s what happened,” he said. “He was particularly marked in the last act by this kind of scurrilous attack on Keir Starmer for which there was no other purpose than to try to excite some members of the right wing of the Conservative Party in the House of Commons.” .

He also praised Foreign Minister Rishi Sunak, tipped as Johnson’s most likely successor if he is forced to step down, for distancing himself from the prime minister’s comments during a news conference on Thursday.

“I heard other ministers were asked if they would repeat the words and they dodged, dove, ducked, swung and weaved without being prepared to say it,” the former cabinet minister said.

“But obviously it was completely unnecessary and just an example of him saying what suits him at a given moment.”

After learning Mirza had privately urged the prime minister to apologize for the comments to the Labor leader, Lord Patten said Johnson “didn’t listen because I think he’s incapable of doing that, I think it’s a moral vacuum.”

His comments seem to echo those of another Tory great, Sir Malcolm Rifkind, who told BBC Newsnight that the prime minister had become “toxic”, adding: “With the best will in the world, one has to say that This is not so much the end.” of the beginning, but it is the beginning of the end.

Taking aim at the direction of the Conservatives, a party he chaired between 1990 and 1992, Lord Patten also said that parts of it had “become an English nationalist, populist, populist, Johnsonian cult”.

“The party that I was proud to be a part of would not have done some of the things that Boris and his colleagues have been doing,” he added.

Questioning the favorites to succeed Johnson should he step down as prime minister, he continued: “Who do they say they want now? They say they want Liz Truss, which I don’t think is a terribly good idea, to put it mildly, but there is now a real danger of the government playing right wing and doing stupid things about the Northern Ireland Protocol.”

He also dismissed suggestions that the departure of key aides from Johnson’s Downing Street operation could represent a “fresh start”, saying it was “very difficult to see given that the problem is not the staff” but “the person who employs them, the person who is supposed to lead in number 10”.

Addressing the staff at No. 10 on Friday morning, however, Johnson tried to put a positive shine on the exodus of top officials, quoting the Lion King as he told the rest of the staff: “Change is good.”

In a speech to his 10th team in the cabinet room, seen by some by video link, the prime minister acknowledged that the government was going through “difficult times” and that errors in judgment had been made.

But he told them: “As Rafiki says in The Lion King, change is good and change is necessary even if it is difficult. We have to continue our work of serving the people of this country.”