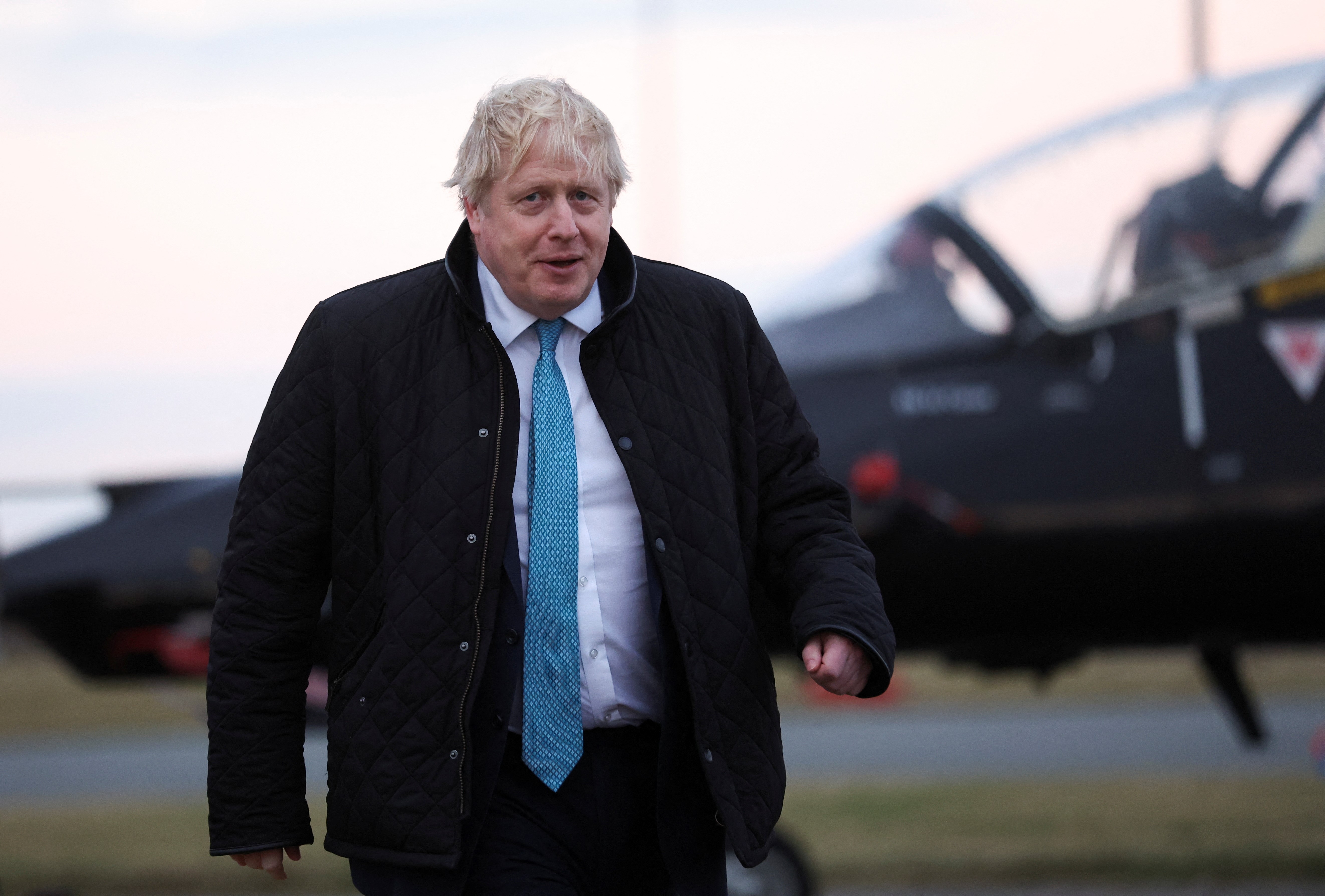 Boris Johnson has clung to the Ukraine crisis to put on a statesman’s cloak to keep the scandal away from the parties in Downing Street. The United Kingdom wants to significantly increase its contribution to NATO “to strengthen Europe’s borders in the face of growing Russian aggression,” Downing Street announced in a statement on Saturday. British officials will go to Brussels next week to finalize the details of an offer that includes doubling the number of soldiers, sending defensive weapons to Estonia, and providing fighter jets, warships and military specialists to protect the countries of the Atlantic Alliance .

“This package of measures will send a clear message to the Kremlin: we will not tolerate their destabilizing activities and we will always support our NATO allies in the face of Russian hostility,” said Johnson, announcing that this defensive increase will take place next week. “If President Putin chooses the path of bloodshed and destruction, it will be a tragedy for Europe. Ukraine must be able to freely choose its future”, assured the British Prime Minister.

Johnson plans to convey this message to Putin by phone and travel to Ukraine next week to express his support for the region. At the same time, he has instructed his defense and foreign ministers, Ben Wallace and Liz Truss, to travel to Moscow as soon as possible to meet with their counterparts and work “on improving relations with the Russian government and a de-escalation of the current tension.

Johnson will keep Ukraine as a priority task for his government, in a week in which the official Sue Gray’s report on parties banned in Downing Street during confinement is likely to be published. The decision of the London Metropolitan Police to investigate these parties, and their request that references to the possible infractions being investigated be omitted from the report, has delayed the publication of a report that the Government and the opposition expected last Wednesday.

Political activity remains at a standstill, and many Conservative MPs who were hoping to read the document before deciding whether to join the effort to unseat Johnson have expressed anger at what they see as Scotland Yard’s ploy to give Johnson time, and even to downgrade the severity of the published content of the report. Even so, the prime minister has asked the chief of the British General Staff, Tony Radakim, to report to the full government next Thursday on the situation in Ukraine. The UK has more than 900 troops deployed in Estonia, and more than 100 in Ukraine as part of Operation Orbit. Through it, about 22,000 Ukrainian soldiers have been given military training since 2015. More British technicians are expected to arrive in Ukraine this month to train in the use of the more than 2,000 missiles sent by the United Kingdom.