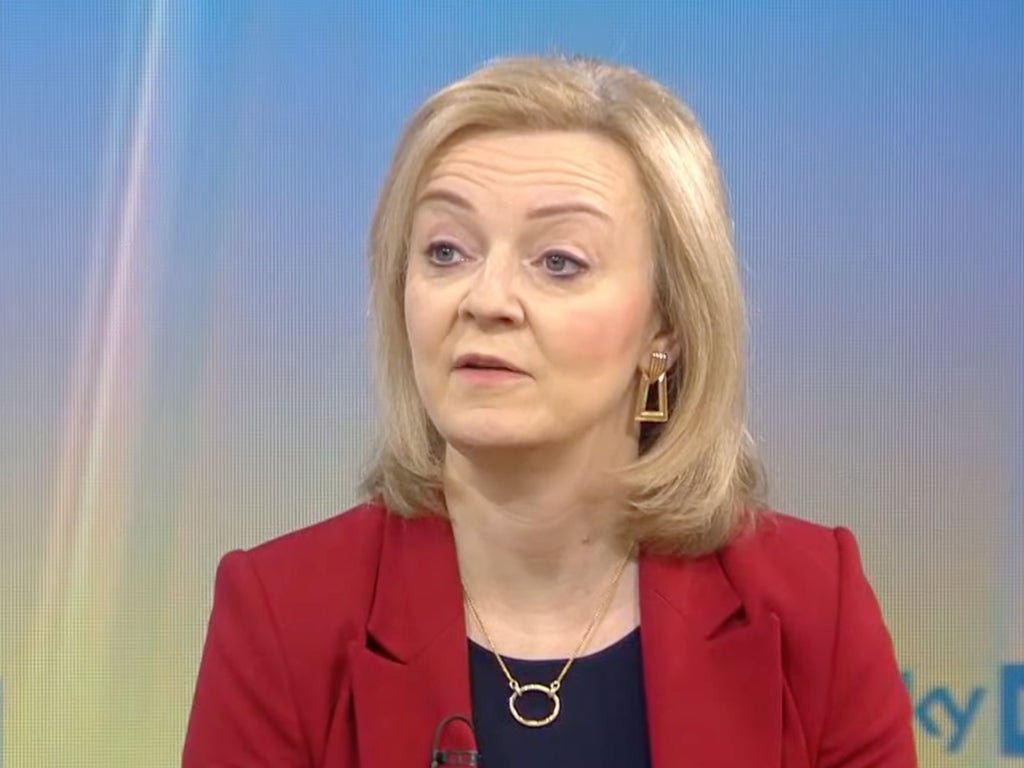 Boris Johnson must change the “culture” of Downing Street after a series of allegations that staff were partying during Covid lockdown restrictions, Foreign Secretary Liz Truss has said.

The foreign secretary was “100 percent” behind Boris Johnson and wanted him to stay in office, while refusing questions about her own leadership ambitions.

“Clearly there are worrying reports, and clearly there needs to be a change in culture,” Ms Truss told the BBC. Breakfast ahead of the imminent release of the official Sue Gray’s report at social gatherings.

“We need to get the results of the report, we need to see the results and fix the problems that are out there,” he said, urging MPs and others to avoid “speculation”.

Asked if she was interested in replacing him, Ms Truss told BBC Radio 4 Today program: “I want the prime minister to continue in his work, he is doing very well.”

The foreign secretary said: “I absolutely take the prime minister’s word for it.” When asked if he would support him “no matter what,” he added: “Absolutely.”

The release of Ms Gray’s investigation into the meetings at No 10 and Whitehall apartments was “quite imminent”, Ms Truss said on Wednesday morning, confirming that the Prime Minister had not yet received it from the Cabinet Office.

Mrs. Truss said that Mr. Johnson had already apologized for attending the drinks event at No. 10. In an apparent swipe at Chancellor Rishi Sunak, who had skipped over Mrs. Johnson’s apology in the House of Representatives the Commons, added: “I was with him in the House of Commons when he did it. that.”

His cabinet partner, Jacob-Rees Mogg, claimed that there would have to be a general election if Johnson were to be ousted by his party. But Ms Truss dismissed the idea as “complete hypothetical speculation”.

The minister said she did not attend any alleged rule breaking party in Downing Street, nor was she invited. When she was asked on Sky News: “Did you go to any parties?”, she said: “I didn’t go”. And to the question: “Have you ever been invited?”, she said: “No”.

It comes as junior minister Conor Burns tried to defend the prime minister by arguing that he had been “ambushed with a cake” during his 10th birthday meeting held during lockdown restrictions.

Labor MP Chris Bryant has warned that Mr Johnson could try to “cheat” by publishing Ms Gray’s report just before PMQ to avoid being challenged about his findings.

The chairman of the Public Life Standards Committee said the prime minister likely intended to “manipulate parliament” once the senior official’s report is delivered to No10.

Mr. Bryant also told the Today program that people have created “very high expectations” for the report and misconstrues it as a “quasi-judicial” process, reminding the public that Ms. Gray is “reporting to her boss”.

Meanwhile, Truss said Britain is not ruling out sanctions targeting President Vladimir Putin himself if Russia invades Ukraine. Asked about possible sanctions against Putin, Truss told Sky: “We don’t rule anything out.”

He also told LBC that Britain was “ready to impose sanctions” and would legislate for tougher sanctions against Moscow. “We are coordinating with our allies, but of course we need to make sure that everyone is ready to put those sanctions in place.”

Asked why she had been photographed in a tank during a recent trip to visit British troops in Estonia, Truss said she had been “showing our strong support for freedom and democracy”.