Skip to content
Home News Boric, the new face of the left in Latin America | International 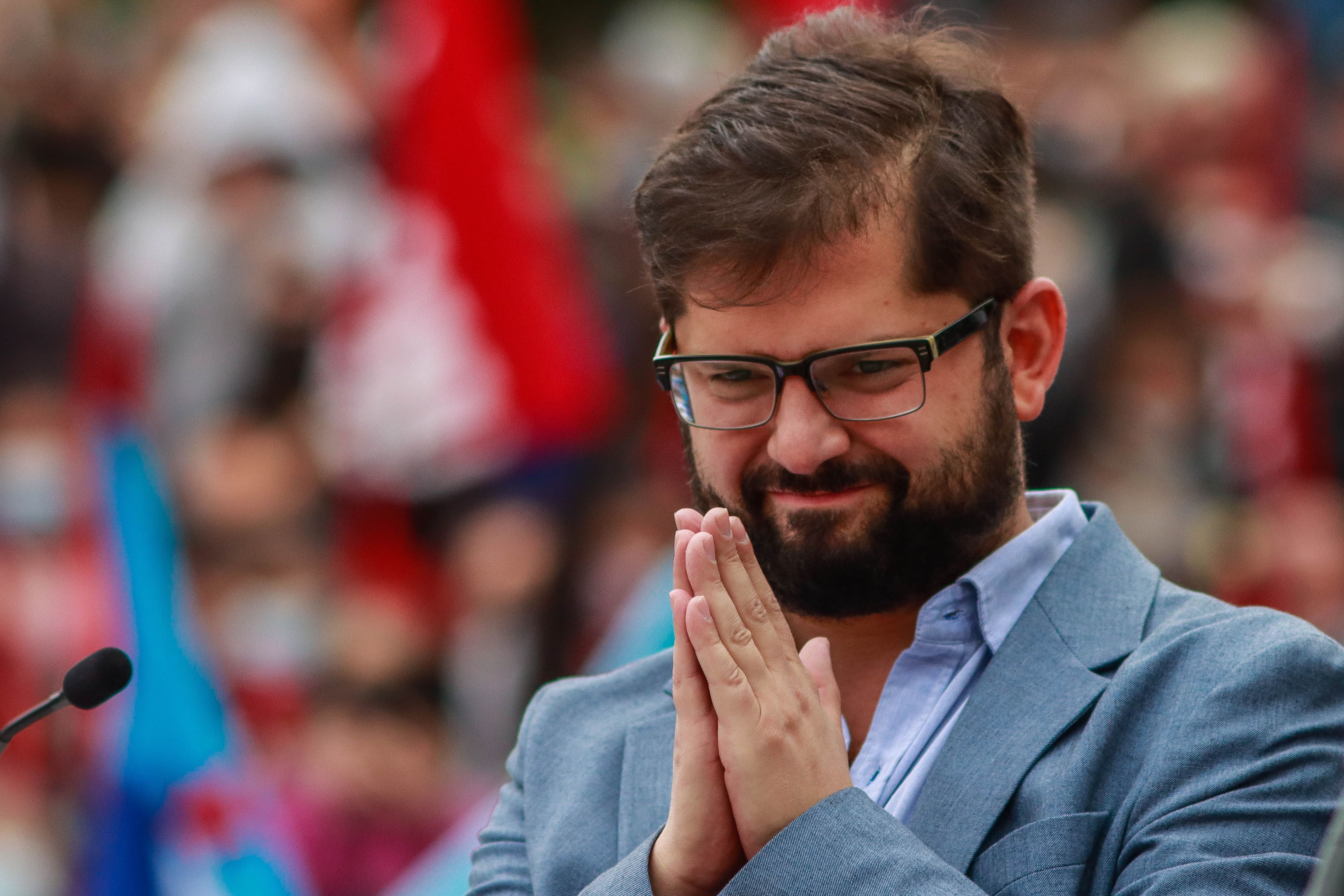 When Gabriel Boric was asked to be a presidential candidate, he refused. “It is not in my interests. There is a lot of experience, a lot to learn, of knowledge of the State, ”he told his colleagues from the Broad Front who had proposed him to be the sector’s card to face Daniel Jadue, of the Communist Party, in the internal election of the I Approve Dignity coalition . Forced by the lack of relevant figures in his party, he accepted. And in July 2021, he swept the primaries: Boric won 60%, more than a million votes, against the best candidate communism had had in its 110-year history. And it was not bad in the race. A representative of a left that did not experience the horrors of the Augusto Pinochet dictatorship, he became the youngest president in the history of Chile this Sunday with almost 56% of the votes.

On the day of his victory in the primaries last July, Boric quoted in his speech a famous phrase from Salvador Allende, the socialist president who on September 11, 1973 was taken from La Moneda dead by the military coup. “The great avenues through which free men and women pass will be opened to build a better society,” he said. It was no accident. Boric rescued during the campaign the memory of that socialist government of the seventies, but broke ties with the traditional parties that led the democratic transition as of 1990. Thus the irruption in high politics of the so-called “generation without fear” was consummated. the one who learned about the dictatorship from her parents or in school readings. This new generation of the left, very young and emerged in the secondary and university cloisters, shot at the heart of the Chilean transition. He accused her of not having broken ties with the neoliberal imprint that the military government imposed on Chile, with a minimal State, without quality public services and families in debt for life to pay for their children’s studies.

Boric was born in 1986 in Punta Arenas, Magallanes region, in the southernmost tip of the country, into a wealthy middle-class family. The son of an oil employee of Christian Democratic militancy, he began in politics at school. “He is a person who emerged as a student leader from a very young age, when he lived in Punta Arenas,” explains Claudia Heiss, head of the Political Science degree at the University of Chile. “Then he studied Law at the University of Chile [en Santiago] and in 2009 he managed to expel the dean, who had accusations of plagiarism and discretion. That had no antecedents, “he explains. In 2011, Boric led, along with other student leaders, street protests for improvements in public education. His figure was enlarged.

“Boric would be a corrected version of [el activista francés] Daniel Cohn-Bendit, who does May 68 in 2011 and instead of going to a community hippie create a party “, says Eugenio Tironi, professor at the Catholic University. “It is sold to the system, but does not make a career within the traditional parties and founds [en 2017] a force of its own that is the Frente Amplio. First defeat the Communist Party in the internal, then go to the ballot [en la primera vuelta del 21 de noviembre], later rearticulate the entire center-left ”and, finally, win the presidency.

In 2014, Boric was sworn in as a deputy, along with other leaders emerged from the 2011 riots, such as the communist Camila Vallejo. Everyone remembers that solemn act, to which Boric decided to go without a tie and an informal jacket. Longtime politicians fired criticism against him. Boric said then that “the Chilean Parliament does not represent social diversity, but rather an elite from Santiago, macho and, obviously, upper class.” At that time, he closely followed the course of Podemos in Spain and read Build town by Íñigo Errejón and Chantal Mouffe. “His reference is Errejón, he is not Pablo Iglesias. He does not come from a communist family, from the libertarian left; he comes from an upper middle class and has never disgusted an understanding with social democracy ”, explains Tironi.

In 2017, together with his friend and also leader Giorgio Jackson, he won 20 deputies in Congress. In October 2019, he took to the streets again, to participate in the social unrest that made the government of Sebastián Piñera shake. And then there was the break, the great leap into politics. Boric held a conversation in Congress with the right-wing senator Juan Antonio Coloma and agreed as a way out of the crisis to change the Constitution of Augusto Pinochet, in force since 1980. His personal decision led the Broad Front to sign an agreement on November 15. with all the political forces to call for the election of a Constituent Assembly.

“That catapulted him as a presidential candidate,” Heiss explains. “He said that a negotiated solution had to be found and signed with the UDI [el partido tradicional más a la derecha del espectro político chileno]. Boric is reasonable, open to dialogue, and has learned from the complexity of politics. Boric spoke very badly of the games and that has changed him. It has shown the ability to do things that its rank and file do not like, such as the agreement of November 15 ”, summarizes Heiss. In fact, the firm distanced him from the Communist Party, which did not support the pact. And many of the students who were following him at the time considered him a “traitor.” At the end of 2019, with the streets still burning, some young men rebuked and attacked him in the center of Santiago: “You sold the town,” they yelled at him, while throwing beer at his face. Boric then moved away from the front line of the Broad Front, to which he would return later to be a presidential candidate.

Then the most pragmatic Boric appeared. For the campaign for the second round, he approached the leaders of that Concertación that he had reviled so much, in an effort to win the votes of the center, which were key in his victory against the right-wing José Antonio Kast. Boric put on a jacket and a shirt and met with former President Ricardo Lagos, joined the support of the Christian Democrats and the Socialist Party and received public support from former President Michelle Bachelet. His voters became “Chilean and Chilean”, no longer “colleagues”. This Sunday, he became president of Chile.

Monkeypox: What is monkeypox, what are the symptoms, and are there cases in Scotland?