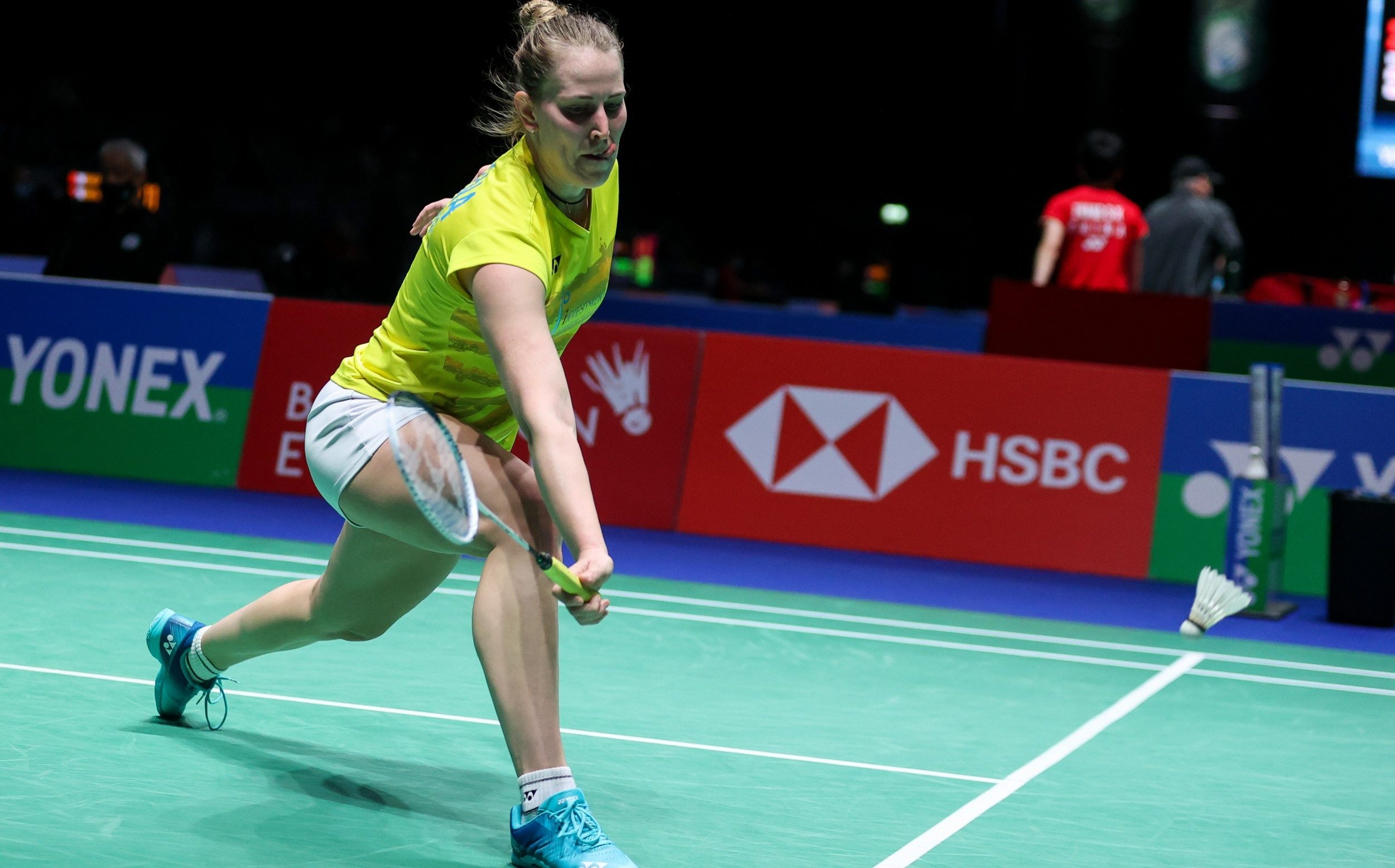 “I thought it was a normal day,” says Maria Ulitina, taking a moment to process the memory. “But that morning I woke up because I heard an explosion. You know, when you’re sleeping you’re like maybe that didn’t happen?”

Waking up to the sounds of air raid sirens and bombing was not what the 30-year-old badminton expected to hear in the lead up to her debut at the All England Open Badminton Championships this month.

Ranked 58th in the world, the Ukrainian athlete was a shock late entry – one of the first Ukrainian athletes to enter Britain and compete following the Russian invasion of her country. A call from her coach de ella that morning confirmed her worst fears de ella, Russian troops had started the invasion in Kyiv, which has gone on to become the largest military assault on a European state since World War II.

“I always dreamed to be here. But honestly, I never could have imagined that it would happen in the circumstances,” she shares from a small hotel room in Birmingham. In the background are a small cluster of personal belongings, all that she was able to gather before her sudden departure from her. “I had no preparation, I had to leave my home.”

Emotions are high as Ulitina reflects on the 1000km car journey from Dnipro to Hungary, where she was granted an emergency visa to compete at the championships. She made the gruelling journey over a period of three days, driving approximately 300km a day whilst stopping only to sleep at petrol stations.

“I never wanted to leave. It’s my country and my home. But I’m an athlete, I had to be able to help my country to represent it in the sports world so people don’t forget. This is a real war and we need to stop it.”

“I was just staying home with my friends and my pets, with bags packed ready. The air alerts would start and stop, again and again. We would hide because you never know when a bomb would land but thankfully it didn’t.”

“I spoke to my mother, and the federation decided that I have to represent my country and because this is my job, this my life, I didn’t want to give up.”

Ulitina packed the car with training kit and her beloved pets, her border collie and two cats, Cooley and Bobtail. Despite falling to a heavy defeat in the first round, beaten 21-8, 21-6, Ella’s main goal was to make her country proud. Her words from her echo those of 20 year-old high jumper Yaroslava Mahuchikh, who won gold at the World Indoor championships in Belgrade last weekend.

Of course the Ukraine that the world is learning about on the news, and that Ulitina is now witnessing, is far removed from the country of her childhood. Ulitina smiles as she shares fond memories of her hometown, Dnipro. She grew up playing badminton with her parents de ella, following in the footsteps of her older brother de ella who played in the local community centre.

“I have [Ulitina’s brother] liked the sport so much and said, ‘I want my sister to become a champion.'” She laughs. “So when I grew up a little, my parents, together with my brother, gave me the section in front of our home to start playing badminton.”

For Ulitina now, and Mahuchikh too, sport is a place to take moments of refuge. For some of the three million refugees who have fled Ukraine, an estimated 90% women and children, building a home away from home is a challenge many have to face.

It is an experience that Comfort Etim, a footballer from Nigeria, is all too familiar with having sought asylum in the UK. Growing up in a football mad family – her mother de ella, she says, was one of the first female coaches in Nigeria – by the age of 16, Etim went on to play for a division two team in Nigeria. It was there she met a man who posed as a football scout and brought her over to the UK. Terrifyingly for the teenager, I have turned out to be a fraudster. Etim was left on her own by her, a child, in a foreign country. Scared and alone, she remembered her mother’s dream of her.