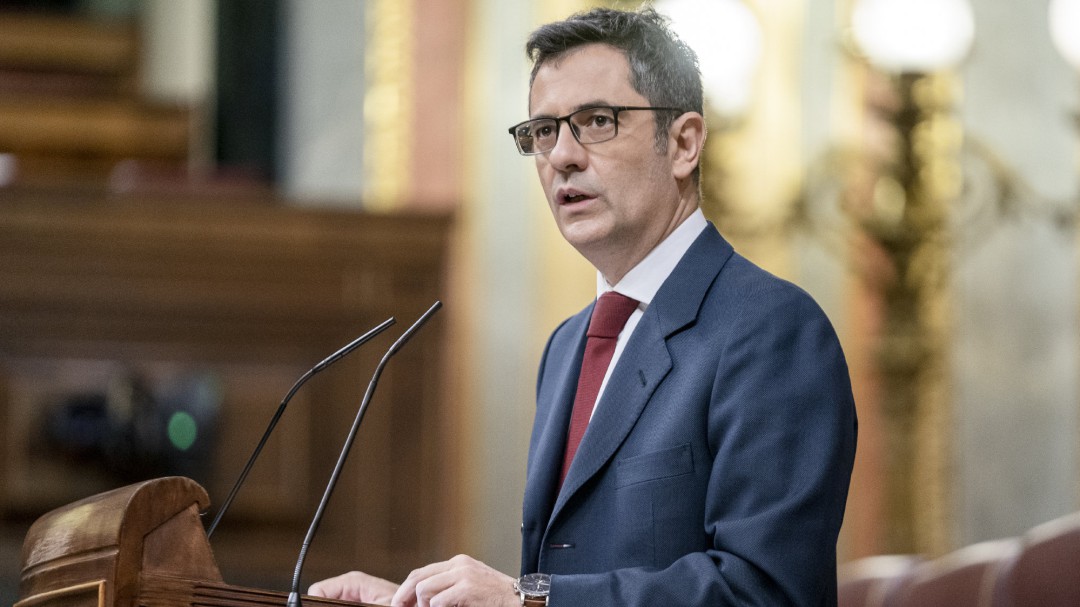 The Minister of the Presidency, Félix Bolaños, assured this Sunday that “before December 31” a “balanced and agreed” labor reform will be approved that “will end the two great problems of the labor market, precariousness and temporality”.

Bolaños, who has intervened in Fuengirola in the provincial congress of the PSOE of Malaga, has affirmed that the Government does not want to “allow people to chain short temporary contracts without being able to develop a life project or request a mortgage, because they do not give it to them “. Nor is it going to allow “precariousness, that in Spain there are poor workers who work two days a month”, and it is going to bet on “having labor relations for the 21st century.”

Regarding pensions, he pointed out that there are “two models”, one of them that of the PP, “with a misery update of 0.25% every year for all pensions”, which means that “in twenty years the pension between 30 and 40% “.

The other model is the socialist one, which foresees “raising pensions what increases life, lower pensions above”, and adding “an equity factor” for which, “paying a little more employers and workers” , the future pensions of the young people who are now working are guaranteed.

According to Bolaños, “the right-wing model is to slowly but surely reduce public pensions so that at some point they become worthless.” Regarding the state budgets, he has described them as “an example of stability at the moment with the most fragmented Parliament in the history of democracy”, having received the support of 188 votes.

The budgets “that any social democratic government would make”

He assured that they are the budgets “that any social democratic government would make in Europe” and that the program of the new German government “is inspired” by the public policies that are being applied in Spain, something that is “a reason to be proud.”

For the minister, there have been “two ways of facing politics in these years”, the social democratic and progressive versus the “ultra-liberal of the right hand in hand with the far right, which is committed to confrontation, tension and deteriorating the public “.

The budgets “are much more than numbers” and they pretend that “a fair recovery reaches everyone”, and that is why “the right does not want to talk about these things,” according to Bolaños, who believes that it is “impossible for the PP to have a country project when they do not agree on a party project “.

He has also highlighted that there are already 39 million people vaccinated with the full dose against COVID-19, “a country success recognized by international organizations and by the World Health Organization, but that in Spain the right does not recognize.” According to Bolaños, it is “a success for the Government of Spain, but also for the autonomous communities, and especially for public health and public health professionals.”

Regarding European funds, he highlighted the “special role” of Pedro Sánchez in obtaining them and recalled that Spain was the first country to submit its application, the first to be approved and the first to receive 10,000 million euros , but “the right does not recognize that it is a success either.”

He highlighted that there are already more busy people “than in February 2020, before the pandemic”, so “the only thing that is bankrupt is the PP and its credibility”, and Spain has “a solid and powerful economic growth that is going to generate quality employment “.

Bolaños has asked to leave “the discourse of pessimism and discouragement in the hands of the right and the extreme right”, and that “whoever proclaims the end of the world, explain it”, since “when the right proclaims it, the normal thing is that the world is a little better. “