Skip to content
Home News Blow to elver smuggling: a judge fined 7.2 million a trafficker who hid 65 kilos of the protected species in suitcases | Climate and Environment 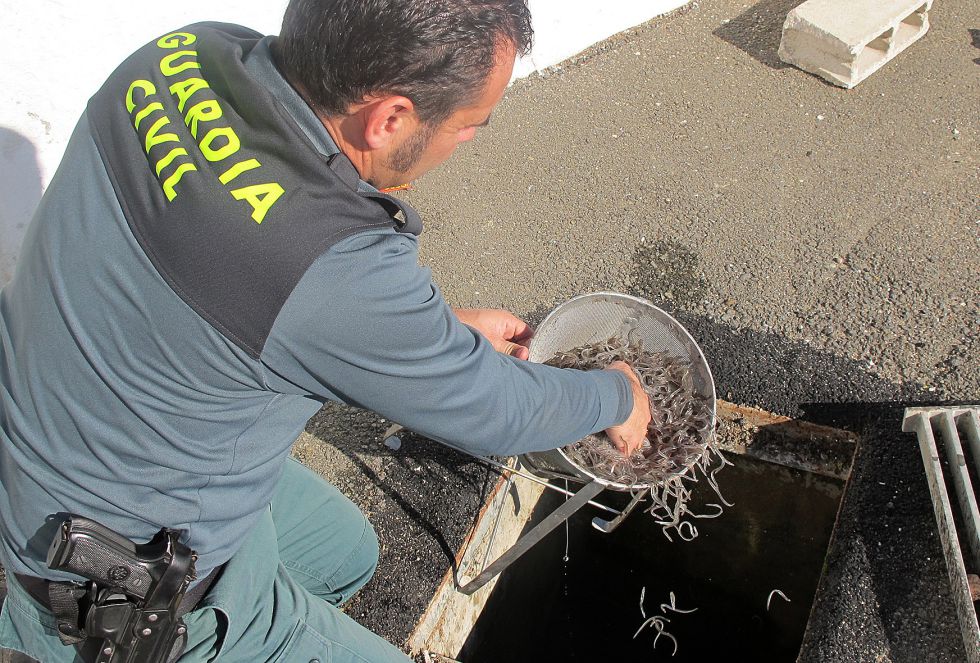 A magistrate from Algeciras has imposed a fine of 7.2 million euros on a glass eel trafficker who tried to pass 65 kilos of European glass eel to Morocco, the fry of the eel eel. This species is endangered and, in addition to being prohibited from fishing in many Spanish rivers, it cannot be exported outside the European Union. But elver is highly valued in Asia, which has led to a huge illegal trade to that area from Spain. The eels are transported alive by traffickers to China hidden, for example, in suitcases. The Asian country could have been the final destination of the 65 kilos that the now condemned tried to take out through Morocco, according to the sentence signed by the magistrate of the Criminal Court 1 of Algeciras, Luna González Pinto.

The condemned man, who responds to the initials HA, tried to transfer to Morocco the 65 kilos of live eels hidden in suitcases with clothes inside plastic bags with water on December 29, 2017. The suitcases were carried in his car, with which he intended to cross into the neighboring country by boat from the port of Tarifa (Cádiz). But when he was going to pass the control, the Civil Guard agents discovered the illegal shipment.

“Of the 65 kilograms, only two kilograms survived, which were deposited in the Castellar de la Frontera Zoo for recovery,” the sentence states. Then, the fry were released into a river also in the province of Cádiz. “The damage caused to the environment derived from the destruction of their habitats and the decrease in future biomass has been valued by the Ministry of Agriculture, Livestock, Fisheries and Sustainable Development of the Junta de Andalucía in the amount of 7,200,000 euros”, add the sentence. That has been the fine that has been imposed on HA, who has also been sentenced to 1.3 years in prison.

“I don’t know of any sentence in Spain with a fine of such a volume for a person for glass eel trafficking,” says Cordovan biologist Carlos Fernández Delgado, one of the country’s leading experts on this species and who has been fighting illegal trafficking for years.

The prison sentence and the fine of 7.2 million imposed coincide exactly with the request of the Prosecutor’s Office in this case. In the judicial resolution, the magistrate rejects the arguments put forward by the defendant’s defense, which argued that the 65 kilos he was carrying hidden were for his own consumption and that of his family: “Due to the number of specimens he was transporting, the explanation offered by the defending”. The judge also recalls that the reports of the experts indicate that “this type of product is not consumed in Morocco”, but that this country “is the gateway to destinations such as China, where it is a highly valued product”.

Fernández Delgado explains that in Morocco there are no restrictions on the export of eel as in the EU, so from there shipments can then be sent to Asia.

Cadiz is one of the traditional hot spots for illegal elver fishing, which is then tried to be taken out of Spain alive. In recent years seizures at Spanish airports of shipments of eels hidden in suitcases have multiplied. In 2018, a large network that operated in Spain and Portugal and that had systematized shipments in luggage fell.

These fingerlings are transported alive so that, once in Asia, they fatten up to become eels, the product that is most commonly consumed in China and is highly valued. According to the Sustainable Eel Group, the European organization for the conservation of this threatened fry, every year around 100 tonnes of glass eels leave Europe illegally.