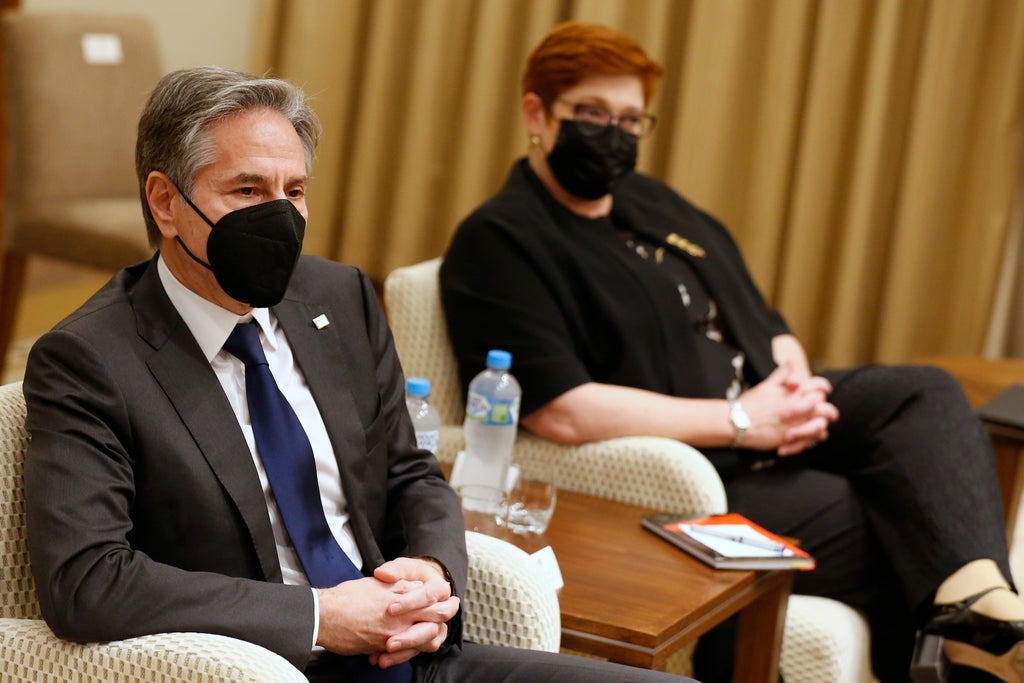 Confrontation with China is not inevitable, but the United States must stand up with its allies for a rules-based system threatened by Chinese aggression, Secretary of State Antony Blinken said Friday.

Blinken was speaking shortly before a meeting with the foreign ministers of Australia, India and Japan. The four nations form the so-called “Quad,” a bloc of Indo-Pacific democracies created to counter China’s regional influence.

Asked by a reporter if a confrontation with China in the Indo-Pacific was inevitable, Blinken replied: “Nothing is inevitable.”

The Quad partners are united by an “affirmative vision for what the future can bring” and a “commitment to defend the rules-based system that we have spent tremendous time and effort building,” he added.

Blinken’s trip is designed to reinforce America’s interests in Asia and its intent to push back against increasing Chinese assertiveness in the region. He will also visit Fiji and discuss pressing concerns about North Korea with his Japanese and South Korean counterparts in Hawaii.

The Chinese Foreign Ministry this week accused the United States of using the Quad to force other countries to accept the standards of American democracy.

Australia has suffered trade retaliation in recent years for angering Beijing for actions that include outlawing covert foreign interference in domestic politics, banning Chinese tech giant Huawei from major infrastructure projects and demanding an independent investigation into the origins of the COVID-19 pandemic.

“The things we discussed today are mainly how we will continue to always stand up for our values ​​… which is what unites us most,” Morrison said.

“In doing so, we stand up to those who would seek to coerce us. And as I understand from our Quad partners, none of you understand better than we do. And that is a great comfort to us that the coercion and the pressure that Australia has been placed on, we greatly appreciate your support,” he added.

Earlier on Friday, Blinken and Hayashi held a bilateral meeting in which they expressed “deep concern” about Russia’s beefing up of its military at the Ukrainian border, a Japanese Foreign Ministry official said on condition of anonymity citing protocol.

Blinken is expected to address threats posed by a growing partnership between authoritarian Russia and China, particularly after the Sunday meeting in Beijing between Russian President Vladimir Putin and Chinese leader Xi Jinping at the opening of the Winter Olympics.