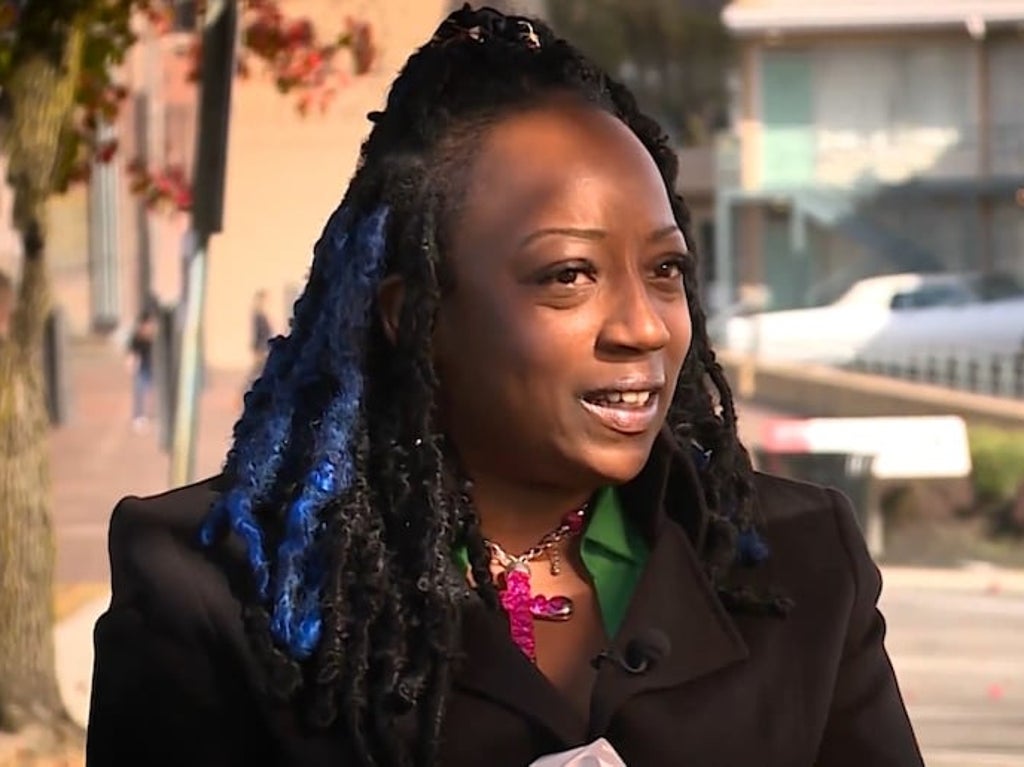 A Black Lives Matter activist has been jailed for six years for trying to register to vote even after authorities told her she could.

Pamela Moses, a BLM community activist and former Democratic candidate for mayor in Memphis, has said that she had done everything she needed to do to regain her right to vote in Tennessee.

She had a long list of felony convictions, including tampering with evidence, leading to her right to vote being revoked. She has said she didn’t know she lost the right to vote when she pleaded guilty.

In 2019, both the corrections department and the county election commission confirmed on her voter registration application that Moses’ probation was over and that she was eligible to vote once more. But the officials who signed off on her voter registration application have said they made a mistake, meaning that Moses’ right to vote remained revoked.

Moses was charged with illegally trying to register to vote when she submitted the application along with the certificate signed by the officials.

The 44-year-old was convicted last November and sentenced last week to six years and one day in prison.

Before she was sentenced, she told WREG: “I relied on the election commission because those are the people who are supposed to know what you’re supposed to do.”

“And I found out that they didn’t know,” she said. Critics have slammed her sentence on her as much more severe than that of others convicted of similar crimes, with the NAACP Legal Defense Fund tweeting that it showed that “there are two criminal justice systems in America.”

“This case is one about the disparity in sentencing and punishment – ​​and one that shouldn’t have happened,” Moses’ lawyer Bede Anyanwu told Washington Post on Friday. The attorney said her client plans to appeal the case. “It’s all very, very disturbing,” the legal counsel said.

Moses has stated that she believed her voting rights had been restored when she got a letter stating that that was the case. “I did not falsify anything,” she said in court.

But Criminal Court Judge Mark Ward appeared to be frustrated by this defence, saying that she had intentionally misled probation officials to get her voting rights back.

“You tricked the probation department into giving you documents saying you were off probation,” Judge Ward said in the courtroom.

According to WHBQ, the judge has said that he will consider putting Moses on probation after she has served nine months of her sentence depending on if she maintains good behavior and participates in prison programmes.

The associate director-counsel of the NAACP Legal Defense Fund, Janai Nelson, told MSNBC that the case is expected to spur on existing tensions concerning voter suppression across the country.

“It points to everything that is wrong in our democracy,” Ms Nelson said. “It’s a confluence of racial discrimination and voter suppression.”

See also  Covid: Boris Johnson is gambling with all our lives by ending self-isolation restrictions

“She, like some of my clients, plead guilty because they don’t have the money to fight these battles,” he said.

In 2015, Moses pleaded guilty to 10 counts, including evidence of tampering and perjury. She reportedly stalked and harassed a Shelby County judge between February and March 2014 by pretending to be a lawyer and notary public, trying to file a complaint against the judge, the Memphis Commercial Appeal reported.

Moses was handed an eight-year suspended sentence, with the judge ordering her to serve time on probation. Evidence tampering is a crime that leads to permanent loss of voting rights in Tennessee, but Moses said she wasn’t told she would be ineligible to vote if she pleaded guilty.

After launching a Black Lives Matter chapter in Memphis and a 2019 campaign for mayor, she realized she was still on probation when she was unable to appear on the ballot. It was then, in September 2019, that officials restored her right to vote and then said it had been a mistake.

“Very little of this has made any sense whatsoever,” Linda Phillips, the Shelby County Election Administrator, told WREG last year. “The fact is she was convicted of a felony which has permanently terminated her right to vote.”

Moses has said that no one notified her that her right to vote had been revoked again the day after it had been restored. Dr Anyanwu said she refused a plea deal because she believed she had done nothing wrong.

Judge Ward said in court in December that Moses had “voted six times as a convicted felon” following his 2015 conviction. Local outlets reported that character witnesses supporting Moses said “it would be a shame to waste her good traits of her which can be so beneficial to her family and her community of her by being in a jail”.

Dr Anyanwu said his client was stunned by the six-year sentence but hopes it can be overturned.

“She believes the sentencing was beyond the evidence that was presented,” he said, adding that he hopes the case can be back in court by June.

UK’s Dunblane grieves for Uvalde, fears nothing will change