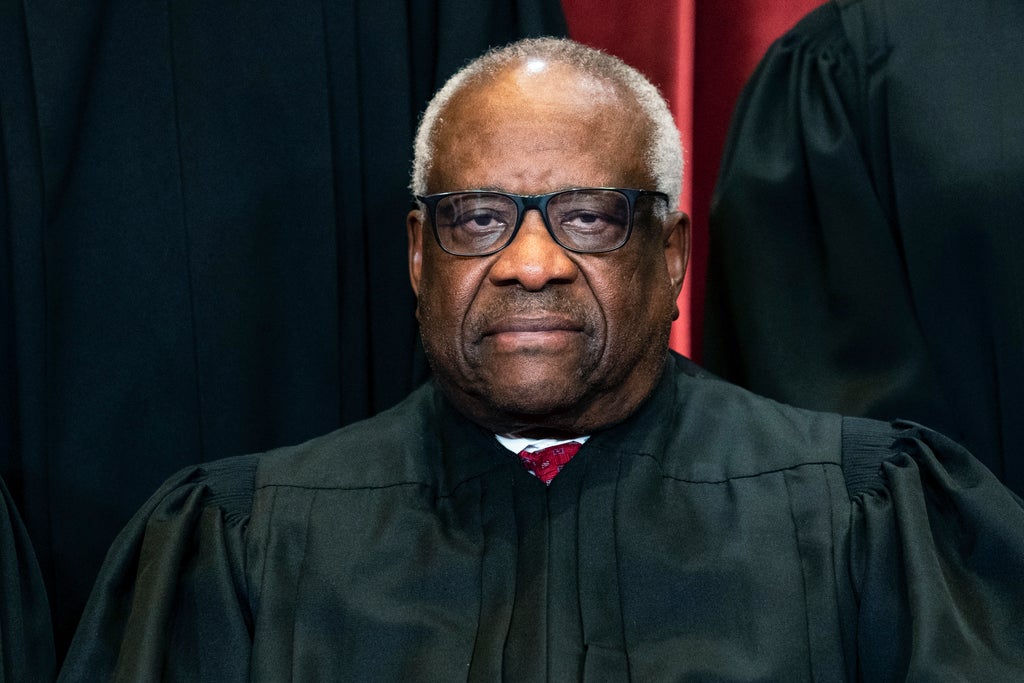 Georgia’s Republican-controlled Senate voted Monday to erect a monument to conservative US Supreme Court Justice and Georgia native Clarence Thomas after heated debate and objections from several Black senators, one of whom called Thomas a “hypocrite and a traitor.”

The monument would be financed by private donations and would be erected somewhere at the state Capitol if the measure were to receive final passage. It was approved by a vote of 32 to 21 and now goes to the state House for consideration.

Statues honoring people at the state Capitol are generally put up after their deaths. Some opponents of the monument for Thomas said lawmakers should at least wait until he retires.

That’s because you don’t know “what else is going to come up in the lifetime of an individual,” said State Sen. Nan Orrock, an Atlanta Democrat. “You put a statue up to him, you don’t want to be pulling it down later if things go badly, if the person goes astray.”

Former President Jimmy Carter who is 97, has a statue at the state Capitol — a rare honor for someone still alive. His stature made him worthy of a monument and the same goes for Thomas, said State Sen. Ben Watson, a Republican from Savannah who co-sponsored the bill for Thomas.

“I didn’t agree with everything that President Carter did. He is a great Georgian and a president we should be proud of,” Watson said. “I would hope that you would feel the same way about Justice Thomas. He is a wonderful person.”

Thomas was born in Pin Point, Georgia and grew up in Savannah. He was nominated to the US Supreme Court by President George HW Bush in 1991 and became the court’s second Black justice.

For the past 30 years, he has been among the most conservative Supreme Court justices and now wields considerable influence with the addition of three appointees of former President Donald Trump who have moved the court further to the right.

Thomas has called on justices to overturn the landmark Roe v. Wade decided that extended abortion rights across the country.

“It’s not that we have a problem that he is a conservative or a Republican,” Merritt, who is Black, said. “We think he’s a hypocrite and a traitor.”

She added, “It seems like white America keeps wanting to promote Justice Thomas, but we see more evidence where time and time again he subverts the struggles of Black Americans.”

Watson later blasted Merritt’s comments as a “waste of time” and “namecalling.” Under his bill, a committee of state lawmakers appointed by the House speaker, governor and lieutenant governor — all currently Republicans — would have final say over the design and placement of the monument to Thomas.

Republican state Sen. Brian Strickland said a monument would recognize Thomas’ life story and his rise from poverty to the Supreme Court.

“The story of Justice Thomas is a Georgia story,” he said. “The story of who he is, not one Supreme Court decision he wrote on in 30 years up there, not allegations tossed at him in hearings over 30 years ago.”

State Sen. Emanuel Jones, who is also Black, said he loved hearing about how Thomas grew up. Many Black lawmakers faced similar struggles, he said, “but we haven’t forgotten where we came from.”

Jones, a Democrat, cited opinions by Thomas that he said would hurt African Americans.