Skip to content
Home News Black holes as old as the universe itself: the primordial ones | Cosmic Void 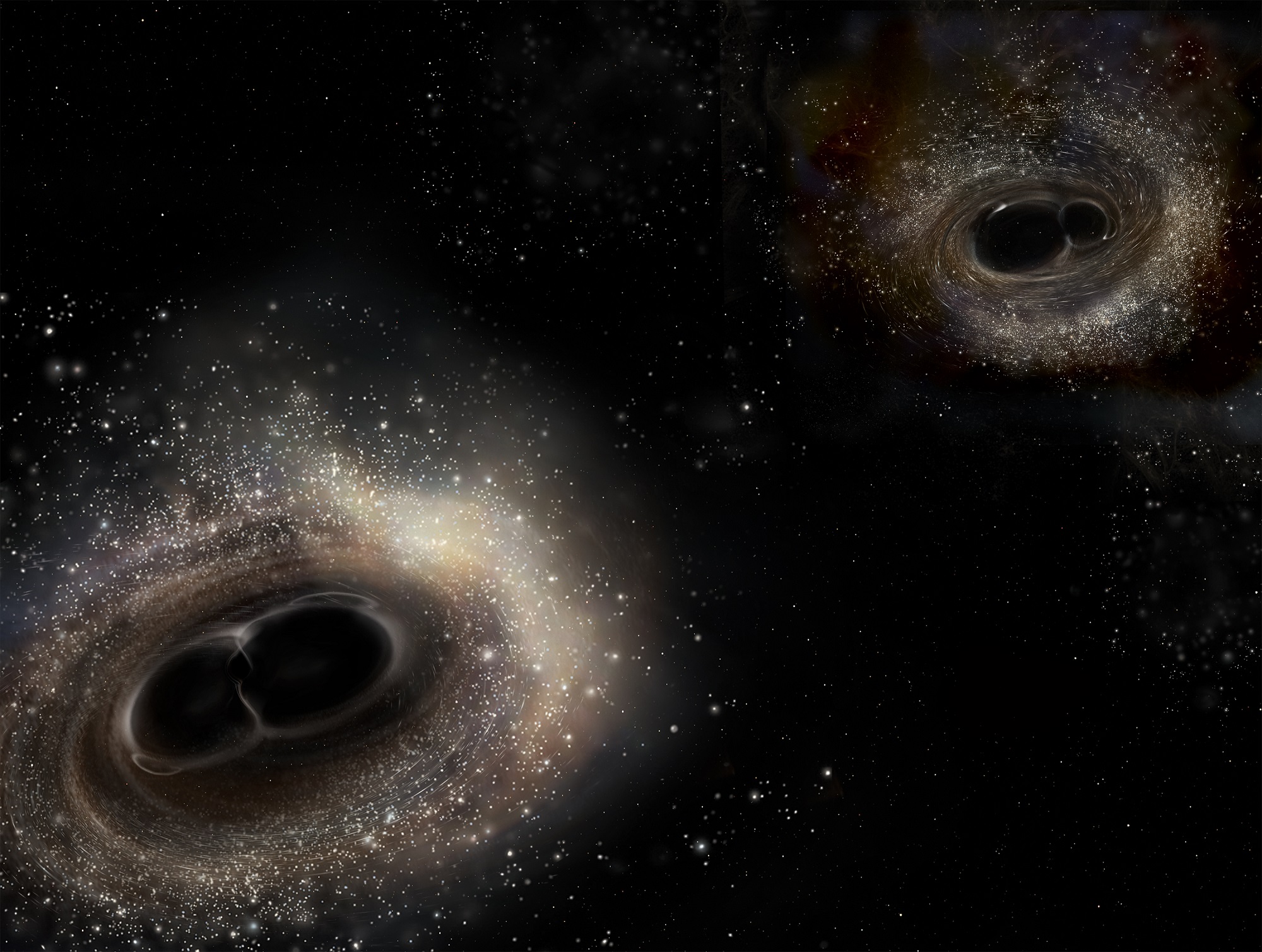 A long, long time ago, when the Earth hadn’t even formed, two black holes collided with each other. That collision left a footprint that billions of years later we could measure. The phenomenon could have gone completely unnoticed if it had occurred only a dozen years earlier, an insignificant time on the time scale we are talking about. But it happened that the deformation of space-time that generated that catastrophic event passed through the Earth when LIGO (Laser Interferometer Gravitational-Wave Observatory) was already prepared to take account of it. We are talking about the year 2016 and it was the first detection of gravitational waves.

If all of this isn’t surprising in itself, let’s see a little more. As is often the case in science, this new discovery shook up what we already knew a bit. The black holes turned out to have peculiar masses, between 30 and 35 times the mass of the Sun. Since these gravitational monsters are larger than expected, it was suggested that they represented a special and novel class. And a fascinating possibility opened up: that they had formed when the universe was less than a second. Yes, I said a second. As in a second the universe had not had time to form stars, we are talking about primordial black holes and although there is no evidence that they exist, they have been in the gap for more than 50 years, among other things because they would be the only ones that can be form with masses so small as to be able to evaporate in the age of the universe.

Primordial black holes open up a number of fascinating avenues in physics. Shortly after the Big Bang, in the early universe, pressure and temperature conditions were so extreme that in principle any piece of the universe at any given time could implode with itself to form black holes of any size. The increase in energy density plays a fundamental role here and implies that they can be formed over an extended period and produced in a huge mass range. Those that are formed in the Planck time (the chronon, the smallest time that can be measured) would have the Planck mass (about 10 times the mass of the Archegozetes longisetosus, a tropical mite), while those that form a second after the Big Bang could have almost the mass of the monstrous black holes that inhabit the center of most galaxies (hundreds of thousands of times the mass of the Sun) .

LIGO’s first discovery implied that if black holes were formed by the collapse of stars as we just described, they must have started with at least 100 times the mass of the Sun. Those are very large stars and in the local universe. There are very few. But long ago, when there were still not many ingredients to cool the matter and it was collapsing in the first stars, it is possible and in fact it is expected that much larger structures would form than now. In fact, 2 years before its detection, the mass population of black holes observed by LIGO was predicted. In one sentence: the stars that exploded as a supernova long, long ago were very, very big. And this, ladies and gentlemen, is the commonly accepted theory to explain LIGO’s observations.

See also  Will the pandemic end in 2022? Shock report suggests worst of Covid is nearly over - World News

But we go to another possibility that is the one we have in our hands today, the existence of another formation mechanism for these structures, the primordial black holes. One of the reasons that these types of primitive, or primary, black holes have been in the gap so long is that only they can be small enough to evaporate by Hawking radiation (yes, the one predicted by the famous physicist Stephen Hawking) . Another reason is that as we have said before, they can be formed in any size.

This is a strange concept, that of the evaporation of a black hole, when what defines them is that nothing can escape its gravitational jaws. Well, that depends, black holes are only almost totally black if they are large. The smallest ones lose energy from this phenomenon that unifies general relativity, thermodynamics and quantum mechanics and that implies that right now, if it was formed with the Big Bang of a primordial black hole with less than one billion tons (which is the size of an asteroid) no longer exists. There is nothing left, it has literally evaporated.

Another reason that primordial black holes are so fascinating is that there are many theories for generating them: inflation, colliding universes, etc. The point is that if they were formed in the early universe they had to be formed in abundance, we would be living in a universe crammed with them and it would be very difficult to reconcile what we see today with their existence. In fact, these tiny black holes, which could be the size of a tennis ball, have been proposed to explain the hypothetical planet 9. But we leave all these exotic possibilities for another installment.

Eva Villaver She is a researcher at the Astrobiology Center, dependent on the Higher Council for Scientific Research and the National Institute for Aerospace Technology (CAB / CSIC-INTA).

Cosmic Void It is a section in which our knowledge about the universe is presented in a qualitative and quantitative way. It is intended to explain the importance of understanding the cosmos not only from a scientific point of view but also from a philosophical, social and economic point of view. The name “cosmic vacuum” refers to the fact that the universe is and is, for the most part, empty, with less than 1 atom per cubic meter, despite the fact that in our environment, paradoxically, there are quintillion atoms per meter cubic, which invites us to reflect on our existence and the presence of life in the universe. The section is made up of Pablo G. Pérez González, researcher at the Center for Astrobiology; Patricia Sánchez Blázquez, Professor at the Complutense University of Madrid (UCM); and Eva Villaver, researcher at the Center for Astrobiology.