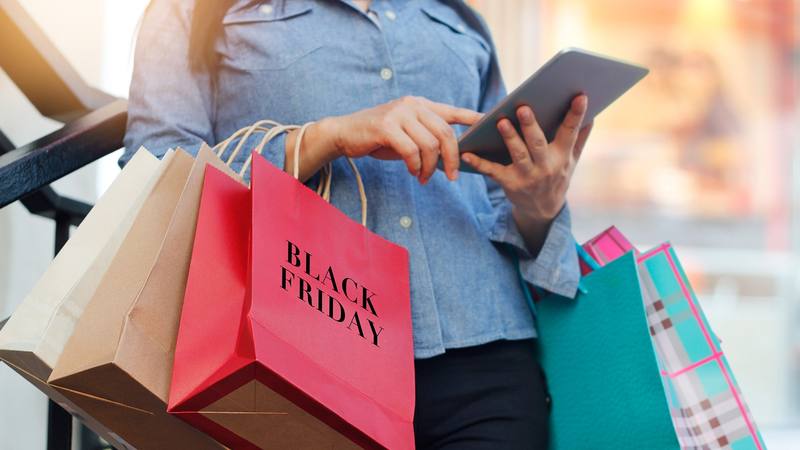 The origin of Black Friday It is not without controversy, from slavery to stock manipulation or traffic chaos, some theories have already been dismissed as unfounded myths, although others continue to circulate on the networks. What is clear is its geographical scope, it originated, without a doubt, in USA.

Let’s start at the beginning, Mississippi was one of the most prosperous states in the middle of the 19th century. Cotton plantations flourished and even had labor to spare, this meant extra expense for landowners, which would have led to sell your slaves at deep discounts. The chosen day, the Friday after Thanksgiving. A certainly suggestive story, but false, it is a myth.

This Black Friday took ahead many investors that They were ruined by the handling of the Stockbrokers. The price of gold plummeted in a few minutes, although brokers they managed to weather the scandal without suffering great financial damage. Three years after this Black Friday, in 1872, Fisk was assassinated.

We continue with the evolution of the financial markets and we come to Black Thursday, the stock market crash of October 24, 1929 that took away the lives, jobs and savings of thousands of people. The biggest crash in Wall Street history that triggered the Great Depression.

With this sad outlook, the owner of the macy’s department store from New York, Fred Lazarus, was looking for a way to reactivate sales and boost the pre-Christmas sales. I needed to advance the date of Thanksgiving to have a longer period, one month, and encourage consumption in the face of the holidays.

On 1939, President Franklin D. Roosevelt heard their prayers and signed a decree to bring Thanksgiving forward one week. Since then, Thanksgiving It would be the fourth Thursday in November, rather than the last Thursday to extend the pre-Christmas shopping season.

Thanksgiving turkey, pre-Christmas shopping, and a big game of football. Three American traditions that concentrated in just three days in Philadelphia and collapsed the city.

The November 28, 1952 there was no room for a pin on the streets of Philadelphia, traffic was chaotic, with crowds in shops and city buses barely circulating due to the accumulation of vehicles. It was Friday and the next day the traditional american football game between the cadets of the Annapolis Naval Academy and those of West Point.

The Navy team won the game 7-0 against the Navy, but that’s the least of it. Philadelphia public services had to do the rest and keep working tirelessly. The policemen had to double their shift to avoid riots. Agents and bus drivers began to refer to the day as Black Friday.

On the front page

The term Black Friday jumped to the press years later, in 1961, two reporters from the newspaper The Philadelphia Bulletin, Joseph P. Barrett y Nathan Kleger, used the concept of police in a front-page piece of information to refer to the “terrible traffic situation” in the city. Merchants complained that talking about Black Friday would discourage customers from approaching their businesses, to no avail, it was too late.

As a curiosity, the expression Black Friday It was also used in November 1961 in an academic article of the edition of Factory Management and Maintenance, entitled “Friday After Thankgiving.” In this case, it was referring to work absenteeism that was skyrocketing in companies the Friday after Thanksgiving, possibly due to the excesses ethyl to digest the roast turkey.

We go back to Philadelphia, 1962. Merchants still don’t like Black Friday and they try to change the name to Big Friday, a name that appears even in official police press releases, without success.

If you can’t beat your enemy, join him, they must have thought and tried resignify the Black Friday as something positive. Here comes the best known version of its origin. Black Friday kicked off the Christmas campaign and was the day sales went from red (loss) to black (profit) on their balance sheets. This redefinition linked the Black Friday to the festival of consumption.

The term spread throughout the United States and in 1996 appeared in print in the magazine The American Philatelist, but definitive accolade he received in 1975, when The New York Times He spoke again of Black Friday to describe the shopping, after a Thanksgiving day passed by water, which marred the traditional parade through the streets of the Big Apple.

At the beginning of the 21st century, the tendency to lengthen the consumption day begins. Thus in 2003, the department stores Walmart and Sears offered great discounts before five or six in the morning. In 2011, Walmart doesn’t even wait for it to finish Thanksgiving and opens the doors to its customers from ten at night.

On Spain the tradition of Black Friday is introduced in November 2012 from the hand of the German chain Media Mark. Before this date, it could not have been implemented because the sale periods were limited by law, whereas now offers can be made all year round.

In 2013, El Corte Inglés and Amazon blessed this shopping day and the Black Friday popularity hatches in Spain. In 2015, the American tradition also reaches traditional shops, which offer great discounts in the last fortnight of November.

As a sign of its implementation, around 70% of Spanish Internet users use electronic commerce at this time, a percentage that has remained without major fluctuations since 2017. Some cybercriminals take advantage of the increase in transactions to steal bank data.

Despite this stabilization, the average spending grows in Spain by 20% year-on-year, up to 180 euros per user, according to the report Black Friday 2021 made by Webloyalty. The most popular products are electronics, followed by cosmetics and fashion.

As if that weren’t enough, Black Friday, to take advantage of the pull, comes later Cyber ​​Monday, Monday, November 29, where discounts will be concentrated on electronics (mobile phones, computers, tablets or smart watches) and on internet purchases.