Skip to content
Home News ‘Black Death’ may not have killed half of Europe as previously believed, study finds 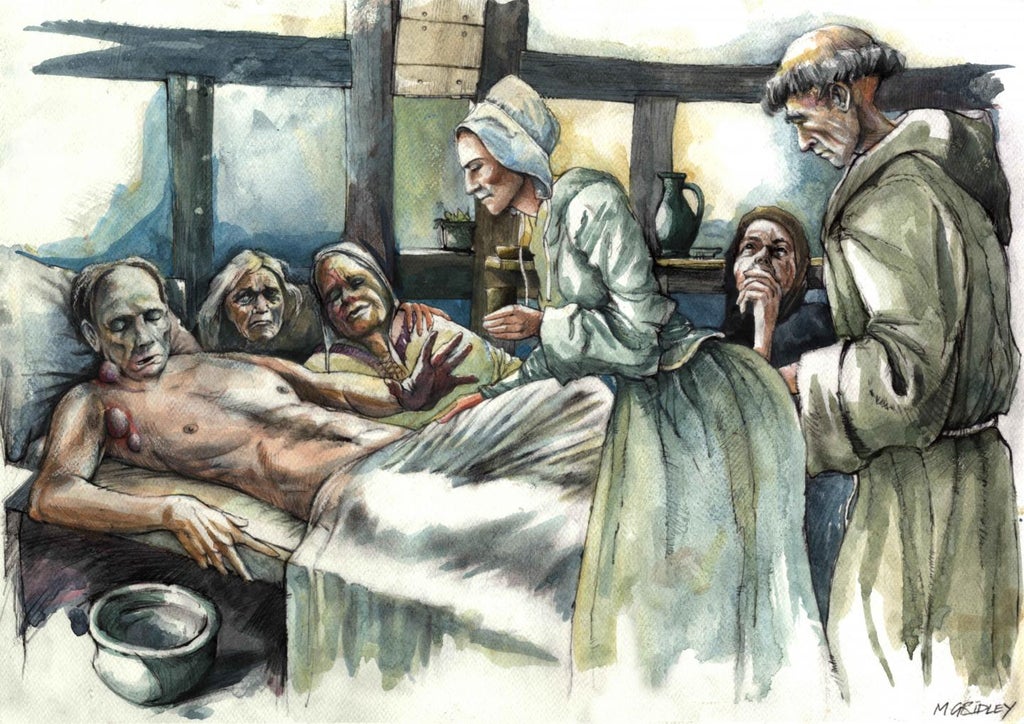 The 14th-century plague pandemic popularly called the “Black Death” may not have had the same devastating effects widespread in all parts of Europe as previously thought, according to a new study.

Historians have long held that the plague wreaked havoc across Europe, West Asia and North Africa from 1347-1352, killing up to half of Europe’s population at the time, transforming religious and political structures, and precipitating major cultural and economic transformations such as the Renaissance .

However, a new study, published on Thursday in the journal Nature Ecologyyou have suggested that the Black Death’s mortality in Europe may not have been so universal.

Scientists led by those from Max Planck Institute for the Science of Human History assessed pollen samples from 261 sites in 19 modern-day European countries to determine how landscapes and agricultural activity changed between 1250 and 1450 CE – roughly 100 years before to 100 years after the plague pandemic.

They analyzed over 1,600 pollen samples from these sites to find the quantities in which different plants may have grown, from which they could determine whether agricultural activities in each region continued or halted, or if wild plants regrew while human pressure was reduced.

Since plant pollen is made of durable polymer, differ in shape between plants, and can be counted and identified in each sediment, they allow researchers to reconstruct local landscapes and changes over time and shed light on human land use and the history of agriculture across regions. .

Some parts of the continent, scientists said, suffered the devastation much more severely, while others experienced a “much lighter touch.”

However, many regions, including much of Central and Eastern Europe, and parts of Western Europe including Ireland and Iberia, showed signs of continuity or uninterrupted growth.

In parts of Poland, the Baltic countries, and central Spain, the study found that labour-intensive cultivation increased in this period, as colonization and agricultural expansion continued uninterrupted.

One likely reason for these surprising results, the scientists said, was that many sources that were used to construct “Black Death” case studies in the past, including texts and documents written by state or church officials, came from urban areas, which were characterized by crowding and poor sanitation despite their ability to collect and keep records.

“While some countries, like Italy or England, can be studied in detail, only vague clues exist for others, like Poland,” they explained.

Scientists have long known that the causative agent of the bubonic plague, a bacterium called yersinia pestis, was spread by rat fleas, and have even traced the evolution of the pathogen across millennia.

While most people contracted the disease through flea bites, researchers said multiple means of transmission could have played a role once the pathogen jumped species to humans.

Human behaviour, as well as living conditions, lifestyle, and the local environment therefore affected the plague’s capacity to spread, the scientists said.

However, the demographic impacts of the deadly disease have been less understood, they noted.

“Despite advances in ancient DNA research that conclusively identified the pandemic’s causative agent (bacterium Yersinia pestis), our knowledge of the Black Death remains limited, based primarily on qualitative remarks in medieval written sources available for some areas of Western Europe,” the researchers wrote.

In this study, they used a pioneering new approach called “big data palaeoecology” (BDP), which evaluated the scale of the plague pandemic’s mortality on a regional scale across Europe, starting from the study of plant pollen.

“The significant variability in mortality that our BDP approach identifies remains to be explained, but local cultural, demographic, economic, environmental and societal contexts would have influenced Y. pestis prevalence, morbidity and mortality,” Alessia Masi, study co-author from the Max Planck Institute, said in a statement.

Researchers believe the study underscores the need for better approaches in historical research to reconstruct data from local sources, including BDP, as a method for measuring the change in cultural landscapes.

“There is no single model of ‘the pandemic’ or a ‘plague outbreak’ that can be applied to any place at any time regardless of the context,” Adam Izdebski, another co-author of the study, said.

“Pandemics are complex phenomena that have regional, local histories. We have seen this with Covid-19, now we have shown it for the Black Death,” Dr Izdebski added.