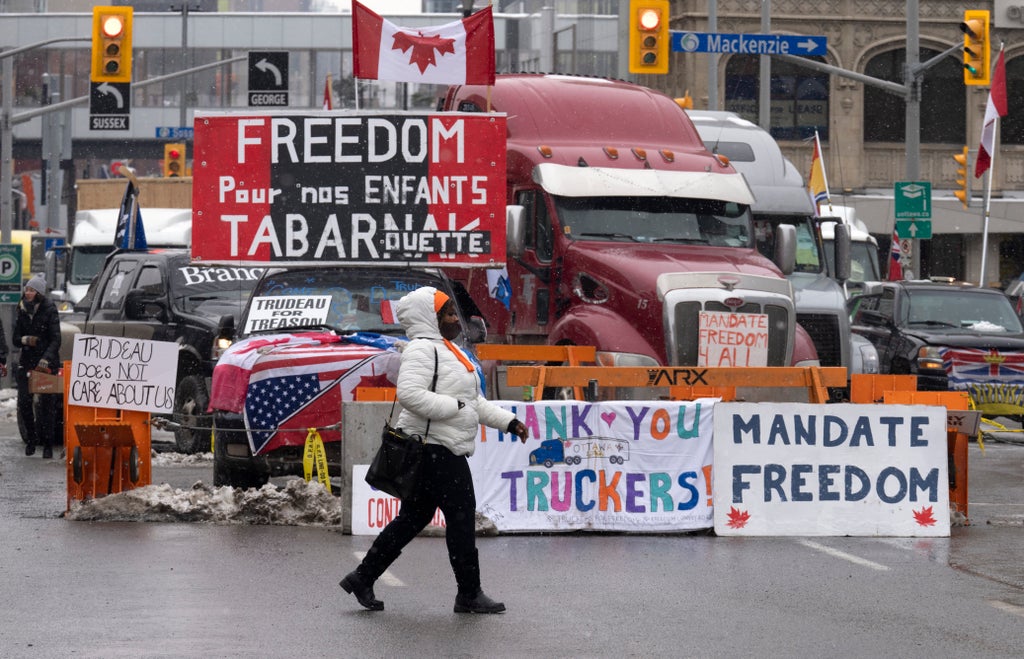 Following the decision by GoFundMe to remove the donation campaign for the Canada “Freedom Convoy” trucker protest from its site, a group of Canadian libertarian bitcoin evangelists have thrown the group a lifeline.

fortune reports the group, under the moniker “HonkHonkHodl”, which is described on Twitter as an initiative to “orange pill Canadian truckers.” The term is a play on the red pill and blue pill concept from the 1999 movie The Matrix— alt-right communities have adopted the term “red pilling” as being a claim to know the “real” truth about society.

The “orange pill” refers to people who buy bitcoin, which represents financial freedom and monetary sovereignty according to the group.

HonkHonkHodl consists of four people, according to The Toronto Star: Greg Booth, Jeff Foss, and two men who go by online pseudonyms “Nobody Cariboo”, and “BTC Sessions”.

They created a crypto crowdfunding campaign on the platform Tallycoin as an alternative way to raise money for the protestors.

“Legacy financial infrastructure can sometimes be politicized and clamped down upon, whereas bitcoin is a truly censorship-resistant method of communicating value,” the group says on the Tallycoin fundraising page.

One donation of approximately $43,000 came from Jesse Powell, co-founder and CEO of Kraken, one of the largest crypto exchanges in the world.

GoFundMe decided that the trucker convoy was in violation of its terms of service, following a “review of relevant facts and multiple discussions with local law enforcement and city officials.”

In a statement the company said it “prohibits the promotion of violence and harassment” and returned almost $8m to donors.

The decision has been criticized in the US by Elon Musk, Trumpian Republicans including Florida Governor Ron DeSantis and Texas Senator Ted Cruz and by the attorneys-general of the states of West Virginia, Florida, Louisiana, Ohio and Texas, all of whom have threatened investigations.

Meanwhile, a Christian fundraising site, GiveSendGo, has already volunteered itself as an alternative and reportedly raised more than C$4.4m (£2.6m) in two days.

“To our fellow Canadians, the time for political overreach is over,” a post on the GiveSendGo campaign site read.

“We are taking our fight to the doorsteps of our federal government and demanding that they cease all mandates against its people.”

The Ottawa trucker protests are now in their 13th day and a separate group has brought the Ambassador Bridge between Ontario and Michigan to a standstill.

The border crossing into the US handles approximately a quarter of trade between the two countries.