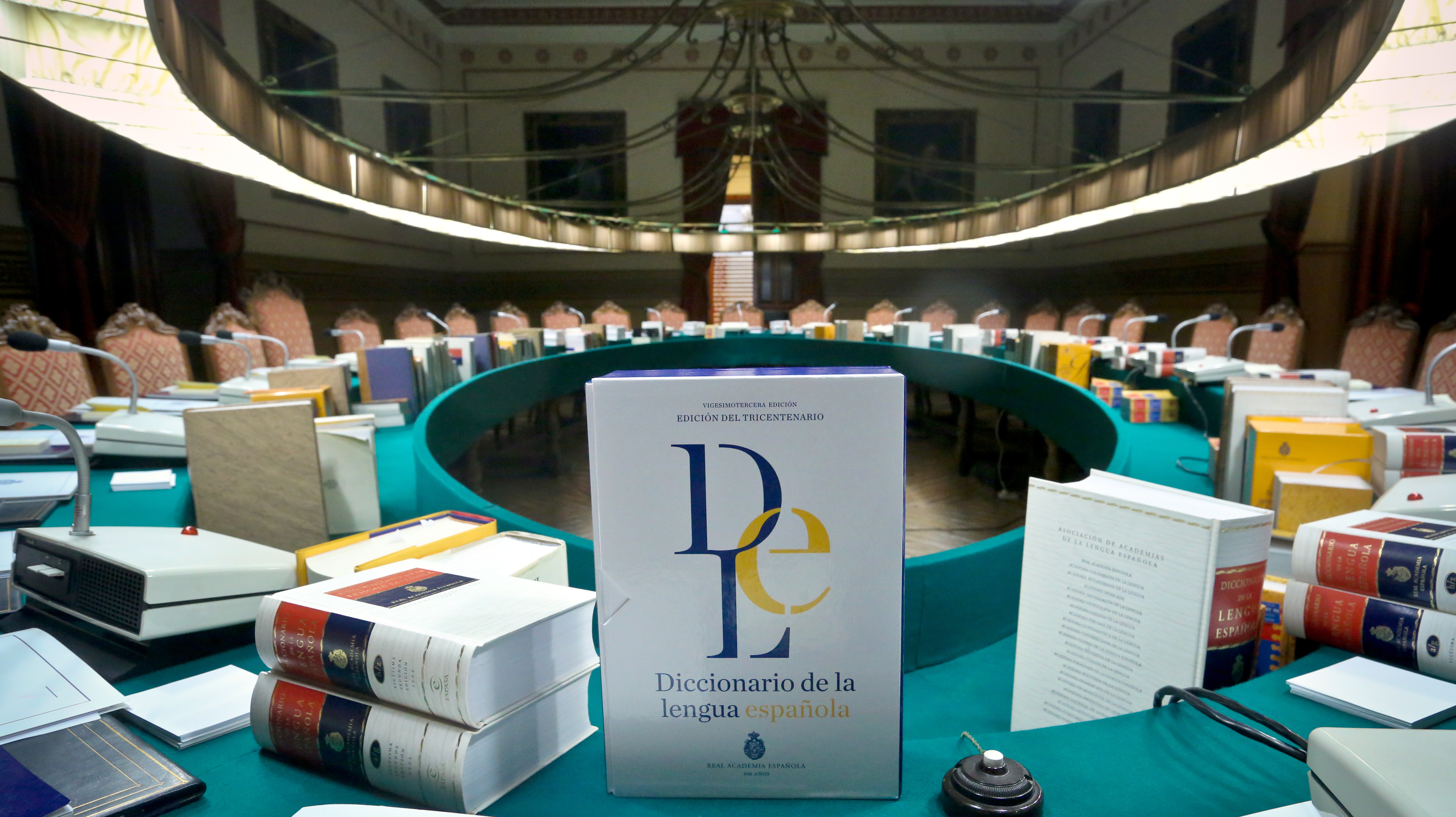 As has been the case for five years, at the end of December the Royal Spanish Academy (RAE) presents the news of the Spanish dictionary. This year there are 3,836 modifications of what is now the electronic version 23.5 of the dictionary, agreed between the 23 corporations around the world that make up the Association of Academies of the Spanish Language (Asale). Among the additions, bitcoin, cachopo (yes, it was not like food), cryptocurrency, gentrification, geolocation, quinoa and transgender stand out. Sure you have already said and written those words, but now that reflection of society is part of the dictionary.

In an act in the RAE with the director of the institution, Santiago Muñoz Machado; the director of the twenty-fourth edition of ACCORDING TO, the academic Paz Battaner, has underlined the amount of news on this occasion, while “in 2019 there were about 1,100 and about 2,500 in 2020.” This growth is mainly due to “the digitization and modernization of society.” Hence, voices such as bitcoin (digital currency), bot (program that imitates human behavior), cyberbullying (harassment through the internet), cryptocurrency (virtual currency managed by a computer network that has an encryption system) and geolocate (determine the location of someone or something using technical means such as GPS). One widely used in confinement for work reasons has been a webinar (a formative presentation that is transmitted via the internet, in which participants can make comments).

Among other additions, one linked to urbanites: gentrification (the process of renovating an urban, popular or deteriorated area, which implies the displacement of its original population by another with greater purchasing power). There are also very popular novelties, such as candy (there was already a candy, but now this childish shortening is valid); or how many times have we heard about being “ojiplático”, which is being wide-eyed in amazement or surprise. It is also certain that you have met someone who is “breaded” because of his pachorra, which is someone who is clueless, distracted, dazed or confused, according to the dictionary. A word that adds a meaning is scratch, to refer to someone deranged or crazy, that is, scratched. Or for those who have hair problems, the anti-hair loss word refers to that which prevents or prevents any loss, especially hair loss.

Among the added curiosities, heard especially in the media, that something “is part of their DNA.” Well, that meaning is added as “essence, nature of someone or something.” In addition, “enjoy”, which has a great capacity for enjoyment. It was not top blanket, despite being widely used years ago, to point out the illegal sale of generally counterfeit products and exposed on the ground on a blanket or similar. On gender issues, the bishop stands out because, as Battaner has emphasized, “there are religious orders that already admit them.”

Asked Muñoz Machado about whether there will be a paper edition of the twenty-fourth edition (the previous one was in October 2014), he has confirmed that this will be the case, but has warned that now the work of the committees and plenary sessions are “on a digital basis” by such a magnitude that “several specialized dictionaries could come out.” So it foresees a reduced version. “In addition, the dissemination of the previous dictionary was mediocre. A dictionary is a book that has gone down in history, publishers notice that it has no appeal, and we all prefer to use the electronic version ”.

On how is the process of incorporating terms, Muñoz Machado has stressed that “the Academy tries not to rush”. “We let words sleep for a while at the door because sometimes they become fashionable and disappear quickly. In plenary sessions and commissions it always happens that someone says to wait ”. The director of the RAE has added that “from any citizen to an academic can propose a word”, a process in which commissions, the plenary of the institution intervene and that is agreed with the other academies before definitively accepting a word.

Gastronomy feeds the new edition of quite a few words, as Battaner has highlighted, although some are very familiar, such as cachopo (a typical dish of Asturias consisting of two beef fillets with a filling between them, generally cheese and Serrano ham, battered and fried). In this case, meaning is added, because a cachopo was already a dry and hollow trunk of a tree. Or lighter is the sanjacobo, which has two slices of cooked ham or two thin fillets between which cheese is placed. There is an Americanism, from Quechua, that has become fashionable in recent times: quinoa. Closer is the paparajote, the Murcian sweet prepared with the lemon tree leaf. And whoever has walked through a fair in Andalusia is very likely to have had a rebujito: a drink with manzanilla wine and soda. Continuing with the matter of racking, there are entries that are updated, such as red, which incorporates “summer”, to refer to the drink made up of wine and soda or lemon soda. And, attention to wine lovers, wine tourism: tourism through wine production areas with visits to wineries and vineyards and wine tasting.

In another pandemic year, the coronavirus has put words back in the dictionary. Among them, the complex forms “social bubble” stand out, which is in a pandemic the group of people who can maintain contact with each other with little risk. And new normal, defined as the situation in which normal life is modified due to a crisis or exceptional reasons, such as a pandemic. Very used words have been updated for new uses, such as triage (classification of patients according to their ailment to establish the order in which they should be cared for) or vaccinology (branch of therapeutics that studies vaccines). To continue with medical terms, in this case typical of Latin American regions, emergencies and emergencies stand out, who are specialists in hospital care in emergencies.

They are also Americanisms kicker, who throws the ball strongly with his foot; sambar (to dance samba). And if we go to Mexico, the popular “worth mother”, for something that matters little.

And finally, after each paragraph of this text or another on any computer an “intro” is given, which is already a valid shortening of the word enter: it is the key that executes the indicated action or adding a line.