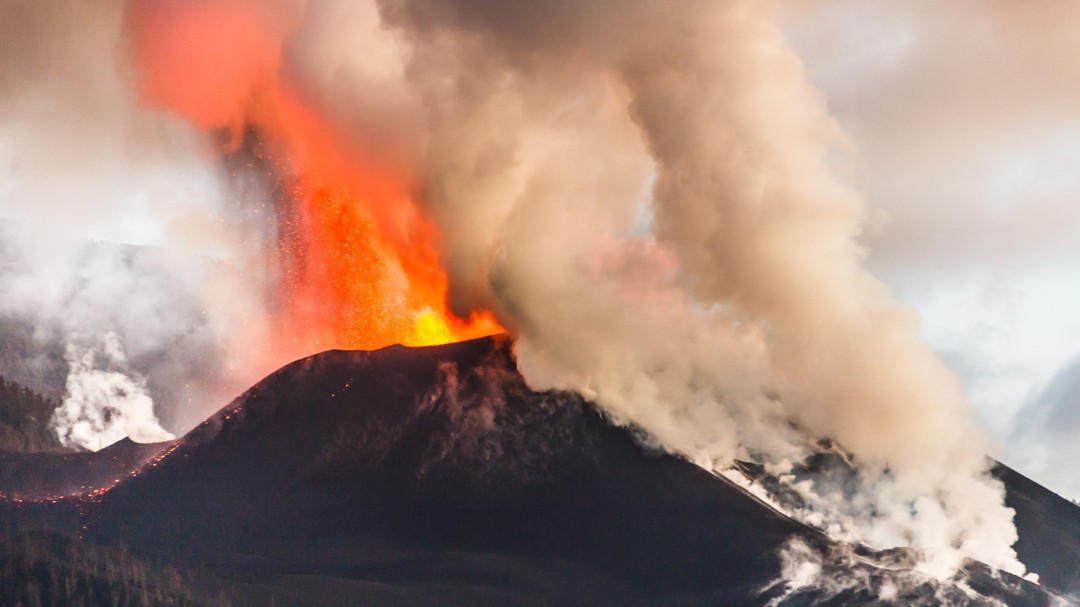 La Palma Airport is inoperative this Saturday morning due to accumulation of ash from the volcano, AENA has reported, while the rest of the Canary Islands airports remain open without news. The airline Binter has reported this Saturday that in response to the evolution of the ash cloud from the volcanic eruption on the island of La Palma, it has been forced to temporarily stop the company’s operations, including the 1:00 p.m. flight. hours, for this November 20 with said island.

This decision, according to Binter in a statement, has been adopted for “reasons of force majeure, since in the last hours the situation of suspended ash has worsened considerably.” For this reason, he adds, the stoppage of operations will continue until conditions improve and allow flying, guaranteeing safety.

We temporarily cancel, until the 1:00 p.m. flight included, the operation of today Saturday, November 20 with #LaPalma because of the ash. We continue to assess the situation to resume flights safely. If you are going to travel, check the status of your flight.

Likewise, the airline has indicated that requests for changes or refunds that may be received by affected passengers on these flights continue to be addressed through the usual channels.

In any case, they indicate that they are following the evolution of the situation “at all times” in contact with the aeronautical authorities, waiting to have confirmation that all the security conditions are met to resume normal operations. Faced with this “exceptional and unprecedented” situation, Binter has pointed out that it will inform about any news or changes that may occur through its usual channels. It also recommends that before flying, the updated status of the flight is checked in the airline’s official media.

See also  Intentionally or not, Novak Djokovic has given anti-vaxxers what they want

The lava from the volcano has resumed its advance over agricultural areas and homes, although it is moving slowly, at about 20 meters per hour, and it is likely that in the last hours it has slowed even more. This new lava flow has intensified from 8:00 p.m. on Thursday, when there was an overflow of the lava lake with very fluid material that advances on three fronts, but especially between flows four and seven, in the northern sector of the affected area, according to the scientific and technical spokespersons of the Canary Islands Volcanic Emergency Plan (Pevolca), Carmen López and Rubén Fernández.

The other two areas where there is a contribution of lava are the sides of stream 4 and in the lava delta. The latest measurements indicate that the lava occupies 1,048 hectares, seven more than the day before, and the lava delta has advanced 43 hectares over the sea. The other parameters of the volcano have given a respite on this day, two months after the eruption: the intermediate seismicity has decreased, the deep seismicity remains, the tremor continues at low levels and the trend of decreasing deflation continues. , although there has been a local deformation in one of the four-centimeter stations.

The most important earthquake in recent hours has been registered at a depth of 36 kilometers at 01:08, with a magnitude of 5.1, the highest since the beginning of the volcanic crisis, and a maximum intensity of four. Sulfur dioxide emissions also remain at levels similar to those of Thursday, with between 17,000 and 26,000 tons per day.

The buildings damaged by the volcano are 2,731, according to the count of the European satellite system Copernicus, of which 2,616 have been destroyed and 115 partially affected. The lava has destroyed 314 hectares of crops, of which 187 of banana trees, 59 of vineyards and 24 of avocados.