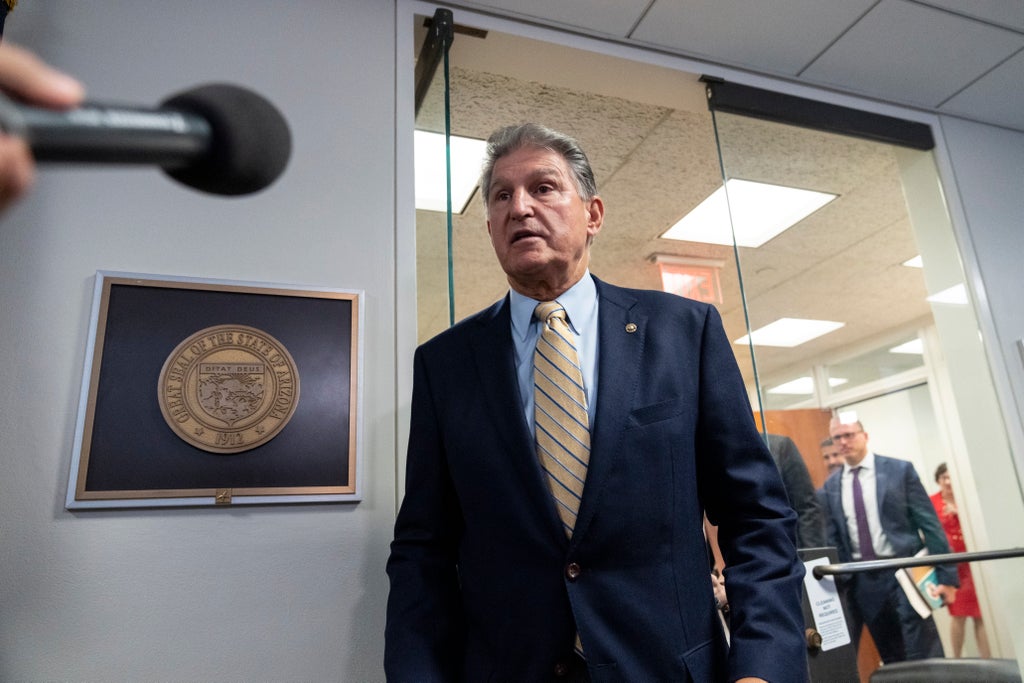 Sen Joe Manchin is confident that legislation to protect the Electoral College certification process from interference by the losing party will pass after he joined with Republicans to doom an effort to change the Senate’s rules in order to pass a voting rights bill.

Joined by Republican Sen Lisa Murkowski of Alaska, Mr Manchin appeared on CNN’s State of the Union on Sunday to tout the legislation as a bipartisan compromise that would serve the purpose of making it harder to overturn the results of an election that actually had a chance of passage in the evenly-divided Senate.

“It will solve the problem that caused the problem,” said Mr Manchin of the legislation.

The bill would raise the threshold needed for lawmakers in the House and Senate to raise objections to individual states’ Electoral College vote submissions, as well as clarifying the role of the vice president in the process which lawmakers in recent days have pointed to as unclear thanks to murky wording in the language of the original Electoral Count Act of 1887.

It would not go nearly as far as pieces of legislation written by Democrats — including one named after the late Rep John Lewis — to reform elections around the country. The bills previously pushed by the party would have put stricter restrictions on gerrymandering and dark money and set national standards for early voting. It also would have reversed other GOP-led legislation at the state level seen as anti-voter, such as legislation making it illegal to offer water or food to those in line to vote.

Ms Murkowski, a supporter of the Electoral Count Reform Act, called the solution a “Goldilocks” package that struck a compromise between Republicans who contend that elections should be handled by the state and Democrats who warn that former President Donald Trump or others will continue to try to overturn their election defeats in the future.

Mr Manchin contended on Sunday that the bill would definitely pass the Senate, an uphill battle for any legislation given the chamber’s 60-vote threshold and Democrats’ razor-thin majority.

“Oh I absolutely think it will,” he told CNN’s Jake Tapper.

Voting rights advocates including such high profile Democrats as former Secretary of State and 2016 nominee, Hillary Clinton, were furious at Mr Manchin and fellow Democratic Sen Kyrsten Sinema after the pair joined with Republicans last month to defeat an effort to weaken the filibuster and potentially allow the passage of more legislation, including voting rights bills, through the chamber. Ms Clinton shared a quote from Dr Martin Luther King Jr. harshly criticizing white moderates as enemies of progress after the vote took place.

The two now face scathing public criticism from many of their Democratic colleagues in the House and Senate and Ms Sinema in particular faces the very direct threat of a primary challenge in 2024 from Rep Ruben Gallego, an Arizona Democratic member of the House who has confirmed that he is considering challenging the first-term senator for his seat.

On Sunday Mr Manchin and Ms Murkowski contended that they had a group of roughly a dozen senators working on the legislation so far.

Ms Murkowski has her own record of being a swing vote in the upper chamber and was one of three Republicans who famously crossed party lines to prevent Obamacare from being repealed in 2017.