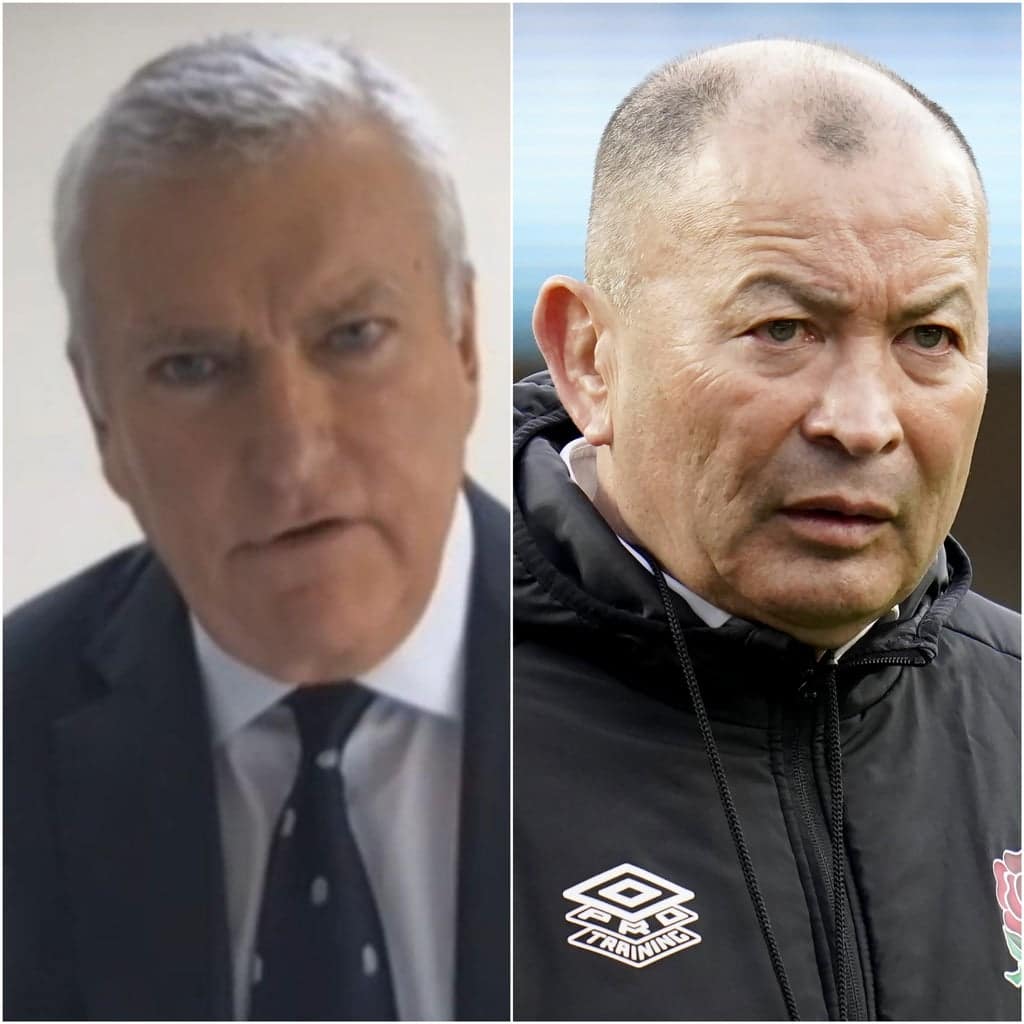 Rugby Football Union chief executive Bill Sweeney denies Eddie Jones is immune from the sack but remains convinced he is still the best man to oversee England’s challenge for the World Cup next year.

Sweeney insists Jones is not “bullet-proof” despite emerging from another failed Six Nations campaign with the support of the RFU.

For a second consecutive year England lost three of their five matches, finishing 15 points adrift of winners France, and they engineered only three tries outside of their route of Italy.

The RFU’s initial reaction was to state “we are encouraged by the solid progress the team has made”, provoking an outcry before Twickenham belatedly accepted on Thursday that the performance had failed well below expectations.

Jones has urged supporters to keep believing in his ability to deliver at France 2023 and while he has the support of Sweeney, he has been told it is not without its limits.

“No-one is bullet-proof. No-one is indispensable. I’m not essential. Anyone can go at any particular time, but that happens when there’s a loss of confidence,” Sweeney said.

“People stay in their role because there is a belief that you are still heading in the right direction, even when sometimes the results might not back that up.

“We review and evaluate things as we go along. It’s not a case of saying ‘let’s wait six months and then review it and see how we’re going’.

“We will have those conversations and as long as we’re moving in the right direction, we’re happy.”

Jones is the highest paid coach in international rugby and was recruited in the aftermath of a dismal 2015 World Cup to deliver silverware for England.

To date he has masterminded a Grand Slam and two further Six Nations titles, but only one of those has come in a disappointing last five years that included an appearance in the 2019 World Cup final when they were crushed by South Africa.

“We haven’t performed well in the last two Six Nations. A conversation with Eddie saying ‘that’s not acceptable’ – of course that happens,” Sweeney said.

“Eddie has said it himself, that he hasn’t done a good job. He said that in one interview.

“If you go back we won three Championships with him since he’s been here. You only remember the most recent performances and the ones that hurt at the moment are the last two years.

“But do we think that he is the coach who is capable of winning us the Six Nations next year? Absolutely correct. And we believe that is the case definitely.”

A concern is that the end of the current Six Nations was the last opportunity to part ways with Jones given the World Cup is just 18 months away, but Sweeney does not have a time frame in mind if a change does have to be made.

“We don’t have a date in the diary which is the critical cut-off date. There is a constant process of review,” he said.

“What we do have – and we started it off two years ago – is a pretty good coaching succession plan in place, looking at all the various different options. That will come into force.”