The Bilbao City Council has decided replace the traditional kalejira of the Olentzero and the Three Kings Parade with acts of musical theater, like last year, to “guarantee the safety of Bilbao families” in the face of the pandemic situation.

The Consistory has communicated it this afternoon, after the technical commission of the Basque Civil Protection Plan has “advised” the Basque town councils that “avoid” the celebration of the cavalcades de los Reyes Magos, the Olentzero parade and any other act of similar characteristics “in the customary style” before the pandemic.

The capital of Biscay has resolved that, like last year, it will replace the traditional mass events in the street with acts of musical theater, with a show with Olentzero on the 24th at the Arriaga Theater and other with the Three Wise Men on January 5 at the Bilbao Arena pavilion. Tickets for both shows will go on sale on December 21 and December 30, respectively.

The mayor, Juan Mari Aburto, has indicated that Bilbao “will be filled with magic” with the visit of Olentzero and the Kings, although it will be done “without lowering our guard” against the persistent pandemic, because “protecting oneself from the individual is protecting the community “.

After pointing out that “with enthusiasm and hope the virus is also being fought”, Aburto stressed that “it is important to continue acting responsibly on these dates so marked, it is essential to continue to respect the rules, comply with the measures because now more than ever it is necessary prevention and individual and community protection “. 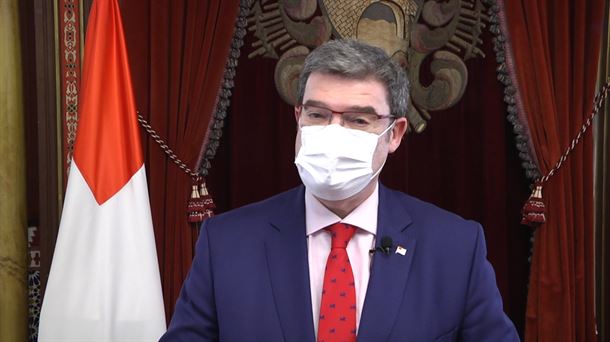 Vitoria-Gasteiz adapts its tradition to the pandemic

The measure adopted in Bilbao contrasts with that taken by the Vitoria-Gasteiz City Council, which has decided keep the Olentzero parade next December 24 and the cavalcade of the Magi On January 5, although it will lengthen the tours so that there is less crowding of people.

Due to the worsening of the pandemic, in the capital of Alava the Christmas cultural programming will be adapted to guarantee the safety of citizens given the poor evolution of the covid.

Among the adaptations, in addition to expanding the routes, no candy will be thrown and the mandatory use of the mask will be remembered at all times. In addition, in the events that take place inside, the covid passport will be requested along with the DNI to all those over 12 years old.

If that receptions in closed venues have been suspended and greetings from the balcony of the town hall of Olentzero and Mari Domingi, as well as the Three Wise Men to avoid crowds.

On the other hand, the Iradier Arena will maintain the programming of the children’s shows, although it will limit the capacity to 25% of the venue.

For its part, the San Sebastián City Council has decided to keep the parade of Olentzero and Mari Domingi on December 24, although with a “strict security protocol.”

The council has announced that Olentzero and Mari Domingi will arrive on the streets of Donostia at Christmas, although they will be established “specific measures aimed at ensuring that the parade runs in accordance with the criteria established for outdoor activities, “which will be reported in detail next week.

Before the parade, Olentzero and Mari Domingi will collect the letters from the boys and girls who have not yet sent them, for which a space will be set up on the terrace of the Town Hall, in Alderdi Eder. Later, the popular charcoal burner and his partner “will have a presence in all the city’s neighborhoods.”

The City Council has not ruled on the Three Kings parade, which in principle it intends to celebrate, although it will depend on the evolution of the pandemic.