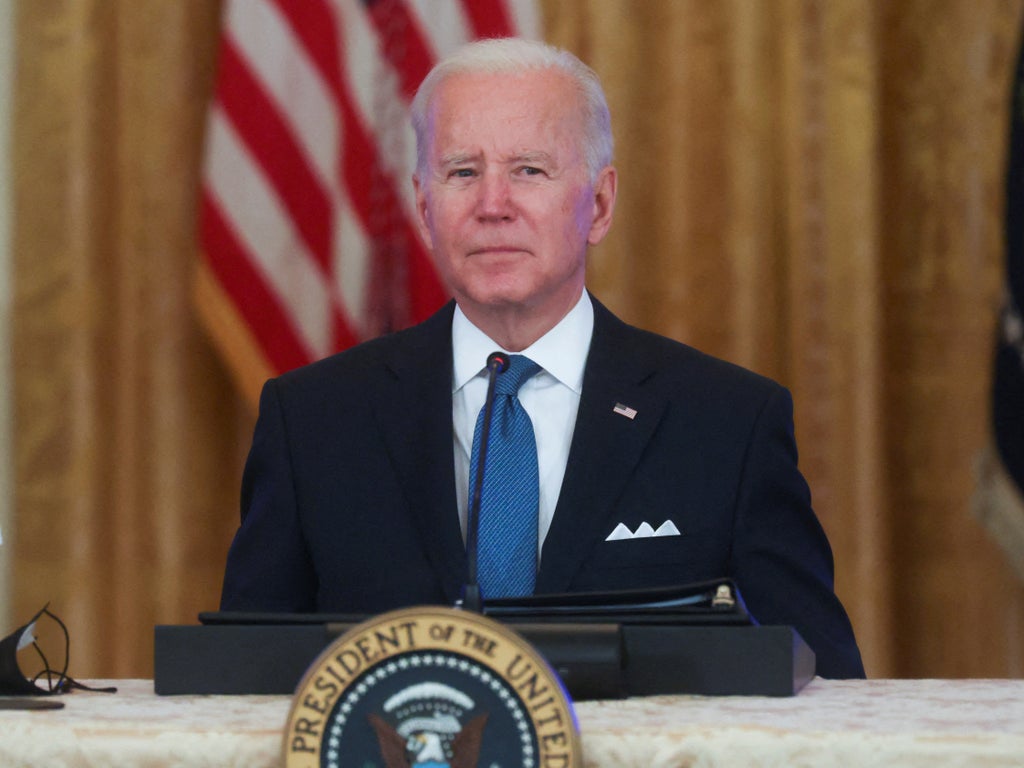 When Joe Biden called Fox News correspondent Doocy a “stupid son of ab***h” under his breath at the end of a press conference, clearly not expecting to be heard, the network predictably flew into a rage. As hot mic moments go it’s undeniably a classic, even by Biden’s own standardsbut as a measure of the breakdown of civility in American life, it’s pretty weak stuff.

It pays to separate Biden’s undeniably crass choice of words from what he actually did: voice his own frustrations to himself over a shouted question about inflation that nobody in the room could really have taken seriously.

Doocy has proven a good sport about all this, responding magnanimously to Biden’s phone call by telling him it was “nothing personal, pal” and recalling to his own network that the president “cleared the air, and I appreciated it. We had a nice call.”

This sort of generosity is extremely off-brand for Fox News, a network whose on-air faces are hardly given to accepting apologies of any kind. The urge to show contrition, in Trump-era right-wing logic, is a weakness to be resisted, just like excessive empathy, pragmatism or introspection.

but what isn’t a weakness, apparently, is the remarkable fragility that immediately starts to show whenever someone treats Fox News the way it treats its opponents.

As Ted Cruz found not long ago when he dared to call the 6 January Capitol attack an act of “terrorism”, anyone who strokes this shark’s skin the wrong way will immediately have their flesh stripped to the bone. On the surface, the network’s atavistic fury at those who do wrong looks like righteous anger – but look a little harder and it really resembles nothing so much as the petulance of a bullying child, a playground tyrant who cannot keep their temper when the rest of the world behaves in ways they can’t control.

See also  Brussels maintains that gas and nuclear are 'green'

The problem, of course, is that violent nine-year-olds don’t have millions of viewers, and generally aren’t hellbent on convincing their friends that white people are being “replaced”that rigorously tested Covid-19 vaccines are less safe than horse dewormeror that the government staged a violent attack on itself in order to round up “half the country”.

What they do share with the likes of Carlson and his coterie is an extremely loose relationship with accountability. There isn’t much daylight between “I didn’t kick him, he ran into my foot” and “I didn’t tell people to take hydroxychloroquine, they just misinterpreted my enthusiastic promotion of it as an endorsement”.

Likewise, for all its umbrage at the words Biden carelessly muttered about Doocy, Fox News will never, ever accept any responsibility for what it and the wider right have wrought – the degradation of civil discourse, the radicalization of millions of “conservative” Americans, the increasingly successful assault on truth itself.

The monster that Fox News has become is not just some out-of-control genetic experiment gone awry. It’s the product of years, even decades, of deliberate work. Certainly, some of its more grounded hosts may have washed their hands of it in recent years, but the other leading names now have the benefit of a terrifyingly loyal base, one whose members are angrier and more zealous than ever.

What’s missing, though, is the integrity that would lend the right some true emotional resilience. Fuming away in the inner sanctum is an extraordinarily vulnerable id, one that cannot but lash out at anyone who holds up a mirror to its angry, childish face of her. That it’s been this easily triggered by a president it portrays as a weak, senile fool says it all.