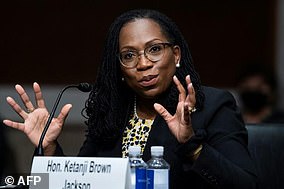 Ketanji Brown Jackson, the federal appeals court judge who President Joe Biden is poised to nominate to become the first Black woman on the US Supreme Court, brings a diverse set of experiences to the bench, including a stint representing low-income criminal defendants.

Jackson, 51, who Biden last year appointed to an influential Washington-based appellate court, served early in her career as a Supreme Court clerk for Justice Stephen Breyer, whose retirement announced in January opens up a vacancy on the nation’s top judicial body.

As a member of the federal judiciary, Jackson has earned respect from liberals and conservatives alike and is well-connected in the close-knit Washington legal community. Progressives favored her nomination over the other leading candidates: South Carolina-based US District Court judge J. Michelle Childs and California Supreme Court Justice Leondra Kruger.

The Senate voted 53-44 in June last year to confirm Jackson as a member of the US Court of the Appeals for the District of Columbia Circuit.

In her short time on the appeals court, she has authored two majority opinions, including one in favor of public sector unions challenging a regulation issued during Republican former President Donald Trump’s administration that restricted their bargaining power.

She was part of a three-judge panel that ruled in December against Trump’s bid to prevent White House records from being handed over to the House of Representatives committee investigating the Jan. 6, 2021, attack on the Capitol by a mob of his supporters. The Supreme Court on Jan. 20 declined to block that decision.

Jackson also was part of a three-judge panel that refused last August to block the Biden administration’s COVID-19 pandemic-related residential eviction moratorium, a decision that was later overturned by the Supreme Court.

‘PRESIDENTS ARE NOT KINGS’

Jackson previously won Senate confirmation in 2013 after Democratic former President Barack Obama nominated her as a Washington-based federal district judge. In her eight years in that role, she handled a number of high-profile cases including one in which she ruled that Trump’s one-time chief White House lawyer, Donald McGahn, had to comply with a congressional subpoena for testimony about potential Trump obstruction of a special counsel investigation.

‘The primary takeaway from the past 250 years of recorded American history is that Presidents are not kings,’ Jackson wrote.

The ruling was appealed and, after Biden took office, a settlement was reached. McGahn testified behind closed doors. 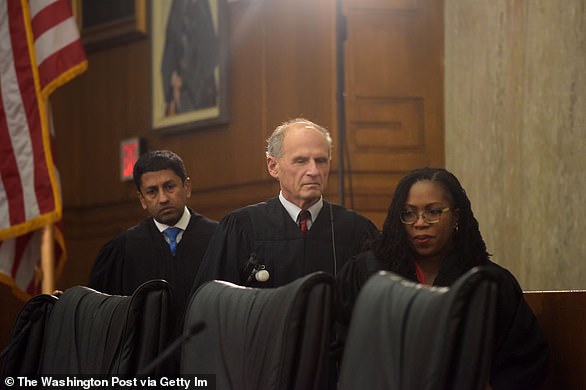 In other decisions, Jackson in 2019 blocked Trump’s plan to expedite removal of certain immigrants and in 2018 ruled against his administration’s proposal to make it easier to fire federal employees – decisions later reversed by the appellate court on which she now serves.

Biden had pledged during the 2020 presidential election campaign to appoint a Black woman to the Supreme Court. It has had only two Black justices, both men: Clarence Thomas, appointed in 1991 and still serving, and Thurgood Marshall, who retired in 1991 and died in 1993.

During her April 2021 confirmation hearing for her current job, Jackson said her background, both personal and professional, would ‘bring value’ to the bench, though she rejected suggestions by Republican senators that race could affect her rulings.

‘I’ve experienced life in perhaps a different way than some of my colleagues because of who I am,’ Jackson said.

Biden has sought to bring more women and minorities and a broader range of backgrounds to a federal judiciary dominated by jurists who had been corporate lawyers or prosecutors.

Jackson was raised in Miami and attended Harvard University, where she once shared a scene in a drama class with future Hollywood star Matt Damon, before graduating from Harvard Law School in 1996.

Jackson in 2017 described herself as a ‘professional vagabond’ earlier in her legal career, moving from job to job as she sought a work-life balance while raising a family. She and her husband Patrick Jackson, a surgeon, have two daughters.

She worked from 2005 to 2007 as a court-appointed lawyer paid by the government to represent criminal defendants who could not afford counsel. Among her clients of hers was Khi Ali Gul, an Afghan detainee at the US naval base at Guantanamo Bay, Cuba. The United States sent him back to Afghanistan in 2014 when she was no longer involved in the case.

Jackson worked from 2002 to 2004 for Kenneth Feinberg, the lawyer known for overseeing compensation programs including one for victims of the Sept. 11, 2001, attacks on the United States.

She also had two separate stints at the US Sentencing Commission, which issues guidance to judges on criminal sentencing, including a four year stint starting in 2010 as the Senate-confirmed vice chair.

Jackson in 2020 paid tribute to Breyer during a virtual conference in which they both participated, saying he ‘opened doors of opportunities’ not just through his judicial decisions but also by hiring a diverse group of law clerks.

‘As a descendant of slaves,’ Jackson added, ‘let me just say that, Justice (Breyer), your thoughtfulness in that regard has made a world of difference.’

Republican former House of Representatives Speaker Paul Ryan, whose brother-in-law is her husband’s twin brother, is among Jackson’s fans.

‘Now our politics may differ,’ Ryan said at her 2013 Senate confirmation hearing, ‘but my praise for Ketanji’s intellect, for her character, for her integrity, it is unequivocal.’ 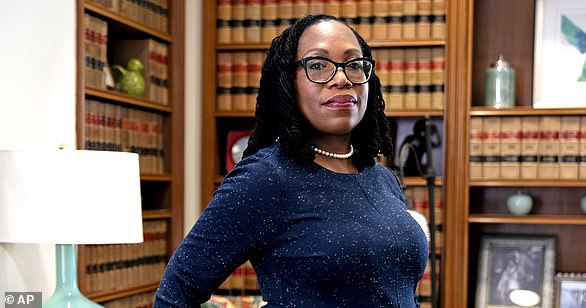 Jackson was born in Washington, DC, to two public school teachers, who moved her family to the Miami area when she was a child.

Her parents, she said, named her ‘Ketanji Onyika’ to express pride in their African ancestry. Her father de ella would later become an attorney with the Miami-Dade County School Board and her mother de ella a principal at a public magnet school.

She and her husband, Patrick Jackson, a surgeon at MedStar Georgetown University Hospital in Washington, have two daughters.

She is related by marriage to former House Speaker Paul Ryan. Jackson’s husband is the twin brother of Ryan’s brother-in-law.

At her 2012 confirmation hearing, Ryan testified in her support.

‘Our politics may differ, but my praise for Ketanji’s intellect, for her character, for her integrity, it is unequivocal,’ he said. ‘She is an amazing person, and I favorably recommend your consideration.’