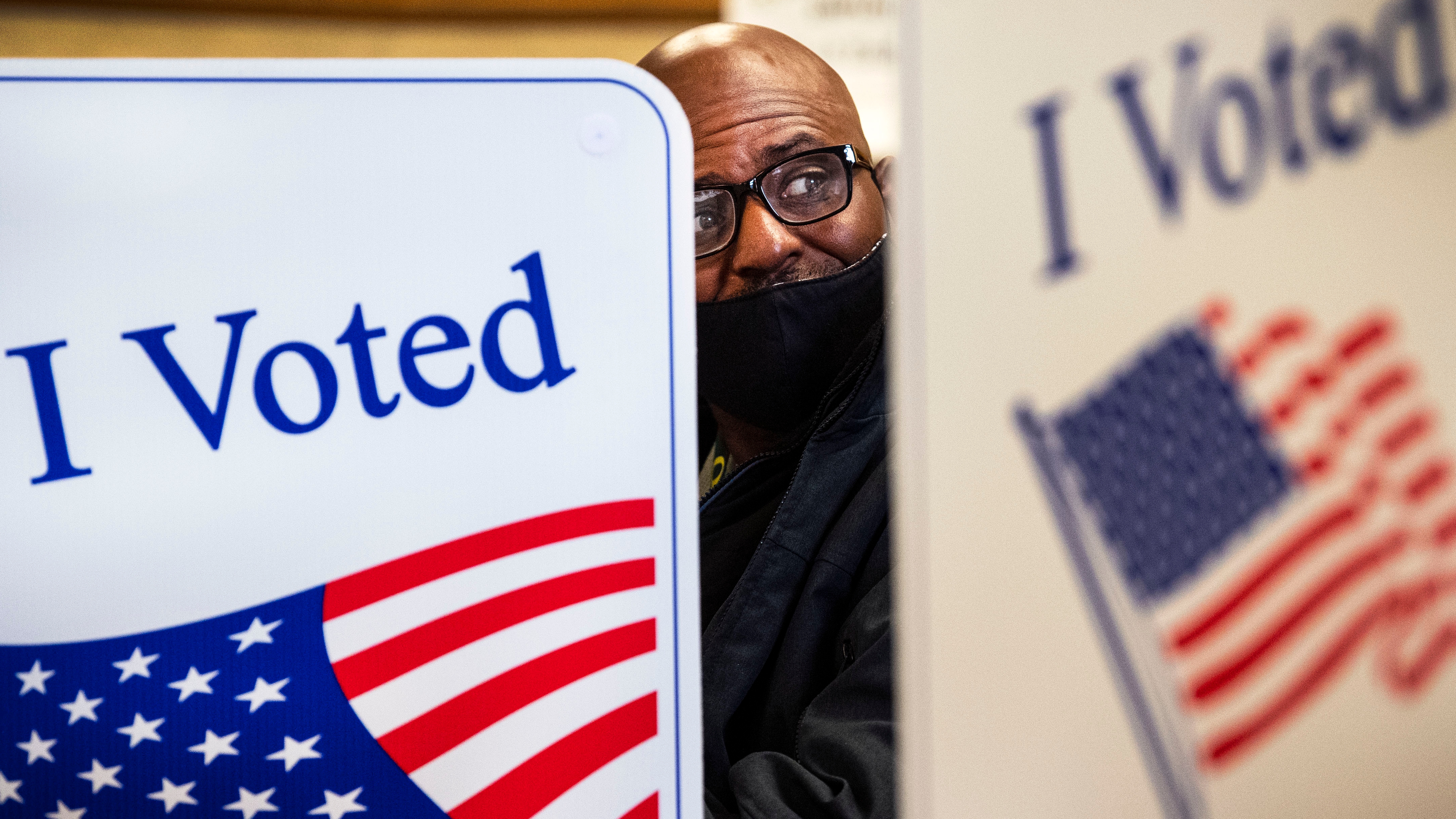 Georgia is famous for its peaches, because Ray Charles couldn’t get it out of his head and for the long lines that form on election days in the poorest and most diverse areas, which are also the ones that contributed to Joe Biden’s victory in November. 2020. A state law, passed in March by its Congress, makes it illegal to distribute food or water to those who wait for several hours. The rule, promoted by Republican Gov. Brian Kemp, who defends to his critics that it “actually strengthens the integrity of the elections,” includes dozens of other changes, such as shorter deadlines for early voting, tightening of the requirements for register or fewer hours to deposit the ballot. Those changes, denounce freedom of voting activists, are designed to deprive minorities of their civil rights. Minorities who tend to vote Democratic.

Georgia has become the symbol of a trend: according to the non-partisan entity Brennan Center for Justice, reference in the complaint of electoral suppression in the United States, 19 states have enacted 34 new legislation between January 1 and December 7 that restrict voting.

To curb an illiberal wave that the magazine The Atlantic Considers on its last cover the expression of the “next coup” by Donald Trump and his followers, a strategy designed to alter the presidential elections in 2024, the Democratic legislators in Washington want to approve the Freedom To Vote Act (Freedom of Voting Act), about which President Biden has warned his own that “there is nothing more important domestically” than to move forward.

They have it difficult. The vote is scheduled for early January in a divided Senate: 50 to 50. In reality, the Democrats need 60 votes, unless they manage to defuse filibustering, an anachronism of American politics with effects beyond its colorful history: in practice , requires a three-fifths parliamentary majority for any relevant legislative advance. Chuck Schummer, leader of the Democratic majority in the Senate, was willing last week to cancel this blocking dynamic.

Senator Joe Manchin (West Virginia), the most Republican of the Democrats, Biden’s first-year friendly fire sniper, explained in the same interview with Fox News in which he said that he would not support the president’s ambitious social spending plan (valued at 2.2 trillion dollars and whose vote is also scheduled for early 2022), which does not rule out supporting a filibuster reform. Manchin also supports the voting law, after opposing it for months. And the other wayward Democratic senator, Kyrsten Sinema (Arizona)? He says Yes to the new electoral law, but it is not about to change the voting rules in the Chamber.

See also  Is the UK going to war with Russia over Ukraine?

Biden, for his part, declared this weekend in an interview on ABC News that before a momentous occasion to save his legislature he will do “whatever is necessary”, including “an exception on filibustering.”

If Biden can get away with it for once, all 50 states will be required, among other things, to allow citizens to vote for 10 or more hours a day, also at night and on Saturday and Sunday, for at least two weeks before. of the electoral day, which will become a holiday by law. The rule facilitates voter registration and unifies the requirements for their identification and for voting by mail, a system on which Trump cast the shadow of unfounded suspicion in 2020. It also allows those who have served a prison sentence to vote, increases controls on the origin of “dark money” in campaign financing, and puts an end to gerrymandering, a complex subterfuge that politicians of both signs use and allows the alteration of electoral districts for partisan purposes. It was named after Elbridge Gerry (1744-1814), the fifth vice president of the United States, who, to favor a friend, drew a congressional district in the shape of a salamander (hence the second part of the neologism).

“All of these reforms are extremely necessary in light of the undemocratic attacks in recent years. A strategy that obviously accentuated the assault on the Capitol on January 6, and the Big Lie [del robo electoral] that Trump and his followers have been promoting, ”explains Ricardo Ramírez, advisor to the Brennan Center. Ramírez says that in this framework the approval of the John Lewis Voting Rights Act is also urgent, the debate of which has been torpedoed on several occasions during 2021 by Republicans. To justify the third of those blockades, Mitch McConnell, leader of the Republican minority in the Senate, stated: “As long as the Democrats remain obsessed with their radical agenda, we will continue to do the work that was entrusted to us and we will close the way to their terrible ideas. ”.

Lewis, an activist who died last year, was instrumental in the civil rights movement and pushed for the enactment of the Voting Rights Act of 1965, which, according to Ari Berman in his book (titled as a famous speech by Martin Luther King) Give Us The Ballot. The Modern Struggle for Voting Rights in America (Give us the ballot. The modern struggle for the right to vote in the United States, Picador, 2015), “caused the number of registered black voters in the Southern States to go from 31% to 73%, and the African-American representatives to grow nationwide from 500 to 10,500 ″.

The historic rule underwent a no less historic review by the Supreme Court in 2013. The Lewis law now under study wants to put things back where it is: it considers that jurisdictions with a history of voting discrimination must obtain the approval of the Department of Justice or a federal court in Washington before changing their voting laws . These bodies will ensure that these changes do not lead to racial discrimination.

Richard Hasen, a professor of law and political science at the Californian University of Irvine, an electoral specialist, opines by email that “there are two big problems in American democracy right now” and that “they overlap in part.” “One is the danger of voter suppression, which makes it difficult for people (especially those who are likely to opt for Democrats) to register and exercise their right. The Freedom of Voting Law takes care of much of this, ”he adds. “The other danger is that of electoral subversion and implies that the United States will not be able to hold a fair election in 2024, nor on successive occasions, due to the high risk that Trump supporters will try to alter the results and declare the loser the winner. The Freedom of Voting Law deals with this issue a little, but not enough ”.

Hasen describes in an article pending publication in the magazine Harvard Law Review Forum the forms that subversion can take. The expert fears that “state legislators will establish constitutional authority and alter the decision of the voters, blessed by a super-conservative Supreme Court and with the acquiescence of a congress dominated by Republicans; that electoral officials violate the rules on the counting of votes and that violent private actions take place that end up influencing the recount ”.

Ironically, Trump’s efforts to repeatedly and falsely claim that his vote was stolen has dramatically increased the possibility of an actual theft. Those Republican Election Officials Who Fought [al magnate] in 2020 and saved the United States from a possible constitutional and political crisis, they have been censored, set aside and replaced by others who do believe the Big Lie, ”adds Hasen.

Funded by powerful donors like pillow and bedding maker Mike Lindell, who by his own admission has spent $ 25 million reviewing the results that brought Biden to the White House, Republicans across the country are forcing new Counts of votes cast 13 months ago. In Idaho, for example, they just hand-checked ballots from three counties. And that in that State of the Midwest Trump swept.

Subscribe here to the newsletter of EL PAÍS América and receive all the informative keys of the current situation of the region.