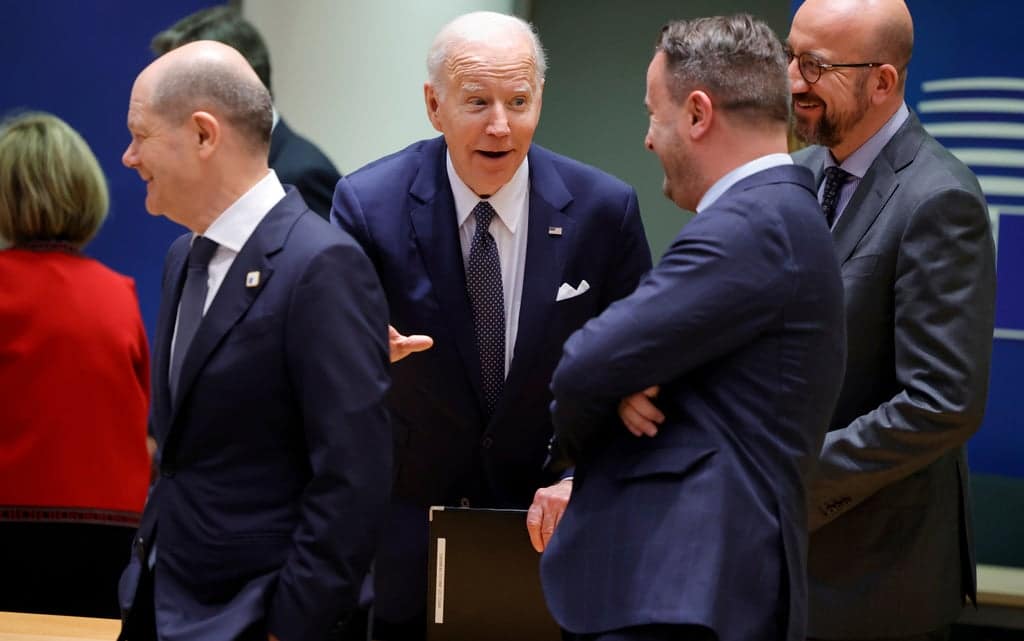 President Joe Biden on Friday is expected to announce increased shipments of liquefied natural gas to Europe, part of a long-term initiative to wean the continent off Russian energy after the invasion of Ukraine.

He plans to discuss the issue with Ursula von der Leyen, head of the European Union’s executive arm, shortly before leaving for Poland, the final leg of his four-day trip.

Earlier this week, Von der Leyen said “we are aiming at having a commitment for additional supplies for the next two winters.” And Jake Sullivan, Biden’s national security adviser, recently told reporters that the administration wants to quickly “surge” gas to Europe.

Russian energy is a key source of income and political leverage for Moscow. Almost 40% of the European Union’s natural gas comes from Russia to heat homes, generate electricity and power industry.

After leaving Brussels, Biden travels to Rzeszów in Poland, where US troops are based roughly an hour’s drive from the Ukrainian border. He’ll get a briefing on the humanitarian response to the refugees streaming out of Ukraine and those still suffering inside the country. And Biden will meet with US service members from the 82nd Airborne Division, who serve alongside Polish troops.

Biden is then expected to continue on to Warsaw, where he will meet with Polish President Andrzej Duda on Saturday.

Before returning to Washington, the White House said, Biden will give an address “on the united efforts of the free world to support the people of Ukraine, hold Russia accountable for its brutal war, and defend a future that is rooted in democratic principles. ”

While in Brussels, Biden participated in a trio of summits hosted by NATO, the Group of Seven industrialized nations and the European Union, all on Thursday. The extraordinary series of meetings reflects heightened concerns about the war in Ukraine, which has entered its second month.

Although Ukraine has resisted the Russian invasion much more successfully than initially expected, the conflict has become a grueling and bloody affair, with thousands of casualties on each side and millions of refugees fleeing the country.

Western leaders are also concerned that Russian President Vladimir Putin could use chemical or even nuclear weapons to regain momentum in the war.

Getting more liquefied natural gas to Europe could be difficult, even though the US has been dramatically increasing its exports in recent years. Many export facilities are already operating at capacity, and most new terminals are still only in the planning stages.

Most US shipments already go to Europe, according to the Center for Liquefied Natural Gas, an industry lobbying group. Although much of the supply is already contracted out to buyers, there’s still opportunities to shift its destination.

“The US is in a unique position because it has flexible LNG that can be rerouted to Europe or to Asia, depending on who’s willing to pay that price,” said Emily McClain, gas markets analyst at Rystad.

Even if the US can ship more gas to Europe, the continent may struggle to receive it. Import terminals are located in coastal areas, where there are fewer pipeline connections for distributing it.

Even if all Europe’s facilities were operating at capacity, the amount of gas would likely be only about two-thirds of what Russia delivers through pipelines.