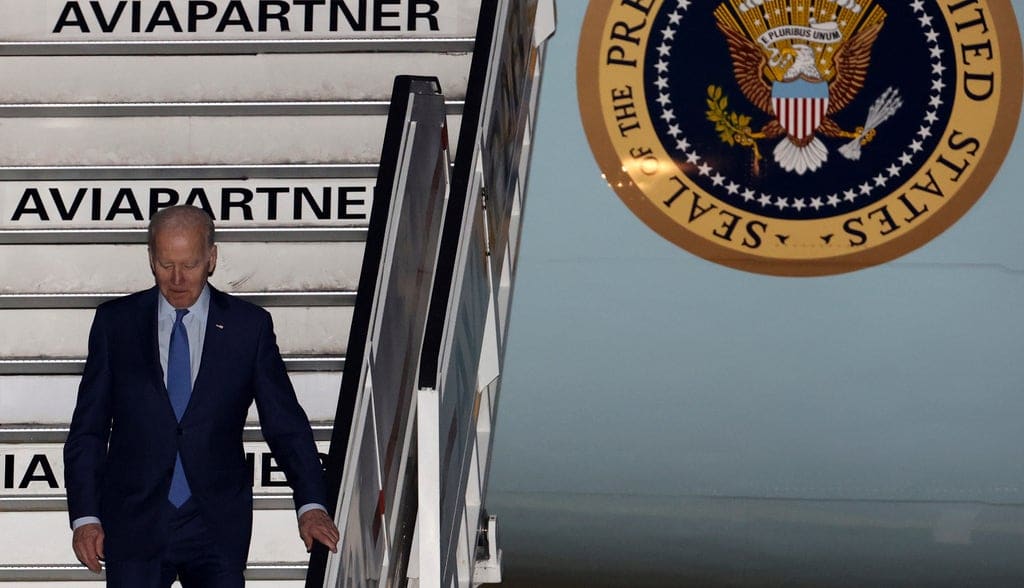 In a statement on her passing, President Joe Biden hailed former Secretary of State Madeleine Albright as “a force” adds that “hers were the hands that turned the tide of history”.

He writes: “When I think of Madeleine, I will always remember her fervent faith that ‘America is the indispensable nation’.”

Read the full statement below.

Madeleine Albright was a force.

Hers were the hands that turned the tide of history.

As a young girl, she found a home in the United States—after her family fled their home country of Czechoslovakia during World War II, and the Iron Curtain came down across Central and Eastern Europe. Her father de ella, a diplomat, was marked for death by the Soviet regime. She spent the rest of her days defending freedom around the world and lifting up those who suffered under repression.

She was an immigrant fleeing persecution. A refugee in need of safe haven. And like so many before her—and after—she was proudly American.

To make this country that she loved even better—she defied convention and broke barriers again and again. As the devoted mother of three beloved daughters, she worked tirelessly raising them while she earned her doctorate degree and started her career. She took her talents first to the Senate as a staffer for Senator Edmund Muskie, followed by the National Security Council under President Carter. And then to the United Nations where she served as US Ambassador, and ultimately, made history as our first woman Secretary of State, appointed by President Clinton.

A scholar, teacher, bestselling author, and later accomplished businesswoman, Secretary Albright continued to advise presidents and members of Congress with matchless skill and diplomatic acumen. In every role, she used her fierce intellect and sharp wit—and often her unmatched collection of pins—to advance America’s national security and promote peace around the world. America had no more committed champion of democracy and human rights than Secretary Albright, who knew personally and wrote powerfully of the perils of autocracy.

Working with Secretary Albright during the 1990s was among the highlights of my career in the United States Senate during my tenure on the Foreign Relations Committee. As the world redefined itself in the wake of the Cold War, we were partners and friends working to welcome newly liberated democracies into NATO and confront the horrors of genocide in the Balkans.

When I think of Madeleine, I will always remember her fervent faith that “America is the indispensable nation.”

In the years after she left government, Secretary Albright never stepped away from that belief. As the Chairman of the National Democratic Institute for over two decades, and through other organizations she advised, she continued to champion democratic principles as vitally important to America’s interests in freedom, prosperity and security.

She continued to mentor and nurture new generations of foreign policy experts at Georgetown University, the Korbel Center for International Studies at the University of Denver, named after her father, and beyond. As always, she shared her insight and wisdom widely, but she was especially dedicated to supporting the next generation of women leaders, including through the establishment of the Albright Institute for Global Affairs at Wellesley College.

Madeleine was always a force for goodness, grace, and decency—and for freedom.

Jill and I will miss her dearly and send our love and prayers to her daughters, Alice, Anne and Katie, her sister Kathy, her brother John, her six grandchildren, and her nephews and grandniece.