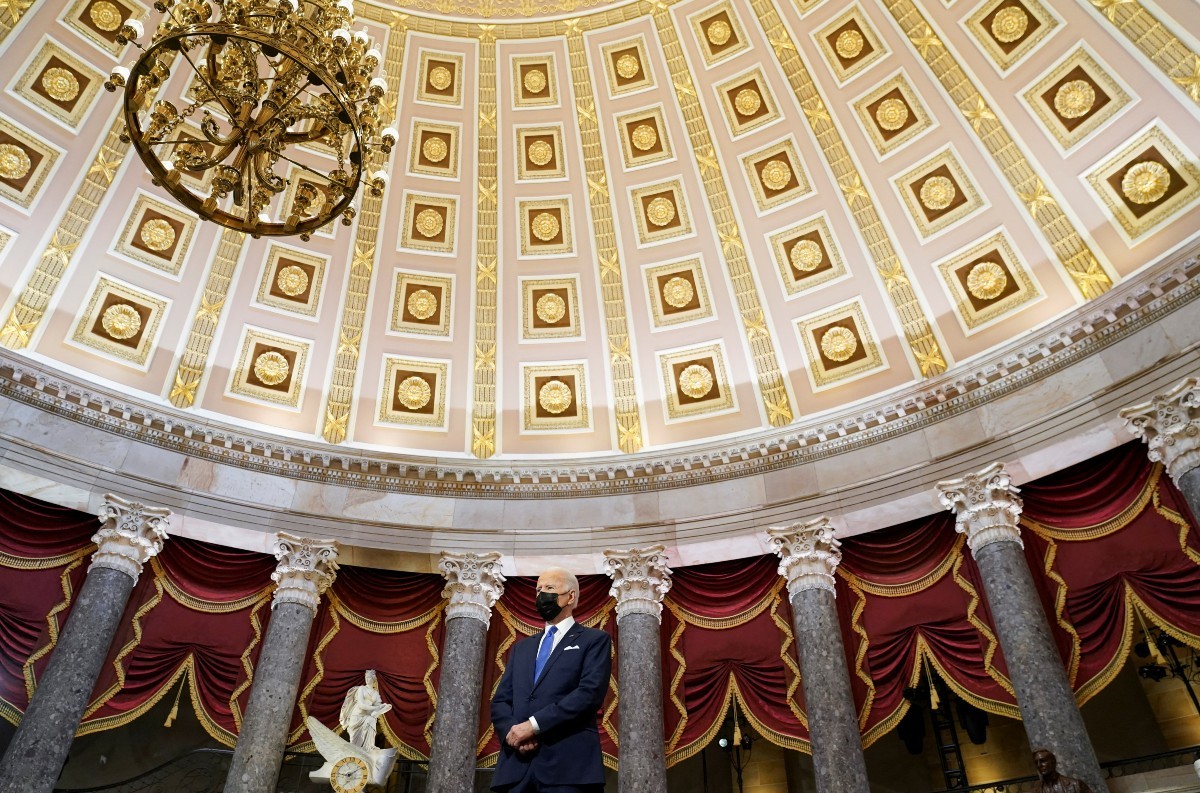 The president of the United States, Joe Biden, has assured this Thursday that the former Republican president Donald Trump “intentó prevent a peaceful transfer of power“, in a speech from the Capitol to commemorate the anniversary of the assault on the headquarters of the two Houses of Congress by Republican supporters, in which five people died, one of them a police officer.

The US Vice President, Kamala Harris, who has given a speech from the Capitol minutes before the president, has claimed that the assault on January 6, 2021 showed the Americans what the country would be like if democracy were dismantled.

The White House spokeswoman, Jen Psaki, already announced this Wednesday that the president would not bite his tongue and that during the speech Trump would blame the “sole responsibility for chaos and carnage“that occurred in the attack.

For his part, Trump had planned to give a press conference this Thursday on the occasion of the anniversary of the attack from his residence in Mar-a-Lago, Florida, as a protest against the investigation that is being carried out into the attack, but it was canceled due to “total bias and dishonesty” of the Congressional Committee.

Trump created “a web of lies”

In his speech, Biden began by saying that on January 6, 2021 “the democracy was simply attacked “ and has applauded the work of the forces of order to save the “rule of law.”

“For the first time in our history, a president had not just lost an election, but tried to prevent the peaceful transfer of power. But they failed. They failed. On this day of remembrance, we must ensure that such an attack never, never happens again, “he stressed.

Biden has accused former President Trump of creating a “web of lies” about the 2020 elections, as well as inciting his followers to storm the Capitol. “His wounded ego is more important to him than our democracy and our Constitution. He cannot accept that he lost,” he said on the first anniversary of the attack.

Harris: “We saw what the country would be like if our democracy were dismantled”

Kamala Harris has assured that during the assault on the Capitol and “the mere fact of how close the elections were to being overturned“, reflect” the fragility of democracy. “

“We cannot let our future be decided by those who insist on silencing our voices, annulling our votes and creating lies and misinformation,” he stressed.

The Speaker of the House of Representatives, Nancy Pelosi, has highlighted in an interview for the agency A the importance of the country turning to history and making sure that A day like last January 6 will never happen again.

“Do not get wrong, our democracy was on the brink of catastrophePelosi stated. “That night, democracy won (…) These people, due to the courageous work of the Capitol Police and the Metropolitan Police, were dissuaded in their action to stop the peaceful transfer of power. They lost, “he added.

The assault on the United States Capitol: the event, a year later

Pelosi has also addressed those who stormed the Capitol and the millions of Americans who supported Trump and who would do so again: “They may have thought that was the right thing to do, but the president of the united states lied to them“, he indicated, referring to the former Republican president.

In the interview, the president of the House of Representatives stated that “the future is America’s resistance, greatness of the United States. “” The United States will always prevail and we will survive, even after what we went through a year ago, “he asserted.

Yesterday, the White House spokeswoman said that Biden “will emphatically reject the lies that the former president spread in an attempt to deceive the American people and his own followers, as well as distract from their own role in what happened. “

“The president will explain the significance of what happened on Capitol Hill and the sole responsibility Trump has for the chaos and carnage we experienced that day, “Psaki stressed.

He also stressed that the president considers January 6, 2021 as a “tragic culmination of what the four years of the term of Donald Trump did to the country, which, in his opinion,”undermined the Constitution and ignored his oath to the American people in an attempt to amass more power for himself and his allies. “

McConnell accuses Democrats of “blowing up” the anniversary

The Republican leader in the United States Upper House, Mitch McConnell, who a year ago pointed directly to Trump as responsible for what happened on Capitol Hill, has accused the Democrats to “exploit” politically the anniversary of the attack.

“It has been surprising to see some Democrats in Washington try use this anniversary to advance partisan political goals that existed long before this event, “McConnell said in a statement in which he described the assault as a “dark day for Congress and for our country.”