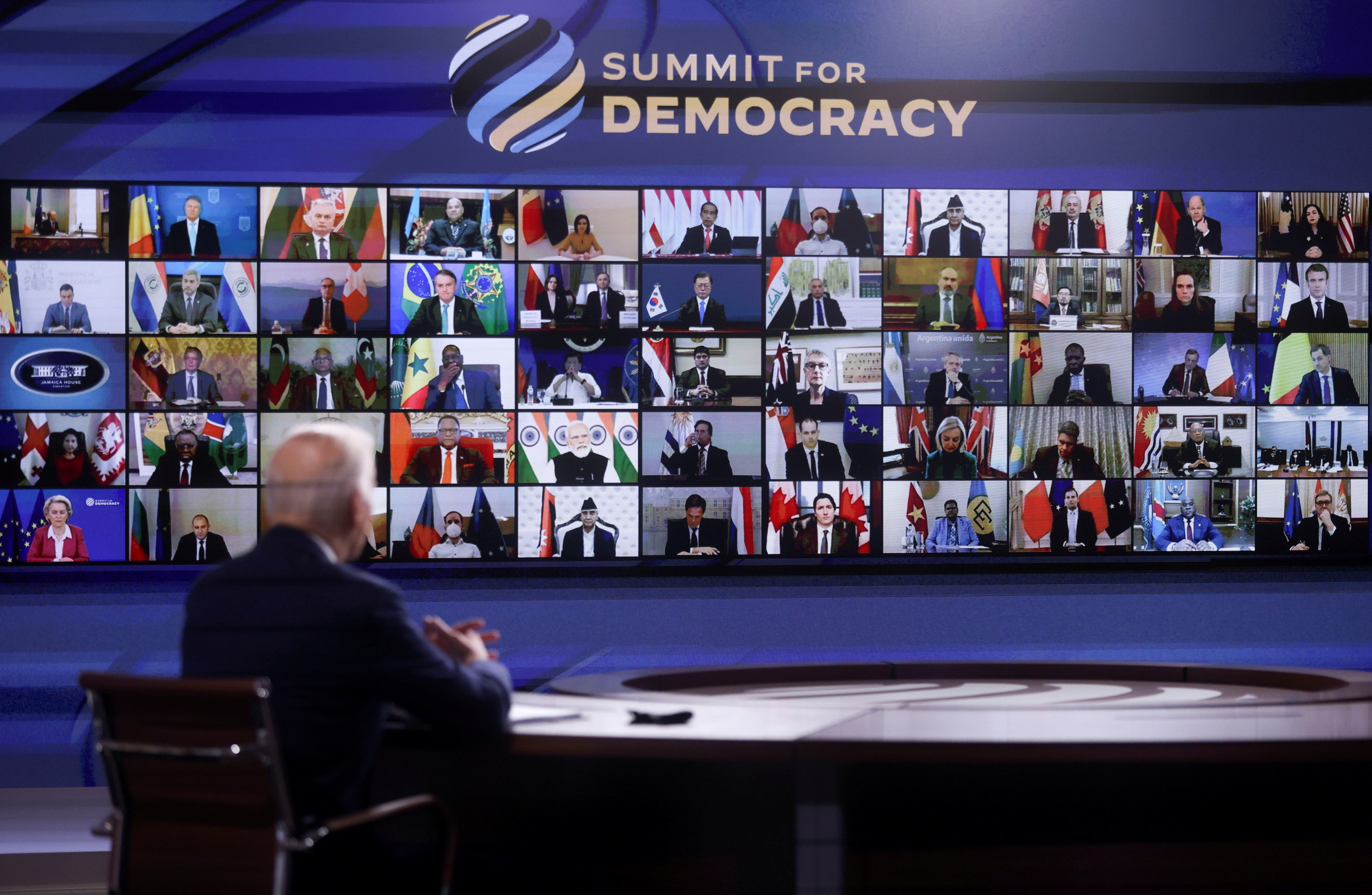 Joe Biden opened the International Summit for Democracy on Thursday with a message of alarm at the increasing attacks on the democratic model. He also called on the international community to “close ranks” and reach “concrete commitments” in the face of the rise of authoritarian regimes. The meeting, a personal initiative of the president of the United States, was held virtually the same week that Washington promoted a diplomatic boycott of the Beijing Winter Games for human rights abuses – an action to which countries like France they have declined to join for now – or launched a wave of sanctions against the populist government of Nayib Bukele in El Salvador, also alone. The summit takes place at a time when it becomes palpable that the block that Biden claims is not consolidated.

The US leader warned of “pressure from autocrats.” “They seek to gain more power, export and expand their influence in the world and justify their repressive practices as a more efficient way to face current challenges. This is how they sell it, ”he said. The Chinese regime, one of those excluded from this call, published this weekend a document entitled neither more nor less than China, a democracy that works in which he argues that “there is no fixed model of democracy.” The text defends that the Chinese authoritarian system has functioned better in the face of a problem such as the pandemic than that of the United States, where “polarization” has dominated.

Biden spoke of the “continuing and alarming challenges” facing democracies and human rights. Democracy, as he likes to repeat, “does not happen by accident” and cannot be taken for granted. Hence, he claimed “defenders” for the cause. The president gave as an example the setbacks reflected in annual reports from organizations such as Freedom House or the Institute for Democracy and Electoral Assistance. He encouraged leaders and civil society in democratic countries to “close ranks”; to reaffirm their shared values; and to make concrete commitments to combat authoritarianism and promote human rights around the world.

See also  John Lurie: 'If I could teach people anything, it would be about living in the moment'

Complications arise when it comes to materializing those ideas. The very list of countries invited to this conference has been controversial. The United States has invited Brazil, Iraq or the Philippines, but has excluded Russia, El Salvador, Guatemala or Nicaragua. Both the Xi Jinping regime and Moscow have criticized the summit as a way to create divisions.

Biden cited the last words that Congressman John Lewis, one of the last icons of the Civil Rights struggle of the 1960s, passed away last year: “Democracy is not a state, it is an act.” As a gesture in this direction, it has announced the donation of 424 million dollars for anti-corruption programs and the promotion of independent media. After Biden, leaders such as the president of the European Commission, Ursula von der Leyen, took the floor, who warned of the “erosion of democracy”: “The silent spread of autocracies can occur very quickly.” For his part, the Spanish president, Pedro Sánchez, defended “a new social contract” to fight against economic inequality, one of the factors that in his opinion most weakens democracy, and thus “to restore trust and credibility in the institutions.” .