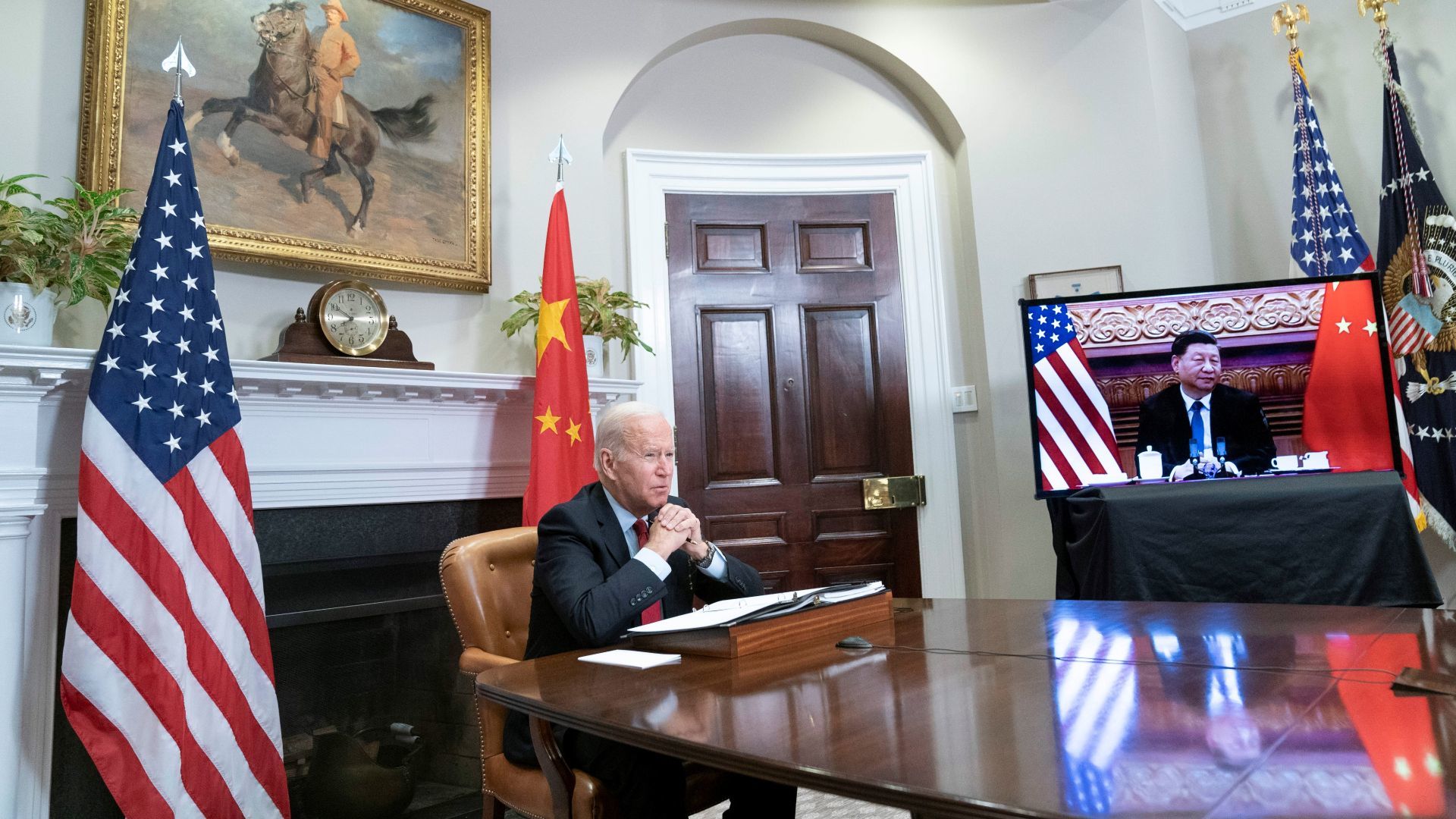 US President Joe Biden and his Chinese counterpart Xi Jinping They have started a virtual summit this Monday -the first between the two leaders since the American came to power- in which Washington has stressed the need to avoid “conflict” between the two countries and Beijing has advocated for better “communication”.

Biden has assured that “the competition between the two countries must not become a conflict, whether intentional or not, “during this exchange that comes at a time when disputes between Washington and Beijing are accumulating.

The conversation between the two leaders, which began at 7:45 p.m. Washington time, could last “a few hours,” White House spokeswoman Jen Psaki said earlier in the day. But, in both Washington and Beijing, expectations are moderate regarding this debate, which should not lead to “concrete results,” he warned.

Chinese Foreign Ministry spokesman Zhao Lijian said Monday that the two leaders “will have a frank, in-depth and comprehensive exchange of views” on their bilateral relationship, which is at a “critical juncture.”

Xi calls for developing “healthy” relationships and “coexisting in peace”

Xi Jinping ha pedido a Biden develop “healthy and stable” relationships and has affirmed that “China and the United States must respect each other, coexist in peace, cooperate, properly manage internal affairs and assume their international responsibilities,” according to the state news agency Xinhua.

According to the source, Xi has conveyed to Biden that is “ready” to work with him when it comes to “building consensus” and “taking steps” to redirect relationships.

The Chinese president has stressed that “China and the United States are at a critical stage of their development” and that both countries have the obligation to maintain a “peaceful and stable” international order.

For his part, the president of the United States has said that seek an “honest and direct” conversation with Xi and has assured that this dialogue must include how to ensure “a simple and direct competition” between Washington and Beijing.

“We need to establish some common sense barriers“said Biden, according to the pool of the White House journalists who witnessed the start of the meeting.

The US president also alluded to the long relationship he has had with Xi as leaders of the two main world powers: “We have always communicated honestly and frankly. We have never been wondering what the other is thinking.”

After this first intervention by Biden, Xi has assured “to be happy to see an old friend“, and has affirmed that the United States and China must” increase their cooperation and collaboration “.

The virtual meeting comes after the telephone conversation between the two leaders last September, in which Biden and Xi recognized their responsibility to ensure that the “competition” between their respective countries “do not lead to conflict.”

The relations between the two powers deteriorated during the presidency of Donald Trump (2017-2021) with scuffles in fields such as commercial, technological, diplomatic, security, on account of human rights and the situation in Taiwan.

In recent meetings between officials from both countries, the United States reiterated to China your concern for human rights in the Xinjiang region, in Hong Kong, and the situation in the South China Sea.

For its part, Beijing expects Washington to adopt “rational and pragmatic policies” and not to use “sovereignty and security issues” to “interfere in China’s internal affairs.”

how to watch, kick-off time and where it’s being played

The missing Employment Bill is a big omission – Betsy Williamson