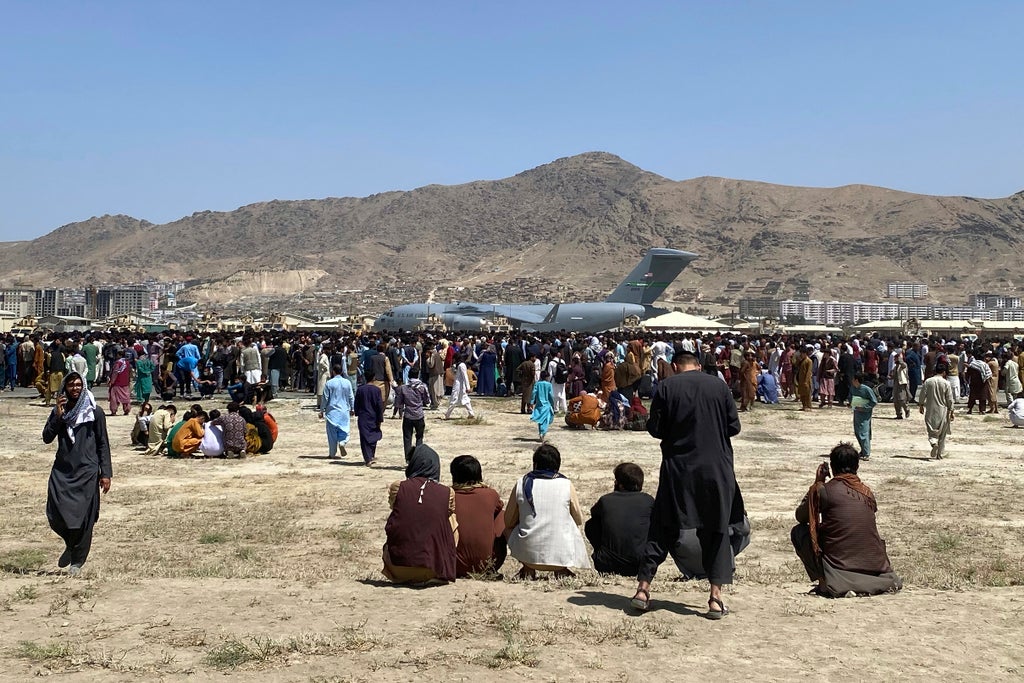 An after-action report of the final withdrawal of US forces and civilians from Kabul faulted the Biden administration for the chaos that unfolded in the final days of the occupation of Afghanistan.

In the declassified report, published by Washington Post on Saturday evening, officials at the Pentagon said specific decisions (or lack thereof) contributed to the problems faced by US forces, who were tasked with securing and holding Hamid Karzai International Airport as greater Kabul fell to the Taliban.

At particular fault for delays in the evacuation process was the number of US State Department officials still in the country, according to the document, which faulted that agency for numerous issues officials said contributed to delays and confusion.

According to the report itself: The “[d]elay in embassy staff drawdown, NEO declaration, and lack of agreed upon [indications and warning procedures] increased risk to mission upon [noncombatant evacuations operations] execution.”

In another part of the report, the State Department is faulted for separately rotating in a new team of embassy staffers in the middle of the evacuation process, a move the Defense Department said “caused confusion as the new consular team established operations” given the hundreds of US civilians and Afghans seeking passage out of the country through an unfamiliar application process.

“Consular staff did not have sufficient manning to supervise all processing at the gates which often led to Department of Defense (DOD) personnel at the gates making on the spot calls on paperwork,” reads the report.

Those “on the spot calls” were being made by US soldiers, likely with little experience in State Department processes, attempting to verify papers from people in the throngs of civilians surrounding the airport, leading to confusion and more issues.

Overall, the report paints a picture of bureaucratic decisions weighing down the effectiveness of US forces attempting to conduct an orderly evacuation in the final days of the occupation. This ultimately led to the “confusion” that translated on Kabul’s tarmac last summer to horrific scenes of desperate Afghan civilians attempting to cling to departing US aircraft, leading to casualties, as well as the attack on US forces and nearby civilians at the airport’s Abbey Gate that led to the deaths of more than a dozen US soldiers.

The chaos and disorder of the evacuation itself comes coupled with continued criticism the US government, and Pentagon specifically, has faced for months over a US military strike that was originally said by the US to have taken out Isis-aligned fighters bound for Kabul’s airport but was instead revealed to have been based on bad intelligence and resulted in the deaths of 10 Afghan civilians including several young children.

The Biden administration has struck a defensive tone on the issue of US credibility in the wake of such incidents, and in multiple cases press officials for the government have lashed out at reporters in recent days for questioning the official assertions of the US military.

Indeed, White House press secretary Jen Psaki mistakenly claimed on Friday that “there was no after-action report”, and referred to the documents obtained by the post as “a range of FOIA documents” detailing interviews with members of the military, despite the first slide of the declassified documents specifically reading: “Operation Allies Refuge After Action Review”.

At the same briefing on Friday, Ms Psaki claimed that the Biden administration welcomes scrutiny of their public statements.