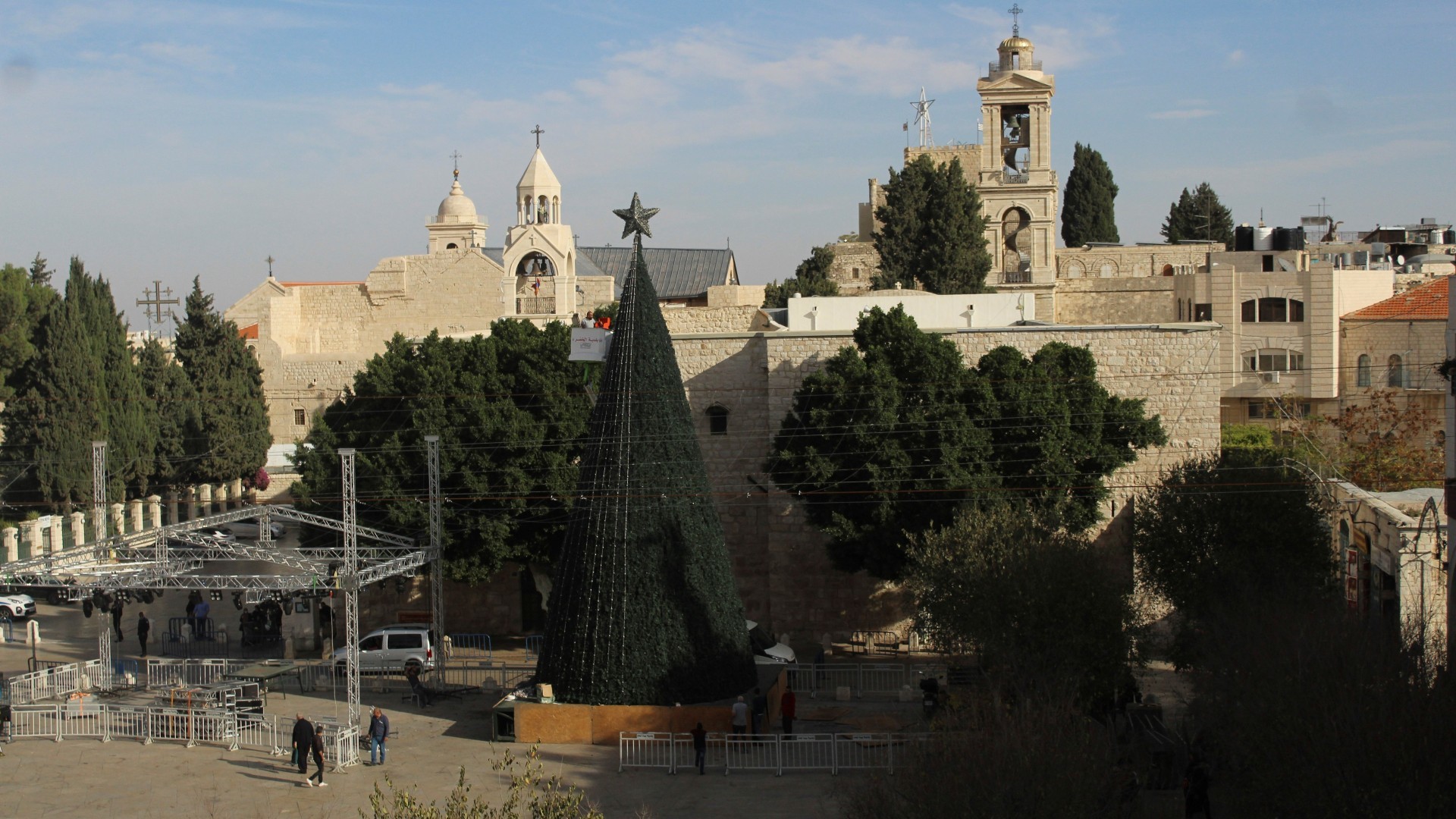 Shukri Batarseh watches life go by from the entrance of his gift shop on Bethlehem’s central Manger Street. This Palestinian, who is around 80 years old, is a living memory of a city that, in addition to being considered the cradle of Christianity, has suffered countless wars and crises.

Old Shukri, however, acknowledges that This new invisible and treacherous enemy – referring to the coronavirus – is putting him against the ropes. It came to have three stores in which more than 40 people worked; crowded with tourists and pilgrims almost always.

Today he only maintains the small premises where he serves us. He has plenty of time because there are no customers and the store is strategically located between the bus station and the slope that leads to the Church of the Nativity, the place where Jesus was born, according to Christian tradition. “We only work if there are international tourists and for almost two years they have not arrived”, He laments as he dusts off some of the hundreds of nativity scenes carved in olive wood, the most traditional gift; the best seller before the pandemic started.

Bethlehem is one of the Palestinian cities most affected by the coronavirus both in pandemic and economic terms. Surrounded by walls erected by Israel, its economy has always depended on tourism, the worst hit sector in almost two years. Until then, 80% of its 30,000 inhabitants lived directly or indirectly from tourism: hotels, restaurants, artisans, factories, tourist guides …

“We reached 40% unemployment. Now he’s at 25 because many workers have sought their lives in other sectors, “says Mayor Anton Salman. Most have gone to construction, to Israel, where there is always work, even if it is poorly paid.

Dozens of hotels closed long ago, such as the historic and centenary Jacir Palace, others have rented part of their facilities for other businesses or keep some floors open. The word most often repeated by those affected is “survival.”

Without direct financial aid, but with constant restrictions

“We have not received any financial aid. I haven’t worked for a long time and I survive thanks to my family ”, criticizes Abood, who until 2019 was a tour guide. From the Ministry of Tourism of the Palestinian Authority they explain that they have only been able to offer them tax exemptions because they do not have funds due to the crisis and the Israeli siege of the city, which conditions their lives and their economy.

Since the beginning of the pandemic, Israel has been one of the countries with the most drastic restrictions. It soon closed its borders and tourism collapsed. It reopened a few weeks last November, but with the appearance of the omicron variant it has closed them again.

Israel concludes that a third dose of the vaccine is desirable

“We had hopes that this Christmas would be better than 2020, the beginning of the recovery, but we already know that it will not be like this,” Shukri resigned. In the absence of international tourists and pilgrims, his hope is some Israelis or Palestinians from other cities in the West Bank. But most of them being Jewish or Muslim, they have little or no interest in acquiring nativity scenes or nativity scenes. “Hopefully this will be over soon because we don’t know how long we can stay like this,” adds Shukri. “Without tourists or pilgrims, Bethlehem is not the same.”