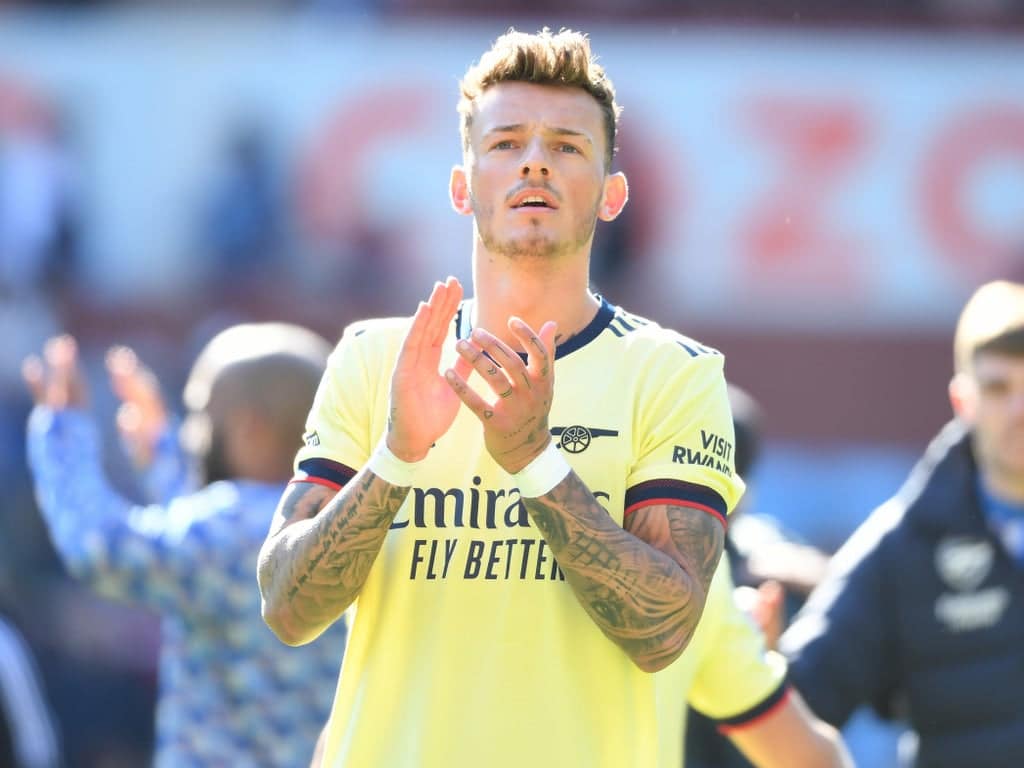 It is nearly five years since Ben White’s first proper taste of professional football during a formative season spent on loan in League Two. “You go there and everything is completely different,” he says of his year at Newport County. “You’re having a curry for your pre-match meal!” That was not the only thing that could get a bit spicy, either.

“In my first game there was a punch-up at half-time, between our own players in our own dressing room.” White, a 19-year-old who had only really known the rather more sanitized environment of academy football, quickly realized the stakes had got a lot higher. “I didn’t want to make any mistakes, that’s for sure.”

But even if it was a little intimidating initially, the Arsenal centre-half can look back on that time now with fondness.

“It was one of the best years of my life,” he says, sitting at St George’s Park after winning back his place in Gareth Southgate’s England squad. “They were all experiences I had and I think when you go play in those leagues, you see what you should be doing and probably stuff you shouldn’t be doing to get to the next level.”

Even up until that point, White’s path to making it to the professional ranks had not been particularly straightforward. At 16, he was released by Southampton. “I was going for a meeting and got told I wasn’t going to get anything, Mum took me and our chat was a little bit quiet on the way home.”

White bluntly admits that he was not surprised to be let go. “I wasn’t good enough when I was younger. I was a late developer. I was probably as tall as I am now but really skinny, gangly, couldn’t really run. And I didn’t play at all when I was there.”

See also  The map of the war: Russia intensifies its offensive in Severodonetsk to take the Luhansk region

Trials and tribulations followed, quite literally. While looking for a new club, he only made it as far as day two of a three-day visit to Bristol Rovers because the training sessions consisted solely of running up big hills. “It absolutely killed me, I couldn’t do it.” Leicester City had a look and decided they were not interested.

“I didn’t know if I wanted to carry on,” he admits. “If they don’t want you, other teams at the same level [won’t]so it was kind of a feeling of: ‘Where do I go from here?’” White had not given serious consideration to plan B. In fact, he is honest enough to admit that he did not spend much time working out plan A either.

“I don’t think I ever thought about being a professional,” he says. “It sounds weird obviously playing for that many years, I kind of just went with the flow.” That made the uncertainty of being released only harder to handle. Brighton and Hove Albion eventually offered a scholarship, with a tight deadline for the decision.

After chatting with his mum, White signed a deal that ultimately worked out well for both parties. The player had seven years at one of the most progressive, forward-thinking clubs in the country and three loan spells – including that year at Newport and another winning the Championship under Marcelo Bielsa at Leeds. The club had one of the country’s best young centre-halves and earned a full £50m profit on him last summer.

This is White’s first England call-up since joining Arsenal and first since being the 26th squad member at the European Championship. Though a multi-million pound move to become a regular starter at one of English football’s biggest clubs would have cemented his international place in the past, Southgate selects on merit rather than reputation and White has had to wait for this return.

A shaky display on his debut for Arsenal, in the 2-0 defeat to Brentford on this Premier League season’s opening night, might have cost him a few caps.

“The start of the season was tough,” he says. “We had the first game and it wasn’t ideal for me, I didn’t play very well and then I got Covid so I was out for another two games. It was hard to get started.”

His performance against Brentford drew criticism from Gary Neville and Jamie Carragher appearing as pundits on Sky Sports. Neville said White would be a “target” for opposition strikers. Carragher doubted whether he would be able to compensate for a perceived weakness aerially.

“I saw it,” White says. “I think it was the first time I’ve actually been singled out [for criticism]. It’s never a nice feeling, it is not very good, but it just gives me more incentive to go out there and do well.

“Obviously you have to look at it and see what they’ve said and some of the stuff they said was true that game. It wasn’t my best,” he adds, but it has not kept him up at night. “I think if I thought about it too much or kept listening to it back all the time it would only affect me, so I think I’d rather just leave it and move on and try to do better.”

And White’s form since, as one of the key figures in a new and improved Arsenal, has only justified the £50m outlay. And, given the high-profile struggles of some ahead of him in the England pecking order, these friendlies are White’s chance to stake his claim on him.

A spot in the World Cup squad would certainly be a long way from curries and punch-ups in Newport.