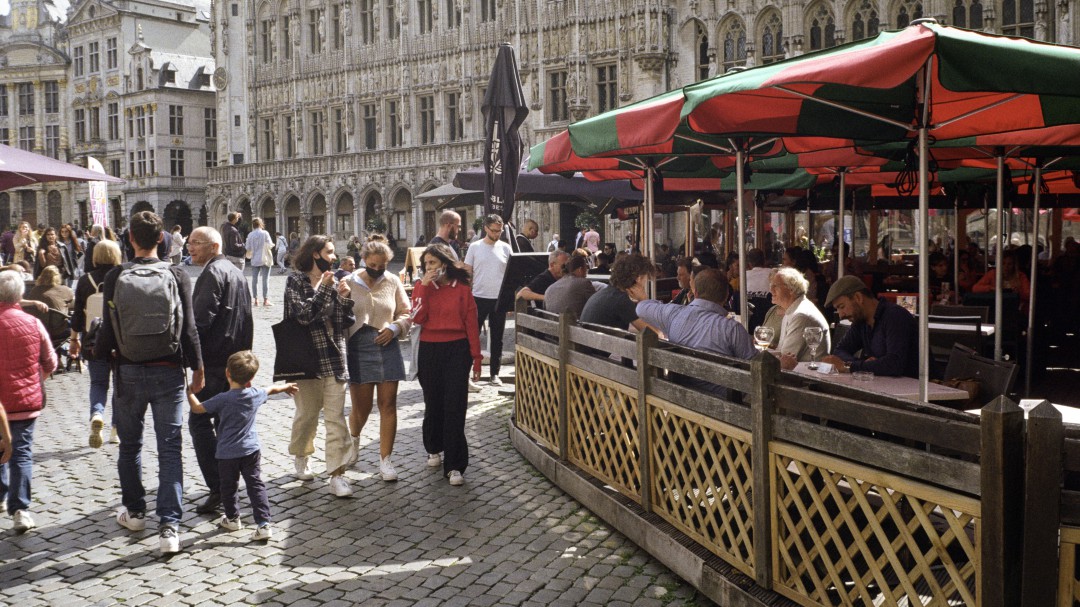 Belgium this Wednesday has tightened measures to stop a fourth wave of COVID-19, with the return to compulsory teleworking four days a week and the reintroduction of the widespread use of masks indoors, but it will not close sectors or confine specific groups as they have made other European countries.

Belgian federal authorities further confirmed that a booster dose of the COVID-19 vaccine will be administered to the entire population, although the date from which it will be available will be determined in the coming weeks.

“The philosophy is to maintain openness, but with reinforced security measures,” Belgian Prime Minister Alexander de Croo told a press conference. “The decisions have not been easy to make, it is disappointing to have to adopt measures again, but what we have decided is a minimum,” added Health Minister Frank Vandenbroucke, who insisted that the country is experiencing “an explosion” of infections and that “even vaccinated people end up in the hospital.”

The consultation committee that decides on the management of the pandemic in Belgium brought its meeting forward to this Wednesday, initially scheduled for Friday, given the worsening of all indicators.

Between November 7 and 13, an average of 10,283 new infections were detected per day, which represents an increase of 27% compared to the previous week, while deaths increased by 11%, to 25.6%. average, according to figures from the Institute of Public Health.

From November 20 to December 13, teleworking will once again be compulsory for four days a week, while from December 13 onwards you can go to the office two days a week. This should make it possible to decongest public transport and prevent infections, the government indicated.

The other main measure is the expansion of the use of the mask, which will become mandatory inside establishments or leisure places even when the certificate has been requested to enter COVID-19, which proves that a person is vaccinated, has tested negative in a PCR test in the last 48 hours or has passed the disease.

The measure will affect restaurants, cinemas, museums, concert halls, theaters or other cultural establishments, as well as public or private events when they exceed 50 people indoors or 100 outdoors, thresholds that have also been lowered.

On the other hand, the age from which it is required to wear a mask indoors is lowered from 12 to 10 years, although regional and local authorities are left with the margin to decide how to act in schools.

“We must return to the culture of the mask in a generalized way and quality masks,” said the Minister-President of the Wallonia region, Elio di Rupo.

Agreement on the obligatory nature of the vaccination of health workers

There was also an agreement at the federal level regarding the mandatory vaccination in the health sector as of January 1. “We believe that it is a duty that everyone who works in Health should be vaccinated to protect himself, his patients and his colleagues,” said the Minister of Health.

In addition, it was agreed that the regions legislate locally so that those who work in hospitals, even if they are not health professionals, such as cooks, also have the same obligation to be vaccinated to be able to keep their job or else they will have to go to unemployment from April 1, like the rest of the professionals in the sector.

The prime minister also pointed out that they have asked the experts for a reflection to see what strategies to implement to increase vaccination rates, which in Belgium are at 75% of the general average in the country, but with Brussels lagging behind by 65%. .