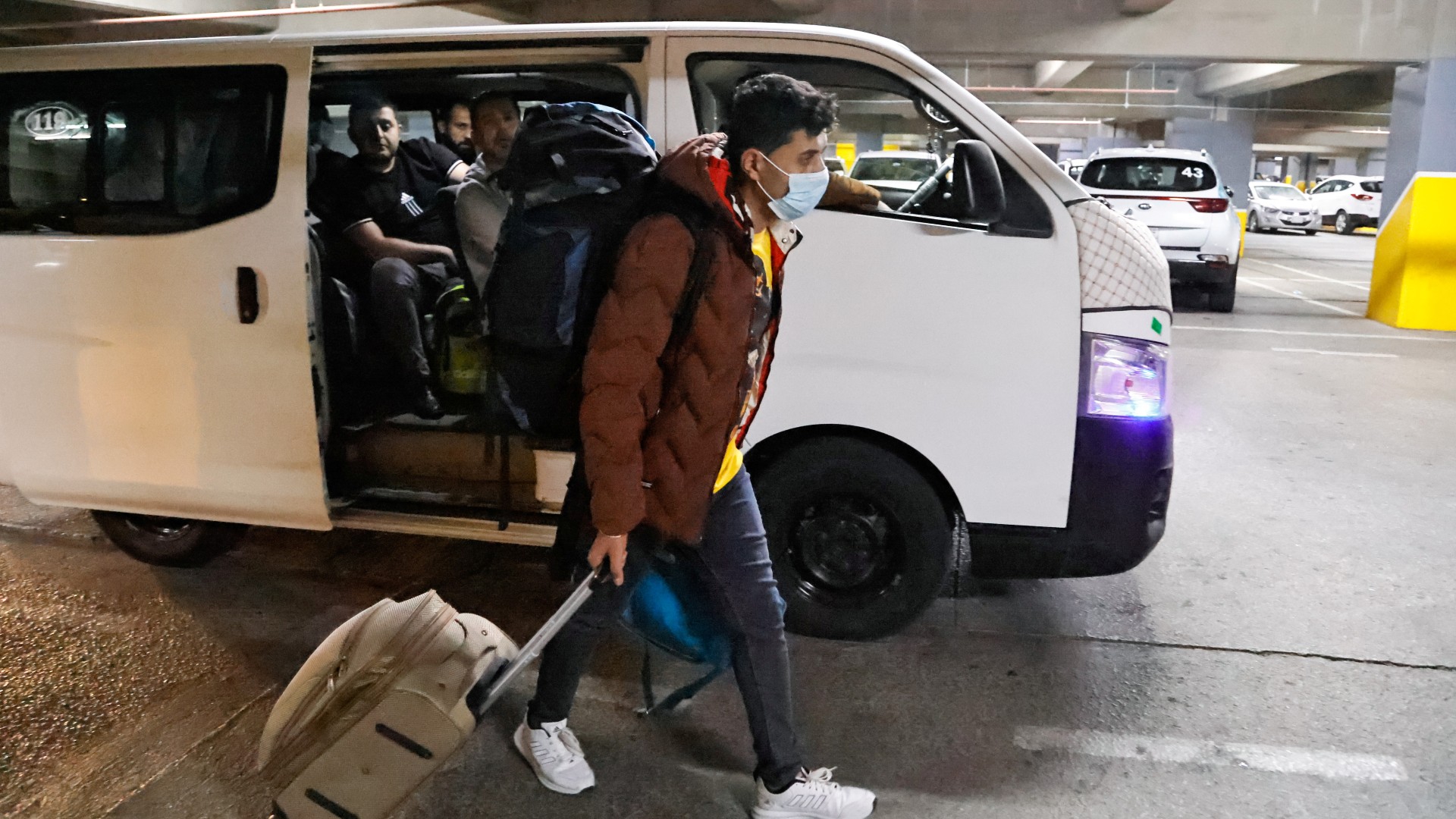 Belarus has asked the European Union (EU) to open a humanitarian corridor to facilitate the return home of some 2,000 migrants who are trapped on the border with Poland. According to the spokesperson for the Presidency, Naralia Eismont, Belarus would help the return of the 5,000 remaining refugees. In fact, this Thursday the first repatriation flight from Minsk with more than 400 people on board.

The request took place during a conversation between Belarusian President Alexander Lukashenko and German Chancellor Angela Merkel, who has agreed to talk about the possibility of establishing a humanitarian corridor to Germany. This Wednesday, both leaders agreed to start negotiations between the EU and Minsk in order to resolve the migration crisis.

Migrants sleep in a camp

Currently, Belarus estimates that there are about 7,000 refugees in the territory and 2,000 of them are in a field on the border, “although it is estimated that between 200 and 500 are scattered along” it, Eismont explained. The spokeswoman has clarified, however, that the work of the Belarusian immigration service is already bearing fruit. “We keep our promises. Meanwhile, the EU has not honored one of its obligations,” he insisted.

The truth is that thousands of migrants continue to spend the night in the open, in an increasingly icy climate. In a cruel sign of the harsh conditions, a couple told the Polish Center for International Aid on Thursday that her one year old son had died in the woods. Previously, it had been estimated that at least eight people had died at the border in recent months.

The first repatriation flight leaves with more than 400 migrants

“We are ready to fulfill our commitments.” This is how the spokesperson for the Belarusian Presidency announced the launch of the first repatriation flight, which left Minsk for Baghdad on Thursday at 3:42 p.m. local time (12:42 GMT) with more than 400 migrants.

As reported by the spokesman for the Kurdish regional government, Jutiar Adel, the plane has arrived at Erbil airport with 431 migrants on board. Adel also took the opportunity to announce that the Kurdish-Iraqi authorities had arrested ten smugglers dedicated to taking people to Europe.

“The Kurdistan Regional Government punishes anyone who takes people from the region to other countries through deception and human trafficking,” added the spokesman, who has asked citizens of the entity to have watch out for these smugglers.

For its part, the Iraqi government has not provided details on whether more repatriation flights will be chartered, although Kurdish sources had already indicated that there are between 7,000 and 8,000 Iraqi Kurds on the border.

At the beginning of August, Iraq suspended flights to Minsk, after Baghdad was pressured by the international community to stop the illegal immigration of Iraqis crossing from Belarus to Lithuania.

While the tension on the border between Belarus and Poland continues to increase due to the migration crisis, the Parliament of Ukraine has approved with 271 votes in favor a law allowing the border guard to use force through the use of weapons and special teams to prevent “illegal actions”.

Tension situation on the eastern border of Ukraine

This law gives border guards the right to use and apply coercive measures such as the physical pressure, special means, firearms, military equipment and other means. In particular, to protect the state border of Ukraine, visual and technical monitoring means, lighting and signaling equipment may be used.

The type of measures and the intensity of their application will be determined in each specific case, based on the “nature of the crime” and the individual characteristics of the person who committed it. However, the rule states that the force It may not be used against pregnant women, the elderly, children and people with disabilities, except in cases where their behavior directly threatens the life of the Ukrainian military.

Ukraine, which shares 1,084 kilometers with the neighboring country, more than twice that of Poland with Belarus, decided to reinforce the Ukrainian-Belarusian border with 8,500 troops from the border guard, the national guard and the police to prepare for a possible repetition of the humanitarian crisis.

G7 calls for stopping “insensitive” use of migrants

The G7 foreign ministers have condemned the “Insensitive” use of migrants by Belarus on their borders with the European Union (EU) and have expressed their solidarity with the EU countries affected by this migratory pressure.

“An aggressive and exploitative campaign“

Leaders have urged the Alexandr Lukashenko regime “to immediately cease its aggressive and exploitative campaign to avoid further death and suffering.” They also wanted to make clear their “solidarity” with Poland, as well as with Lithuania and Latvia, which “have been the target of this provocative use of irregular migration as a hybrid tactic ”.

“The actions of the Belarusian regime are an attempt to divert attention from his constant disregard for international law, fundamental freedoms and human rights, including those of their own people ”, they stressed.