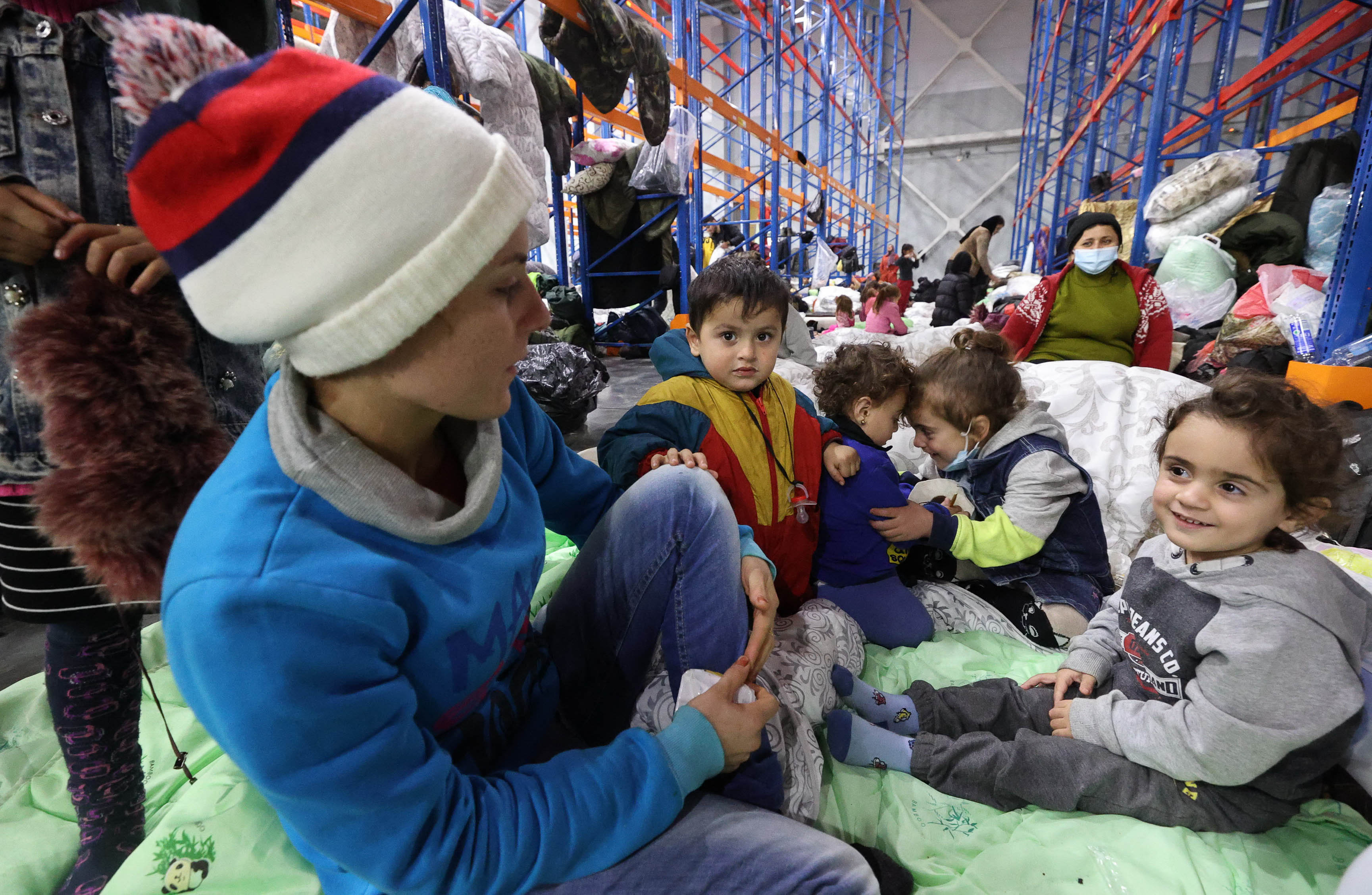 Belarus has moved hundreds of migrants camped at the Kuznica-Bruzgi border crossing with Poland, the hot spot of the crisis, to a temporary shelter – a logistics and transport center – in the nearby town of Bruzgi. As reported on Thursday by the Belarusian news agency Belta, the migrants have been divided into groups and taken to a nearby transport and logistics center. The transfer has been coordinated by the Government of the Grodno region on the orders of Belarusian President Aleksandr Lukashenko. The Minsk authorities have reported that there are about 7,000 migrants on Belarusian soil.

According to a spokesman for the Lukashenko Executive, Belarus would be willing to return 5,000 of them to their countries of origin, while the other 2,000 would have to be taken in by the European Union. This spokesman, quoted by Belta, has stated that the Belarusian president communicated this to the German Chancellor, Angela Merkel, in the telephone conversation they had last Wednesday, the second this week.

On the Belarusian side, a group of foreigners is wandering at the border crossing in Bruzgi – it’s a new camp. In the old one, a few hundred meters away, there are still people. In total, there are about 1,000 foreigners in the region, while the rest were taken by the Belarusian services. pic.twitter.com/o7nl4CWWzZ

The Polish Border Police had reported this Wednesday on its Twitter profile that the Belarusian authorities were emptying a border camp and transferring its occupants to an unknown location. In the videos posted on the Internet by this body it is seen how hundreds of people with their belongings are transferred in line and on foot outside the border between Belarus and Poland.

See also  Honeybees are first non-human animals with ability to differentiate between even and odd numbers, study finds

The Belta agency has shared images of the migrants at the Bruzgi Transport and Logistics Center. They are seen lounging on mattresses and blankets on the floor, and surrounded by food packages. According to this state-owned news agency, most of the migrants had expressed their intention to continue trying to enter the European Union. These, according to Belta’s version, would have chosen to take refuge in this center of Bruzgi in the face of the cold and rain that they were suffering in the last nights.

At the border, on the Belarusian side of the barbed wire that separates the two countries, at least a thousand people follow. Poland has denounced half a thousand new attempts to cross the border on Thursday. In the last hours, the Polish Army has detained about a hundred people who were trying to cross the border crossing and has accused the forces of the neighboring country of provoking the operation.

The search for a solution is focusing diplomatic activity in recent days. This Wednesday, Belarus claimed to be “in negotiations” with Brussels to resolve the crisis, but the European Commission only confirmed the existence of “technical discussions” on the repatriation of migrants at the border to their countries, said one of its spokespersons. The Commission “will have technical talks on repatriation with the United Nations High Commissioner for Refugees, with the International Organization for Migration and with Belarus,” he said.

In the telephone conversation on Wednesday between Lukashenko and Merkel, the German Chancellor “stressed the need to provide humanitarian aid and repatriation options” with the United Nations and “in cooperation with the European Commission,” said her spokesperson, Steffen Seibert. She is the first Western president Lukashenko has spoken to since her controversial re-election in August 2020, which sparked a protest movement repressed by the authorities. Seibert, in fact, limited himself to referring to the Belarusian leader as “Mr. Lukashenko.”

See also  Cheers, tears and celebrations as football returns to Gigg Lane for the first time in three years

This Thursday, about 430 Iraqis are also expected to return to their country, on a repatriation flight managed by the Iraqi government earlier this week. The measure was adopted under pressure from Brussels to Baghdad.