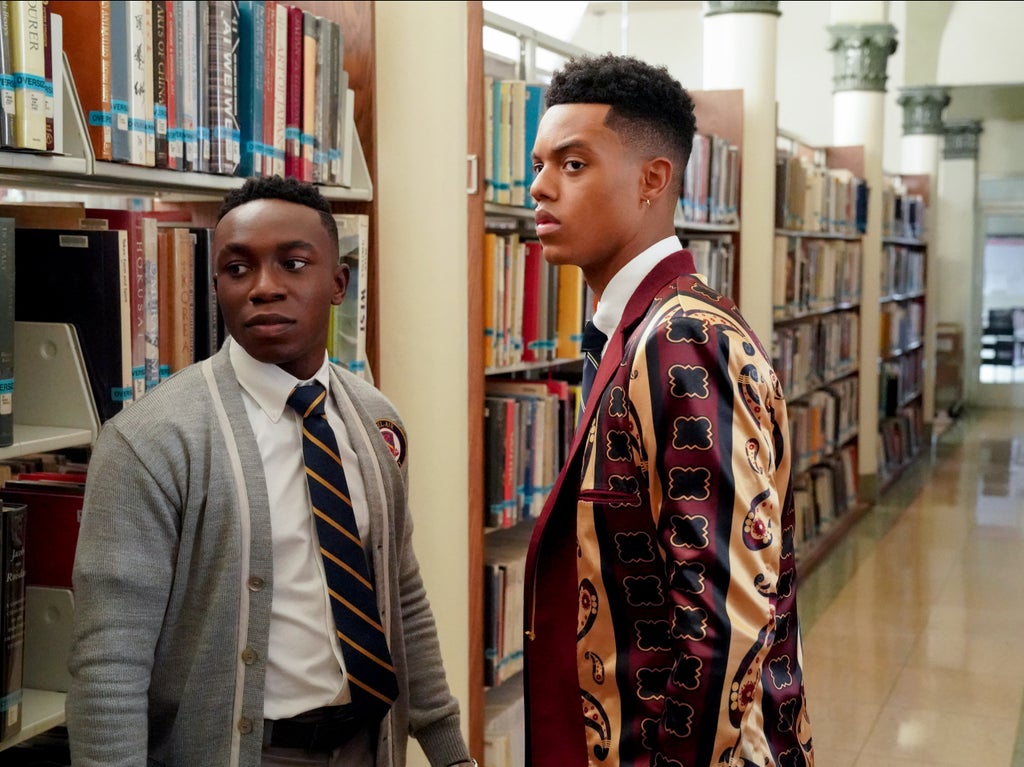 Transforming one of the most popular sitcoms of all time into a drama can’t be an easy task. But writer and director Morgan Cooper gives it a good go with Bel Air, an updated retelling of the fish-out-of-water classic that cemented Will Smith as a multi-disciplined talent over 30 years ago. While The Fresh Prince of Bel-Air told the story of a Black teen moving from “the hood to the Hills” through comedy, this reboot explores the darker elements that such a move entails. At a time when threats to Black American life and opportunity are documented daily through social media, it makes some sense to present the same premise with more of a straight face – even if it’s a little less fun.

In Bel Air, our main character is still – like in the original series – called Will Smith. It’s a move that makes sense for the revival of the story, but is slightly jarring when not matched with the expected face. He’s now played by charismatic newcomer Jabari Banks, who we first meet at home in West Philadelphia. He has everything going for him: he’s the star of the school basketball team, gets top marks in his exams and looks set to attend a top university. He’ll have his crown soon, his mother tells him, “as soon as he finds the courage to wear it”.

One fight changes everything. A scuffle with a neighborhood troublemaker leads Will to handle an unregistered gun and spend a night in jail. Now that he’s messed with a gang leader, Will has a death warrant on his head. When his mother de ella (April Parker Jones) sees the ways that her son’s life could be ruined – or ended – if he continues down such a dangerous path, she acts fast, sending Will on a one-way trip to California to live with her sister’s wealthy family.

Presenting this premise dramatically as opposed to playing it for giggles is one of several ways that Bel Air provides a suitable space for the concept’s comic origins. Seeing a Black mother’s panic for her son’s safety is familiar for real-life reasons that are far from funny. “I’m not gonna bury my son,” Will’s mum says through tears as she drives him to the airport. “This is for your own good.”

A flight and cab ride (complete with dice hanging from the mirror) later, Will arrives at the Banks family home just as they’re throwing a party. It’s the perfect opportunity to meet Will’s cousins: food influencer Hilary (Coco Jones), social justice enthusiast Ashley (Akira Akbar) and social climber Carlton (Olly Sholotan). There’s also the regal and wise Aunt Viv (Cassandra Freeman). They’re characters that manage to be refreshing while reminiscent of the magic of the originals.

An early highlight comes during Bel Air‘s first episode, with a glimpse into Will’s relationship with Uncle Phil (Adrian Holmes). Though the two butt heads, as Will’s West Philly charm clashes with Phil’s stately manners, Phil promises to give him the best chance at a good future, if only Will tries too. It’s a touching moment and lays the foundations for what will likely be one of the show’s central relationships.

Much like your inspiration, Bel Air uses the tension of being Black – and in Will’s case, also working-class – in a predominantly white, upper-class society to explore well-worn but ever-relevant topics: who can say the n-word? How do you stay true to yourself while adapting to an unfamiliar environment? How do you figure out who “your people” really are? Admittedly, the similarities between both series might make returning fans yearn for the punchlines and easy rhythm they already know. But early episodes hint that it won’t tread the exact same path as its predecessor. The rivalry between Will and Carlton goes much further than the sibling-like teasing of the original, while battles with drugs and insecurities threaten dark consequences. Even without it looking back, Bel Air‘s slick confidence makes it a compelling series in its own right.