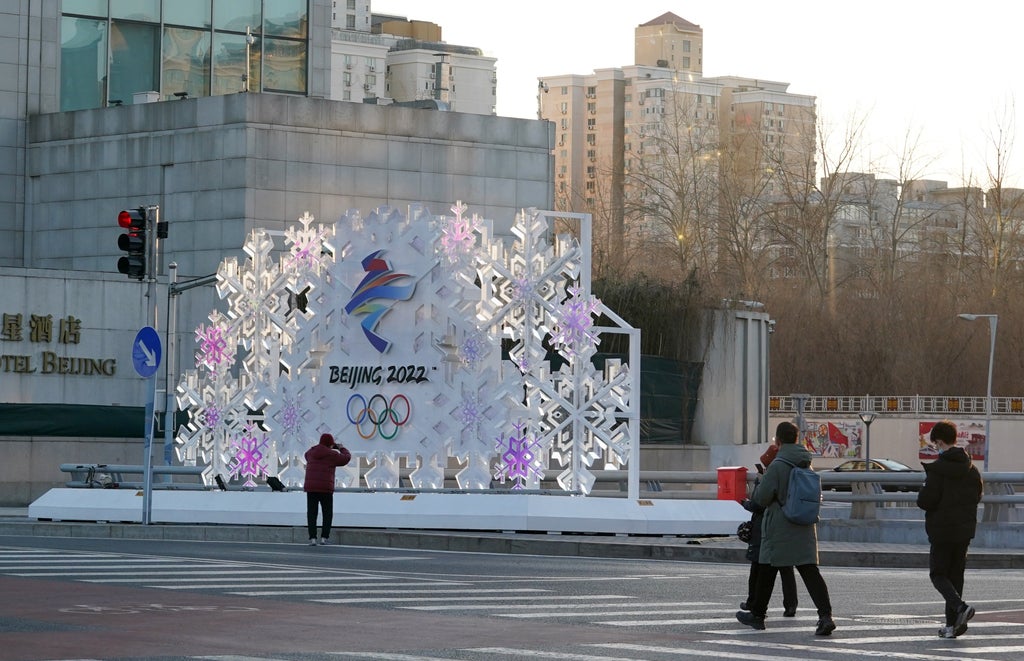 The Beijing Winter Olympics can inspire the next generation of athletes from the LGBTQ+ community, says Stonewall UK ambassador Amazin LeThi.

Outsports report there will be at least 35 out LGBTQ+ athletes competing at the 2022 Games, more than double the amount that took part four years ago in Pyeongchang.

While concerns remain over freedom of speech in the Chinese capital, LeThi believes the visibility of what will be a record number of LGBTQ+ Winter Olympians during the next month can influence aspiring athletes.

The global LGBTQ+ advocate told the PA news agency: “There is always that saying you can’t be what you can’t see and I think of myself when I was a kid, not seeing one out LGBTQ+ athlete.

“I was always told in sport that I could never be openly out so you can imagine what it would have meant to me to see Tom Daley.

“And what it will mean to an LGBTQ+ person watching the Beijing Olympics to see so many people like themselves.”

British diver Daley has championed equality throughout his career after he first revealed at the end of 2013 he was in a relationship with a man.

After the 27-year-old from Plymouth won gold at the Tokyo Games in July, he told LGBTQ+ people: “You can achieve anything.”

He received widespread praise and later commented: “I feel incredibly proud to say that I am a gay man and also an Olympic champion.”

The voices of LGBTQ+ athletes being heard in Beijing is a point of contention given the host nation’s relative intolerance and warnings of punishment for speaking out on such issues.

See also  Can you really get luxury cosmetics for less? We review subscription buyer's club Beauty Pie and how it works

But LeThi knows it is vital, adding: “It is huge. Tom has always been vocal and used his platform for positive impact.

“It always means so much in that moment when an LGBTQ+ athlete with such a high profile like Tom comes out and makes such a positive statement because in those moments LGBTQ people can suddenly see themselves.”

Vietnam-born LeThi has experienced homophobia, racism and sexism since she started her own journey in sport, firstly as a sprinter before she took up bodybuilding.

While a lack of Asian representation among the LGBTQ+ athletes at the 2022 Games disappoints the Stonewall UK ambassador, she remains hopeful the Beijing Winter Olympics can be the catalyst for an improvement in equality over the next 12 months.

“I think my greatest hope is for all of us to continue to champion LGBTQ+ equality because this is the first major sports event of 2022,” LeThi insisted.

“We know that sport brings everyone together and it will set the tone for the rest of the year.

The 2022 Games will take place during LGBTQ+ History Month and Stonewall has also urged sporting bodies to “speak up and call for better protections” at the Beijing Winter Olympics.

The LGBTQ+ charity echoed the sentiments of British Olympic Association chief executive Andy Anson, who has previously stressed that all members of the 50-strong British team will be fully supported if they choose to speak out.

Stonewall director of programs Liz Ward said in a statement to the PA news agency: “It’s fantastic to see a record number of openly LGBTQ+ athletes participating at this year’s Winter Olympics.

“Their passion and determination have inspired millions of LGBTQ+ people around the world and shows that you should never have to choose between who you are and the sports you love.

“At a time when LGBTQ+ rights are under threat across the world, we also hope that these Olympics can be a catalyst for sporting bodies everywhere to speak up and call for better protections for LGBTQ+ rights across the globe, including in China.”